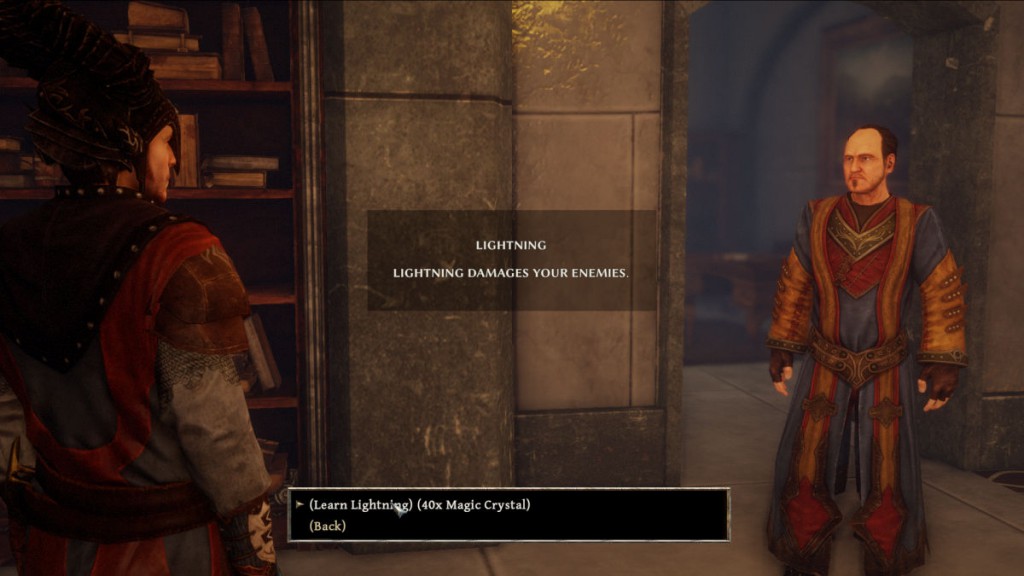 I was excited. The faction had been very secretive about their magic and this would be the very first time I used an offensive spell like this in the game. More than 14 hours played, and finally, finally I could do some damage without getting slapped around. So I ran down to an area further down on the island, found the trial golem, and gave him my best impersonation of Darth Sidious. 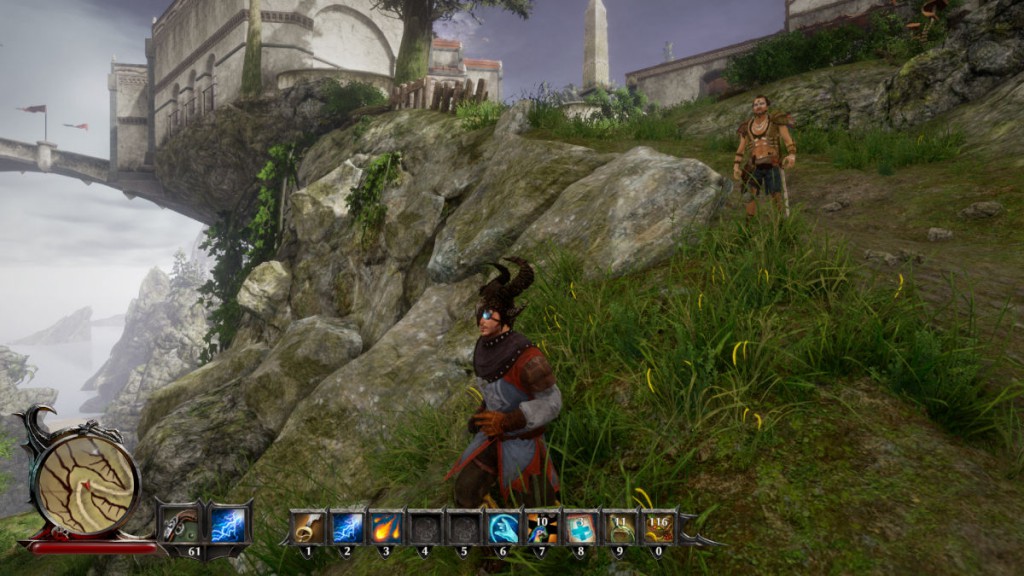 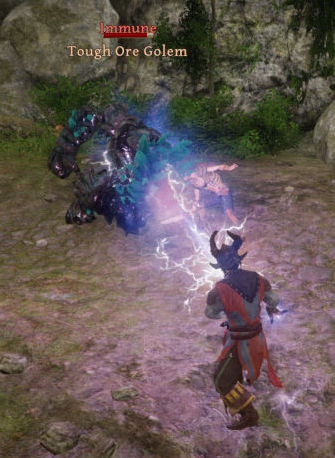 WHAT!? IMMUNE!? But… but… my experience with RPG… damn! The only damage the golem lost was from the melee hits caused by my companion. I accepted the defeat of my wisdom, and ran back. 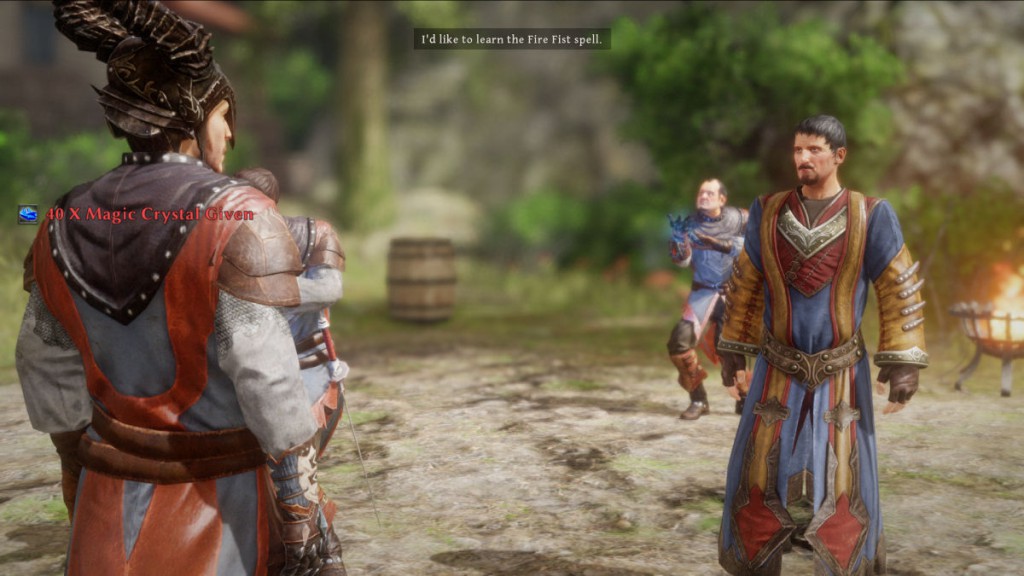 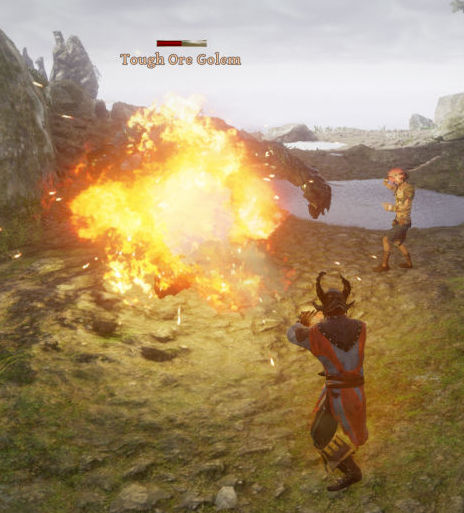 That’s better. So the golem was indeed designed to only be damaged by fire. And since this was the only enemy attached to this trial quest, it immediately completed as soon as it was killed.

And then, as I saw the quest title, I understood why it had to be killed with fire: