I never thought I’d be writing a clickbait post like this one day, but here we are. Thing is, I think these kind of posts are actually fun to write. They also work quite well at my origin of inspiration; I Played The Game!

Another reason why I’ve decided to start writing these posts is that I am in a great position to do so, having completed more than 500 games with lots of diary sessions, blog posts and screenshots to draw from.

But please, be gentle. This is my first time.

As for vertigo-inducing games, there were a lot to consider. As soon as it’s first or third person, 3D and you get just a bit up into any kind of structure, it’s easy to create a sense of vertigo. To reduce the pool of games I had to research, I made the rule of not including 2D or fake 2D games (2.5D like puzzle platform games viewed from the side) as well as MMO games of any kind. I also excluded all the Spider-Man games.

The five games I’ve chosen are not sorted in any particular order.

I completed this charming third person platform game about a month ago and I’m still shivering at the thought of the vertigo it managed to created. Especially the first major level climbing the side of a structure as well as the climb down through a dark pyramid lifted my shoulders several times. Ngnnghhgg! 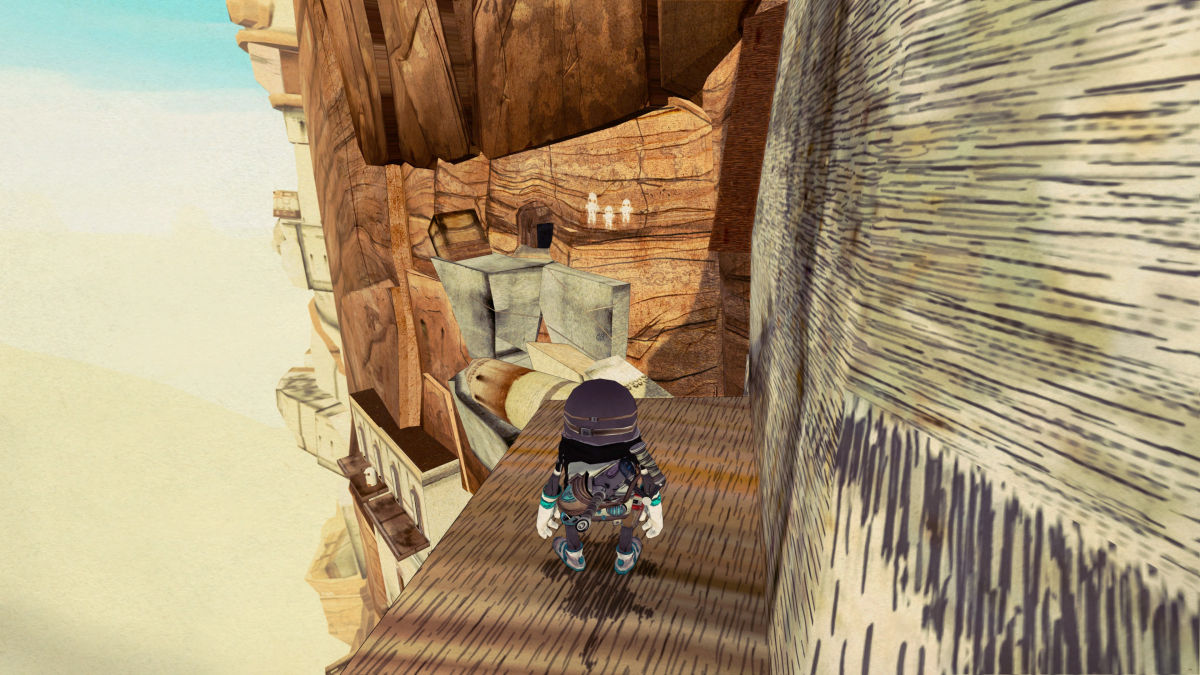 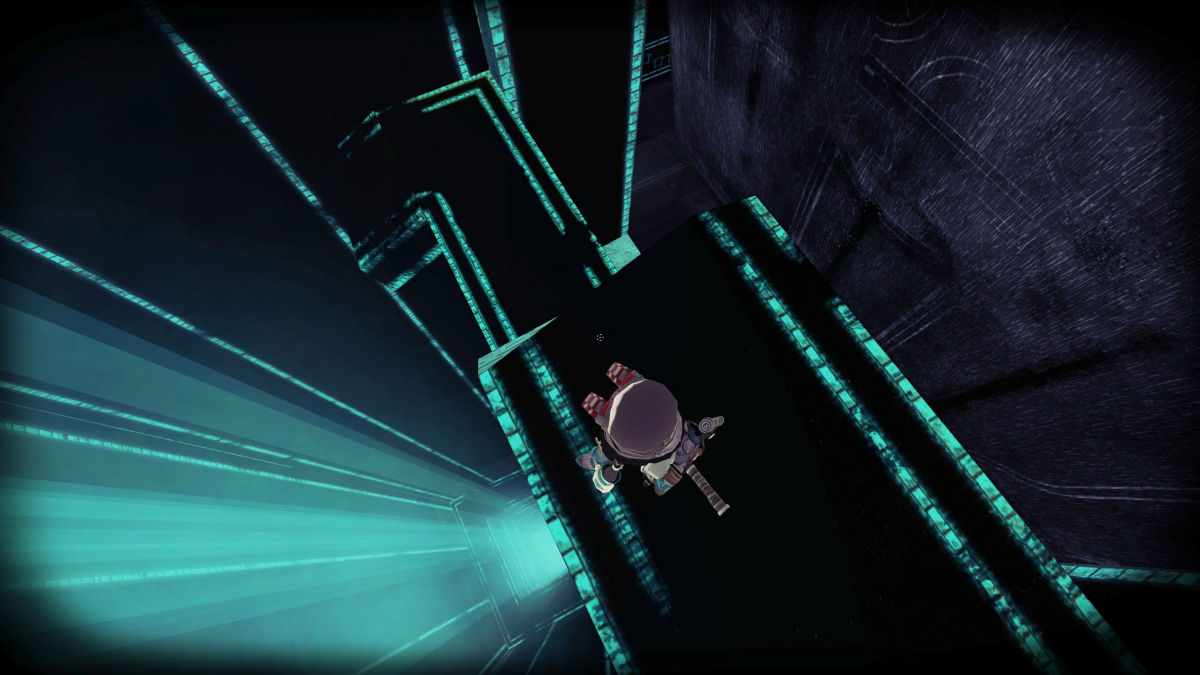 Assassin’s Creed and its sequels

This list would not be fair without including almost any entry in the entire Assassin’s Creed series. Climbing any tall tower and getting a fantastic view of the entire city is awe-inspiring in itself, but the planned drop into a haystack is a vertigo overdose not offered by most other games without death being part of it. 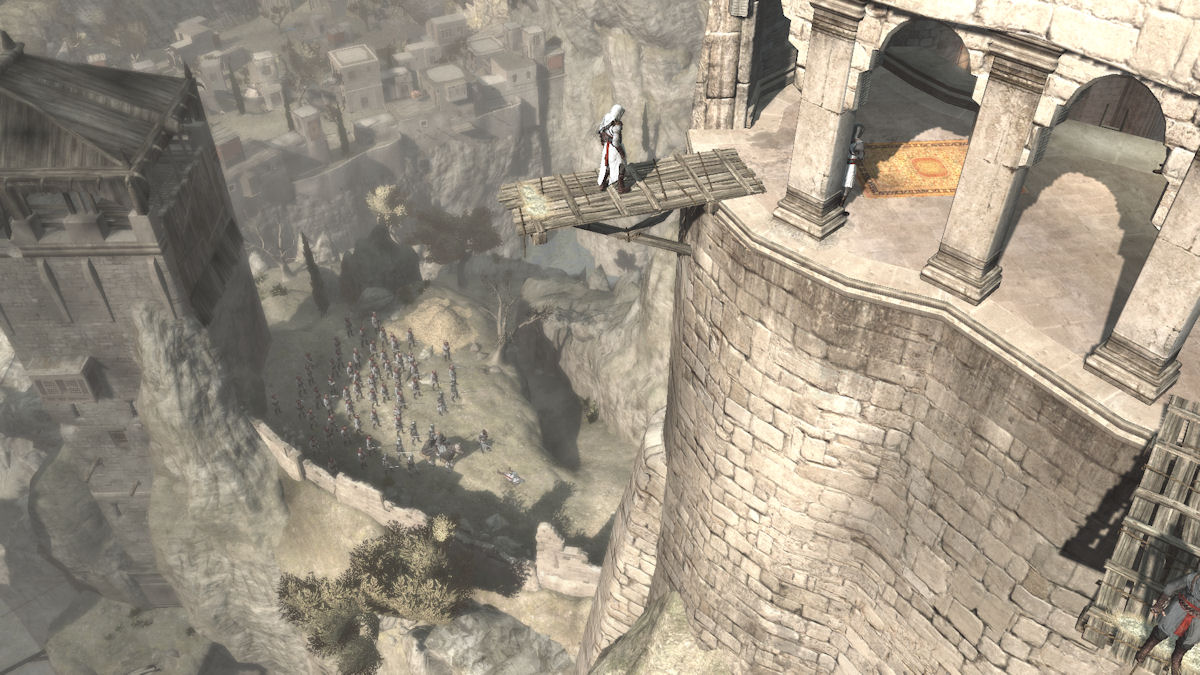 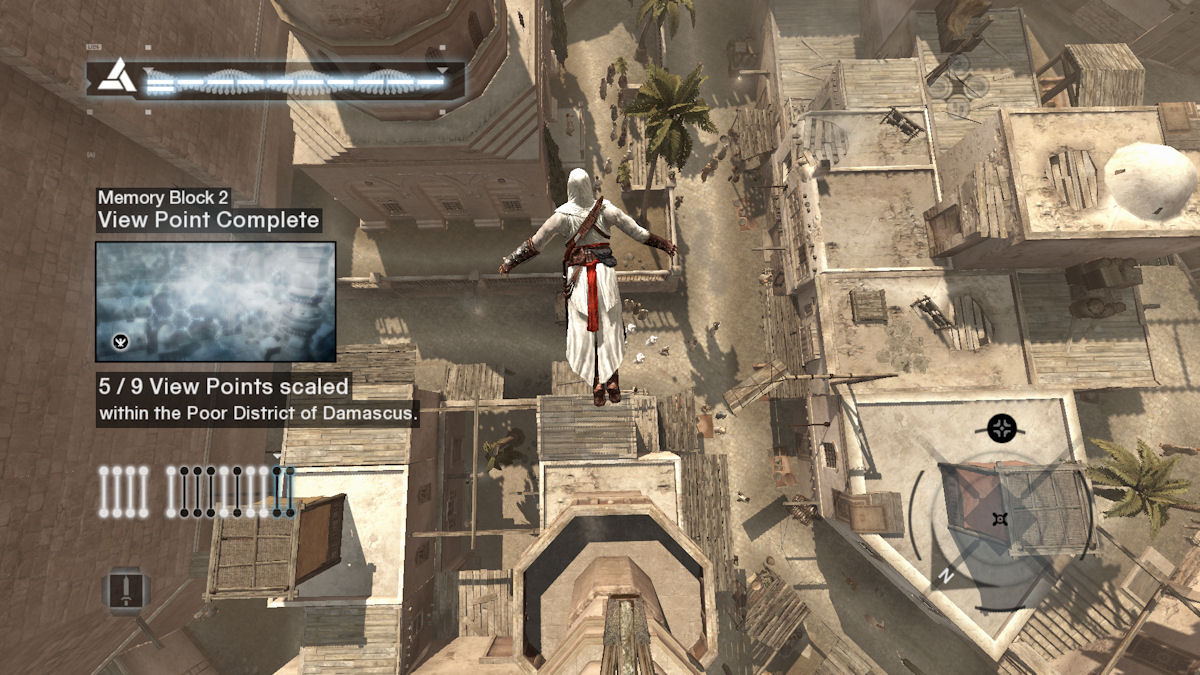 Tomb Raider and its sequels

Being one of the first third person 3D games exploring caves and ruins, it offered one of the first sensations of true vertigo. I remember sometimes deliberately stumbling down from a tall ledge just to see my friend shiver. The sound of Lara’s bones breaking at the bottom was a nice touch. Ouch indeed. 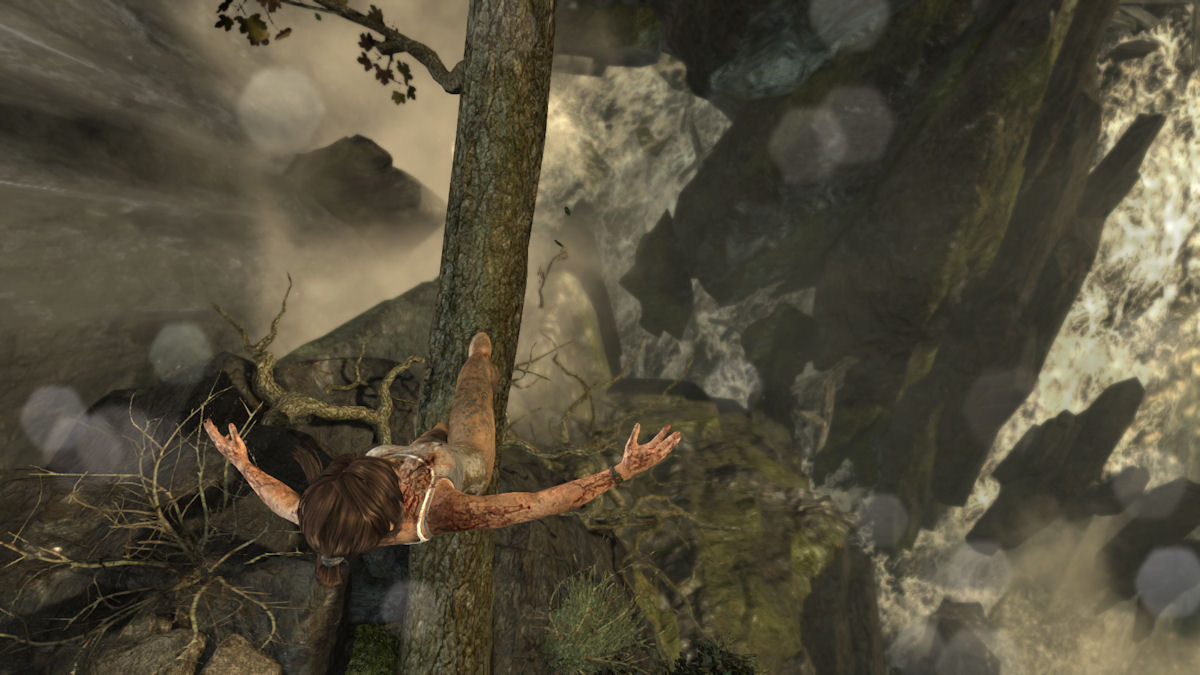 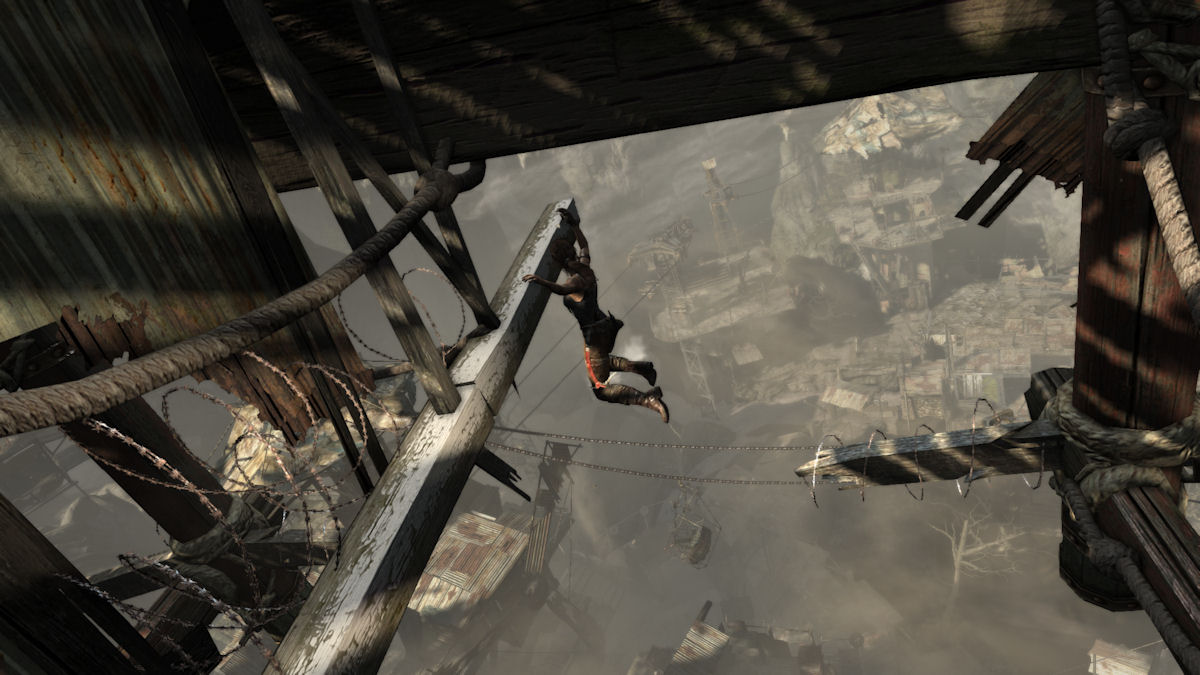 Especially the first Jedi Knight game had our hero crawling through epic industrial structures of the kind you know Star Wars just needs to have. Even as crude as the 3D graphics was in 1997, it still created a most convincing sense of vertigo. The sequels by Raven Software continued this staggering trend. 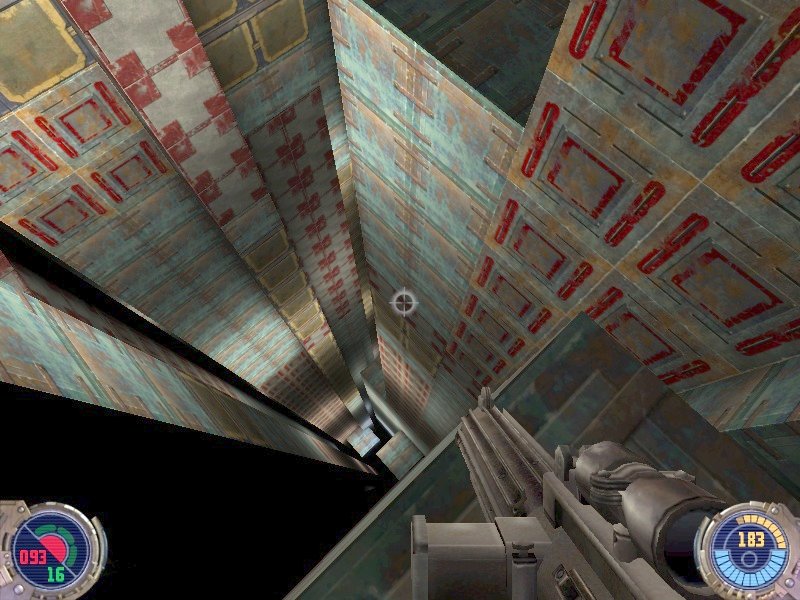 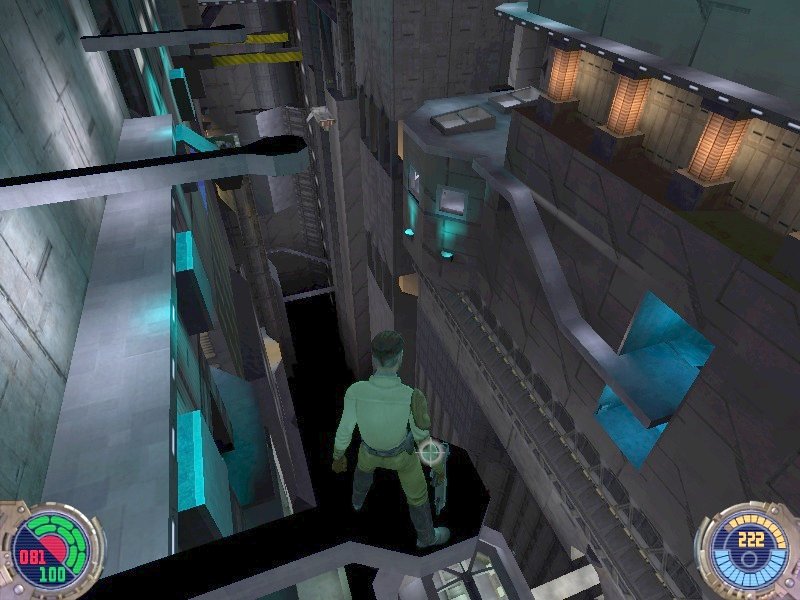 Given the nature of this game – fast parkour across skyscraper roof tops – it needed to have that sense of vertigo and danger too. And it certainly delivered. I’ve always wondered what it would be like to fall down the side of a skyscraper. Mirror’s Edge answered this question several times. 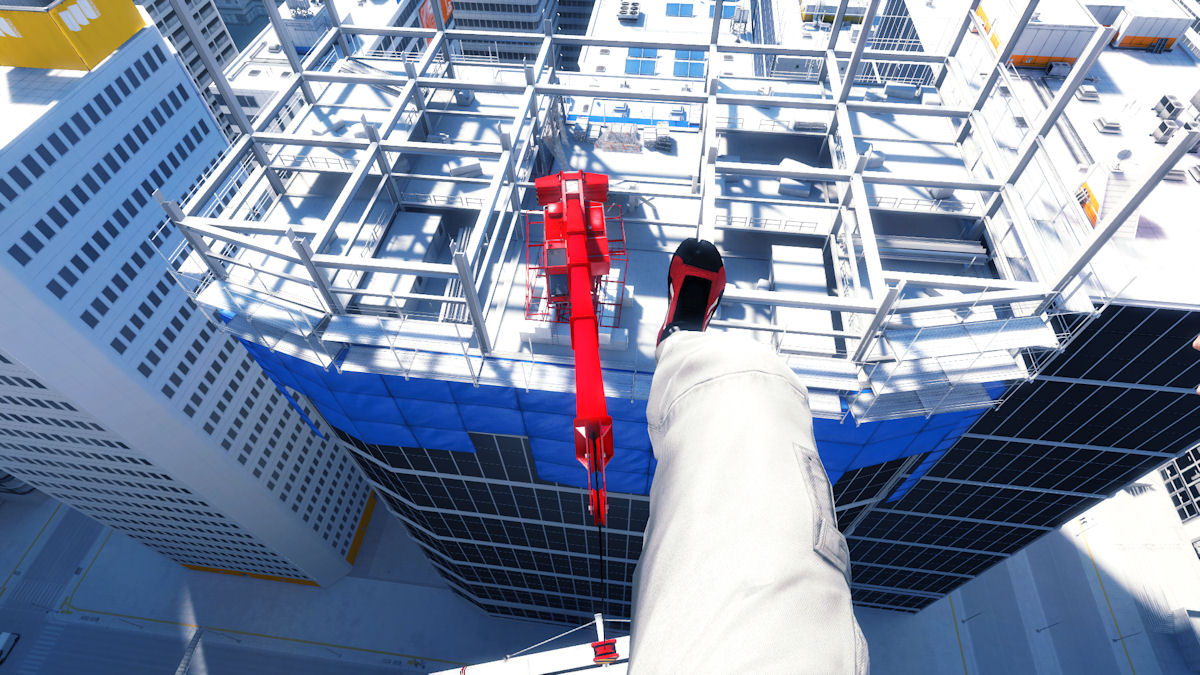 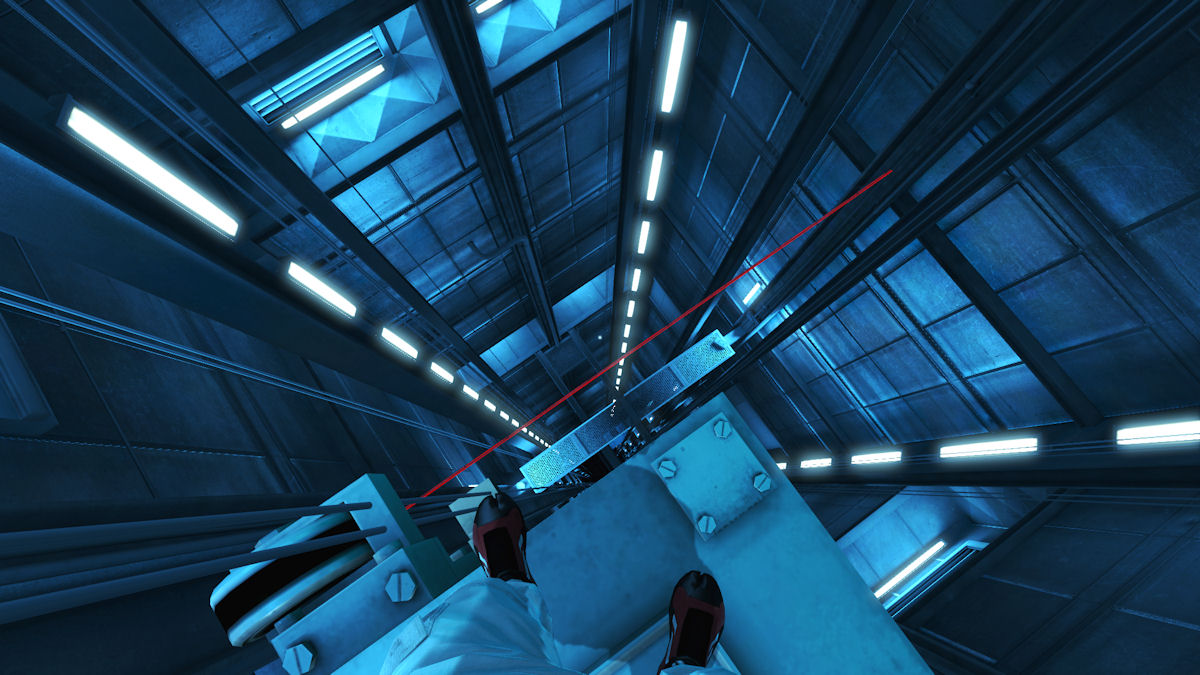 There were a lot of games so close, just a small cough might have made the switch. A big list of honorable mentions. If you’re looking for your next vertigo fix, look no further than these games:

Other honorable mentions are Tron 2.0, the Star Trek: Elite Force series, SiN and its expansion pack, Star Wars: Dark Forces, Messiah, Gunman Chronicles, Codename: Outbreak, Bulletstorm, Half-Life 2, and the Just Cause series. But the list goes on and on.

Do you know other great contenders?