END_OF_DOCUMENT_TOKEN_TO_BE_REPLACED

This is a post in a nostalgic series with transcriptions of my diary sessions of the games I played from 2011 and onwards, translated and adapted from Danish. There will be spoilers in these diary sessions.

I’m back with this series again after quite a long hiatus. The previous entry was Outcast, a game I played and wrote about in 2001 in my diaries, and then translated to a blog post in July 2017. Originally I decided to abandon the series mainly because I was convinced I didn’t have any other readers but myself, but also because I wasn’t really sure the diary sessions of 2001 would be up to par. This was a point in time where 3D games was still a novelty to me and thus a lot of the session texts were somewhat naive. 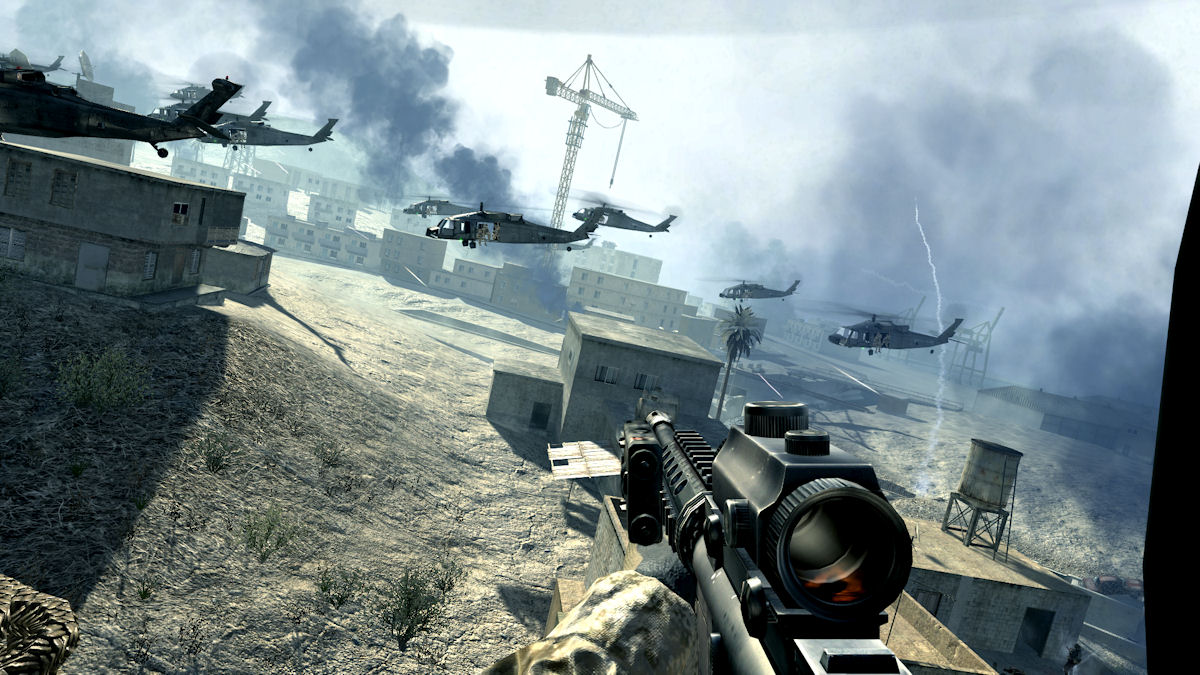 Now I have this idea that I will jump past about a decade of diary sessions, up to 2011, and continue from there. There are several reasons for this. It would close the “hole” between my first failed blog attempt in 2011 and the revitalization in 2015, and it would have session texts from a considerably more experienced gamer, an older me with more games under my belt to compare with.

Dropping the blog in 2011 was followed by going from MMORPG back to single player games, with sort of a brief digression with Portal 2, and then this game – Call of Duty 4: Modern Warfare. This game was special at this time because it managed to kickstart my single player hobby.

But what is even more interesting is that it almost failed at that to begin with.

END_OF_DOCUMENT_TOKEN_TO_BE_REPLACED

This is a post in a nostalgic series with transcriptions of my diary sessions of the many games I played from 2000 and onwards, translated and adapted from Danish. There will be spoilers in these diary sessions.

All images are courtesy of MobyGames and shows the best 512×384 resolution.

I’ve had the original CD-ROM of Outcast for a while, but my DVD drive wouldn’t acknowledge it. Now I had a plan. First I installed a 317 MB alternative version from a “collection” and ran it. It started without problems but was very limited – no speech, no movies, no CD audio music. Then I renamed the folder and installed the original CD version. As usual it wouldn’t recognize my DVD drive. I then copied the executable file over from the limited version and hey presto; I now had an original that worked with my DVD drive with all music, movies and speech intact. Then I deleted the limited version.

Played a little bit of the game. I managed to get through the training level in the beginning where I had to sneak past my teacher Jan. The game had to be run in the penultimate resolution of 400×300. The best, which was 512×384 or something like that, was stuttering too much. Somewhat disappointing on a 1,2 GHz PC, but at least it ran reasonably well in 400×300 with all graphical details set to high. The game looks old fashioned today because of the low resolution, but I also know that it’s a long and challenging game. Some reviewers say 50+ hours – try comparing that to the 10-15 hours of Heavy Metal: F.A.K.K.². There are also sub quests and even sub quests within sub quests. It might make the game confusing and introduce the non-linearity I’m not comfortable with yet.

Nevertheless I will now give it a chance and then we’ll see. I paid a lot of money for the original game.

END_OF_DOCUMENT_TOKEN_TO_BE_REPLACED

This is a post in a nostalgic series with transcriptions of my diary sessions of the many games I played from 2000 and onwards, translated and adapted from Danish.

In fact, this is the very first one with the first play sessions in 2000. As is the case with so many hobbies just like this one, it started in a casual manner and only gradually became more serious. It wasn’t like hitting a switch and suddenly I was writing hundreds of lines in each session.

I started writing diaries about my life in 1996 and have kept it up since then. Games were rarely mentioned as something I played one evening. I wasn’t really into gaming until I had sort of an epiphany with Gunman Chronicles, as you can read here below. In the end of the 90’s, it was mostly about coding and composing. I did complete Rama, Sanitarium and the first three Tomb Raider games in the end of the 90’s, but their sessions were sometimes months apart and the comments very brief.

Although better for the following ten games, the descriptions are still plain and the details few. However, it gets a lot more interesting in later blog posts as I dig deeper into my diaries. Later I also started grabbing my own screenshots, but for this blog post they are all courtesy of MobyGames.