Apart from a few orcs of foot, the region also had a few wolves and bears – but the mounted orcs were prevalent. In the eastern part of the region, a small grove gave way for quest about killing mutated bears. There was even a big cave system with them.

The biggest human settlement was Cliving in the far northern edge of the region. I was looking for a vault in all of the towns I visited, but not even Cliving seemed to have any. But the fascinating thing about this town was how leaving gave me nostalgic feelings of Desolace in World of Warcraft. It too had a town lifted up in the northern edge of that region. Leaving the town, overlooking the region towards the south… 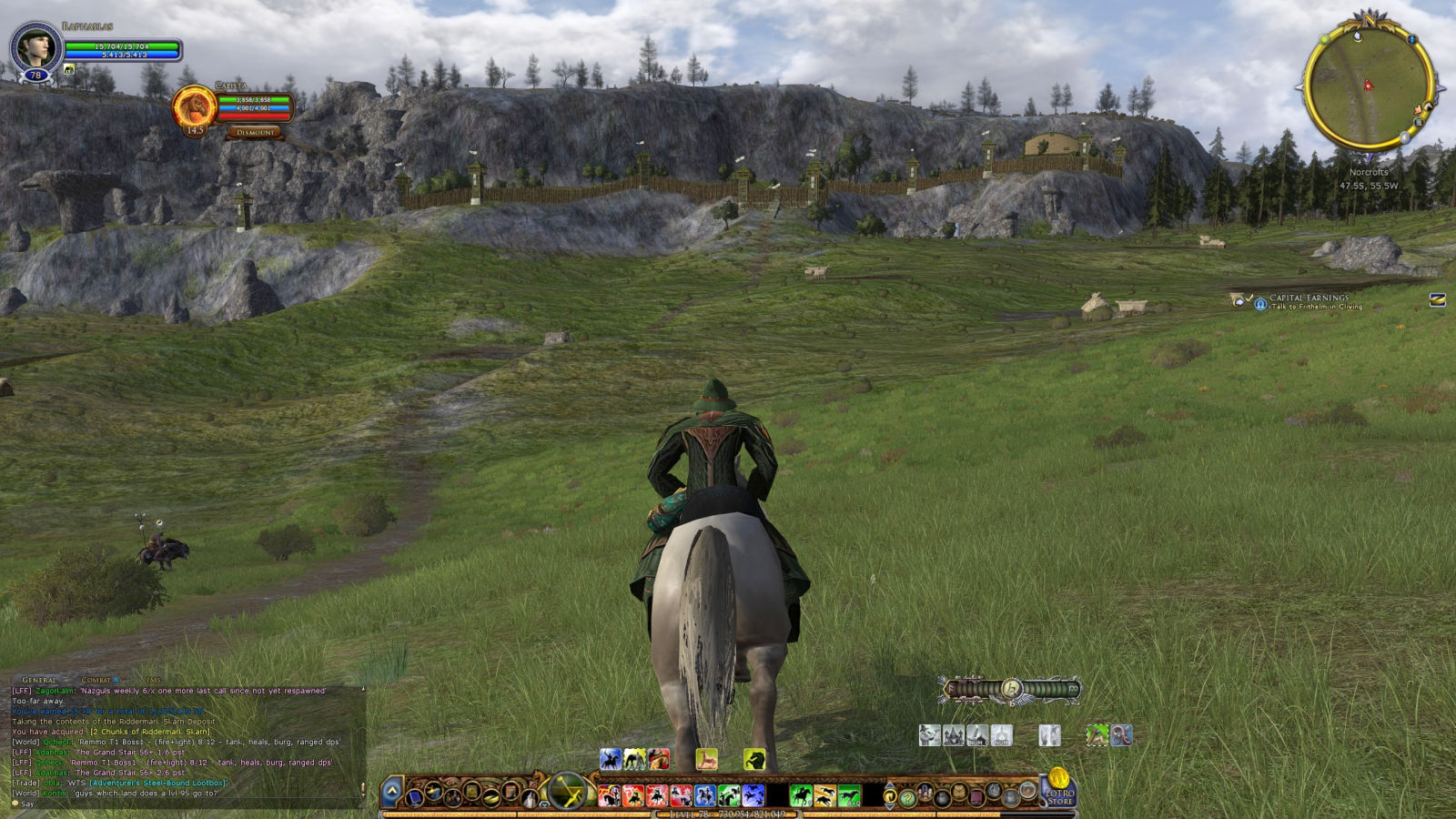 The quest designers really tried to shake the bag among all the standard quests for 10 orc asses. For example, in Cliving I had to question a lot of people to solve a crime. In the end I had to choose one of three suspects and there were no wrong answers.

Still, relying on reading quest text only doesn’t really do it for me anymore. I need voice acting. It’s no secret that I only skim the quest texts in this game. Same thing with World of Warcraft.

I know LOTRO is a really big and complex beast, but I was still alternating between amused or annoyed by the bugs I repeatedly found. The worst was how the game didn’t always want to load after selecting my character, unless I killed the game and tried again. It was particularly common in the evenings, leading me to believe it had something to do with population numbers.

I also found one mounted orc that was missing a mount. He was running around really fast like he was on an invisible Speedy Gonzales. Killing him still started a pop-up quest for killing more mounted orcs. 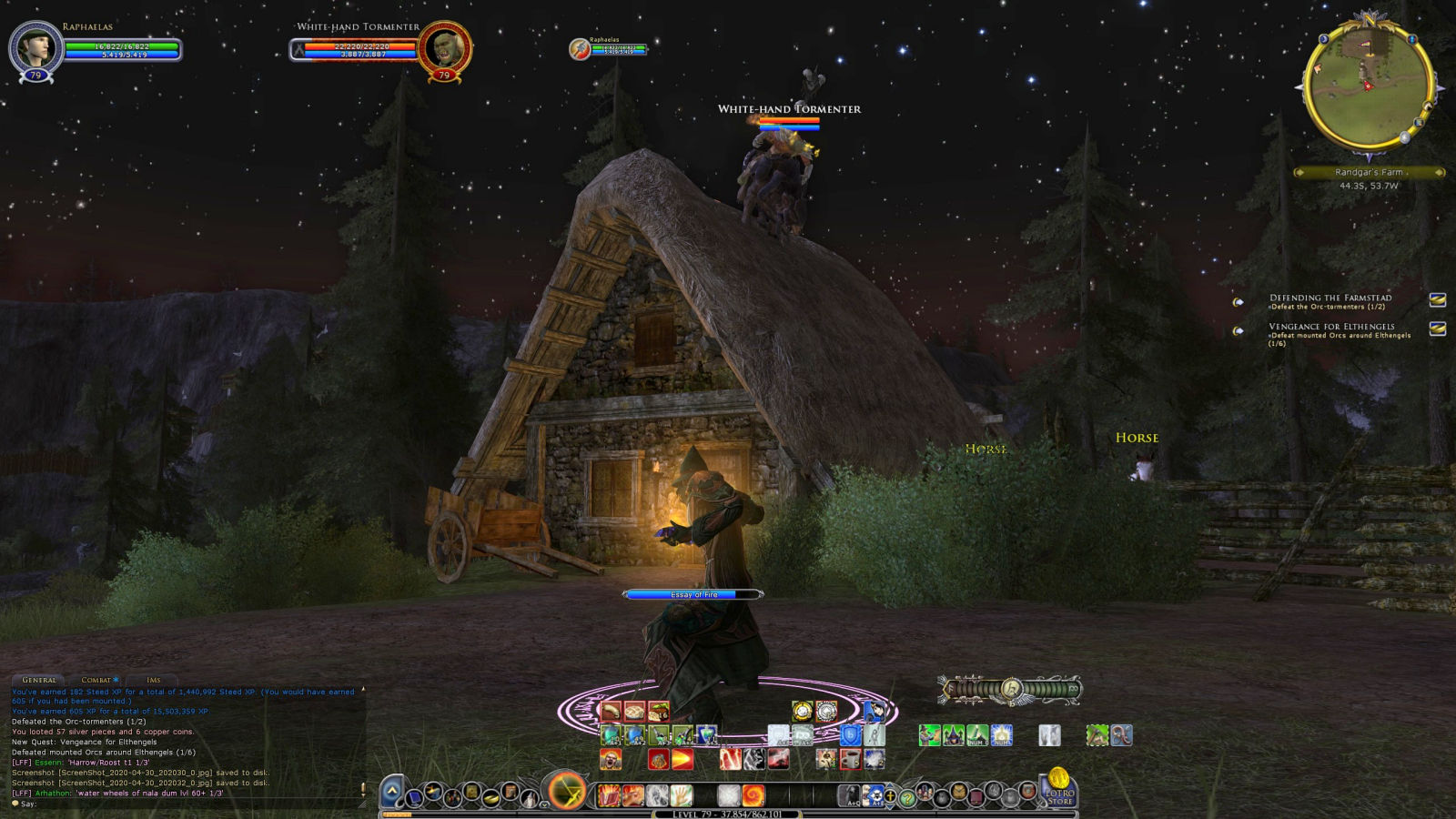 And there was a quest where I had to fight two mounted orcs right next to a farm house. While I was killing the first one (on foot of course) the other one rode up on top of the hay roof and got stuck there. It looked really silly and I could just pour fire spells in his face without retaliation.