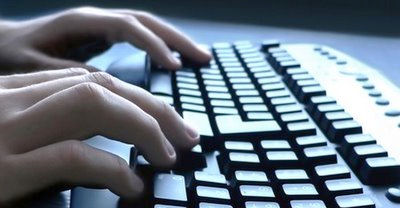 I’ve been messing around with HTML, CSS, JavaScript, jQuery for many years and now also PHP, MySQL and WordPress in order to make this blog come true. As I have a past as a PC and Commodore 64 assembler programmer I will probably always have a soft spot for programming in one way or another. However, it probably won’t take up much space.

As you can see if you visit the PC Games section, I have completed a ton of single-player PC games. My gaming hobby started for real in ~2001 on the PC. Before that I was too much into programming to regard gaming as anything else than a rare distraction. Ironically I haven’t played any the last few years (I actually had enough after more than 300 PC games) but I’m still fascinated by them and read a lot of gaming news. Who knows, maybe I’ll get out of my gaming retirement one day and start gaming again like in the old days.

You won’t find much about console gaming here, though. Sitting in the couch with a game pad was never really me. There were a few exceptions (like ICO or Metal Gear Solid 2 on Playstation 2), but I’ve always preferred sitting in front of a computer monitor with a keyboard and mouse.

Since 2005 I’ve been involved with MMORPG (starting with World of Warcraft), i.e. questing, crafting, soloing, grouping, even a bit of more or less hardcore raiding. The MMORPG I’ve played the most are World of Warcraft, Lord of the Rings Online and EverQuest II, but I’ve also briefly touched Age of Conan, City of Heroes, Guild Wars and Vanguard. I also have my eyes on Star Wars: The Old Republic and Rift, both of which I believe have great potential.

I’m the type of MMORPG gamer that prefers to solo, occasionally grouping (and then only to heal) and explore unknown lands. PvP means absolutely nothing for me, not even in dedicated battlegrounds or arenas. Maybe I’m missing out there, but so far I’ve avoided it like the plague.

As mentioned I once raided a lot (mostly in World of Warcraft although I also tried it in Lord of the Rings Online and EverQuest II) but I think I’ve finally had enough of the downsides of raiding. The reasons for this would take up a whole blog post on its own, so I guess I’ll leave it at that for now.

Another thing that I’m really fond of is European comic books – especially those from Belgium and France such as Asterix, Lucky Luke, Tintin and all the lesser known variations on the theme.

There’s a lot of great escapism to be found there, fascinating drawings on the cusp of being true art, and certainly a lot of lost opportunity for those only familiar with the often stereotypical superhero comics over there. Not that there’s anything wrong with superheroes – I just believe there’s a lot more variety in the typically more down-to-earth European comics.

Maybe, just maybe, I’ll get around to blogging about the good old Commodore 64 (after all I was heavily involved in the demo scene as a composer back then) and perhaps even Half-Life mapping. Then there are the usual suspects such as movies, TV series, books, quotes, collection of links and what have you. In short, anything that takes my fancy.