I completed this first person action adventure in less than 4 hours. I woke up alone in a desolated space station on a stormy planet and had to find my way off. There was an abundance of corridors with tilted chairs and a ton of boxes that gave the game a very samey look. Most of the areas were mazes and there were connect or sliding puzzles to open doors, pass codes to find in big widescreen log screens, stationary lasers to cut doors open, sizzling magenta anomalies to traverse carefully, and much more.

I’ve seen reviewers on Steam pushing down the walking simulator stamp, but that’s not fair. Yes, there are sizable periods of time where you’re not doing much else than traverse a maze, but there are enough puzzles and dangerous passages to make it a real game. In fact, some of the dangerous passages even got me quite aggravated. There are no monsters or humans to be found, but the anomalies zapped me dead until I figured out how to throw down a metal bolt step by step to find my way through the parts that didn’t zap me. There was also a section with flaming gas leaks where I kept coughing and had to crouch or close rooms to kill the flames, and enough coughing meant death. Lightning could sometimes zap me dead in a corridor if my timing was off. There were a couple of sections with the air being sucked out fast.

And of course, don’t get in front of a stationary laser. 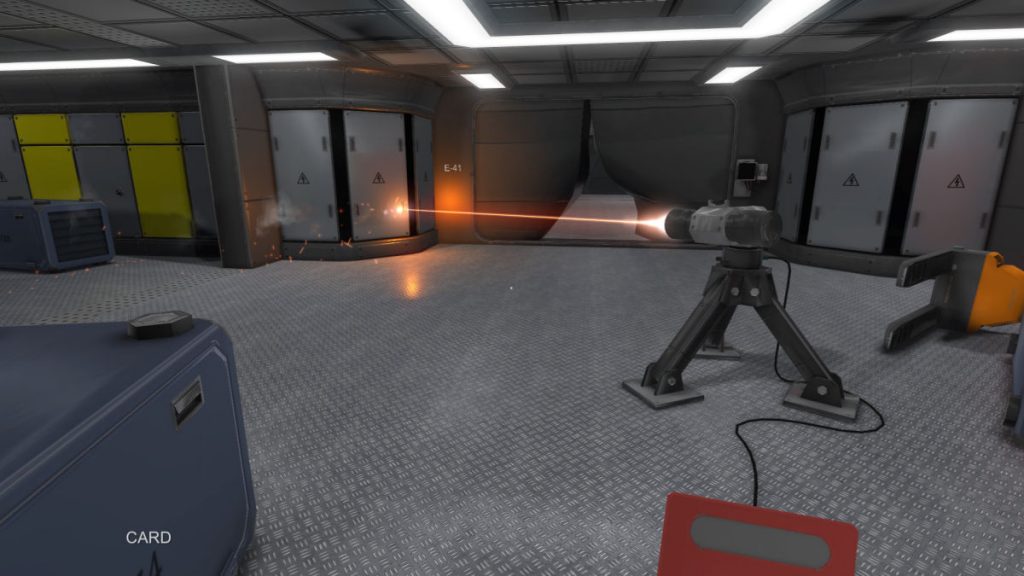 The lack of details, the repetition, the simple title screen and the abrupt “LOADING” across levels honestly made it feel like a mod. I wouldn’t have been surprised to have something seen similar to this in the Half-Life engine. Prefabs were few and used in abundance, the font in the log screens was generic, there was no music, and some sound effects were even missing such as for sliding doors. I found a memory stick in the beginning of the game that I never found a use for. Luckily picking up things in your hand used a LIFO system, sort of like an invisible inventory.

I did find a small arcade minigame in the wall at one point, but even that one felt a bit simple. I couldn’t even move the ship in the bottom of the screen – instead I had to move its rockets with my mouse to hit asteroids. You could also find bouncing balls that served absolutely no purpose.

Puzzles were often in the form of finding a missing component such as a fuse for a control box to power a laser, I could connect red wires in the wall, or solve puzzles in a wall screen to power up a door panel. The latter could be freely placed pieces, sliding puzzles, or pieces turned in place. In a reactor room I had to adapt waves to fit each other on widescreens. I also had to find bombs and detonators to place on doors, then hide as the counting sound got faster and faster. 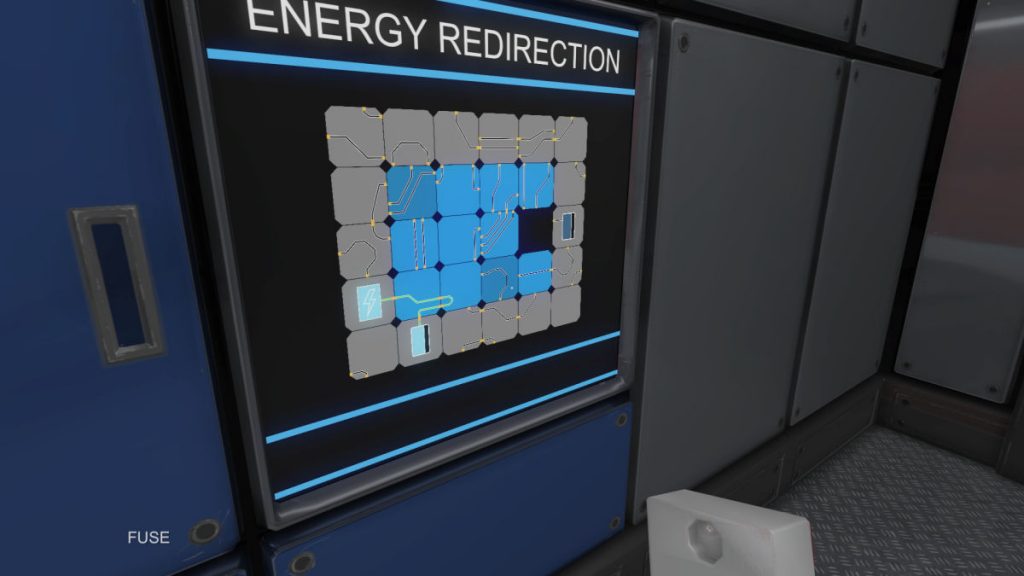 At one point I stumbled across a pretty annoying bug. I entered a room where something exploded very loudly. My first person hero was pushed back, faded to black in waves and started coughing. I guess this sensation was supposed to have ended after a few seconds, but for some reason the fading and coughing got stuck. The autosaving was far apart in this game so I was forced to listen to the incessant coughing for minutes until I got to a point where the game was saved again. Reload!

I had my window open and I imagine people on the street were giving my window strange looks.