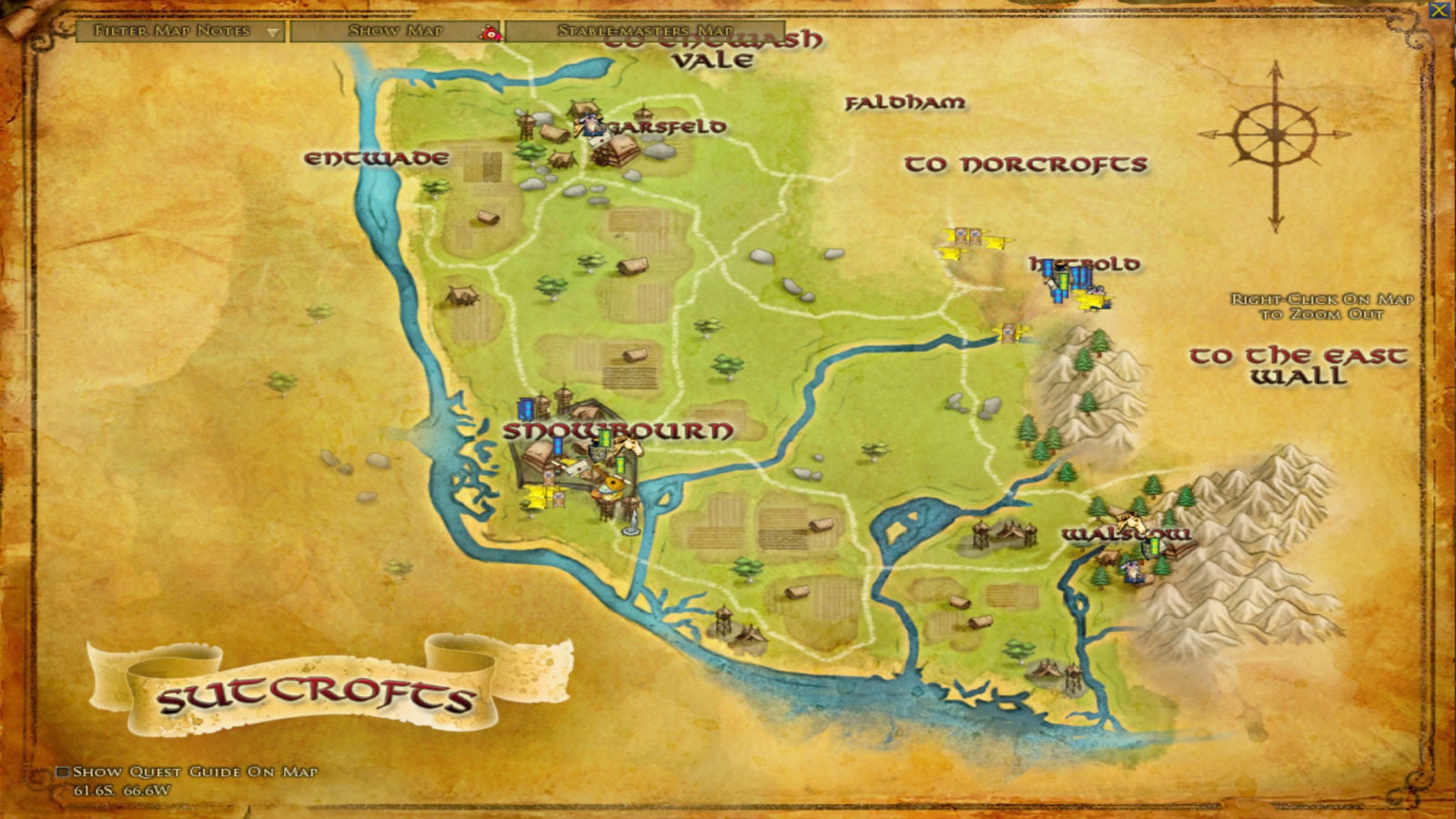 The region had a few big farm fields burned down by the orcs, leaving them either smoking or downright barren. Where the quests, settlements and mobs disappointed, at least some of the story quests were still quite engaging. At one point I led an escort from the northern settlement Garsfeld to the middle town of Snowbourn. Together with the thane Gísling and seven NPC we had to survive waves of orcs until we got there. Slightly stressful. And then in Snowbourn, Gísling was involved in a chain of quests where he got accused of betrayal and was put in jail, only to be exonerated later and take part in an epic battle.

Snowbourn was quite big and had vaults. About time too. 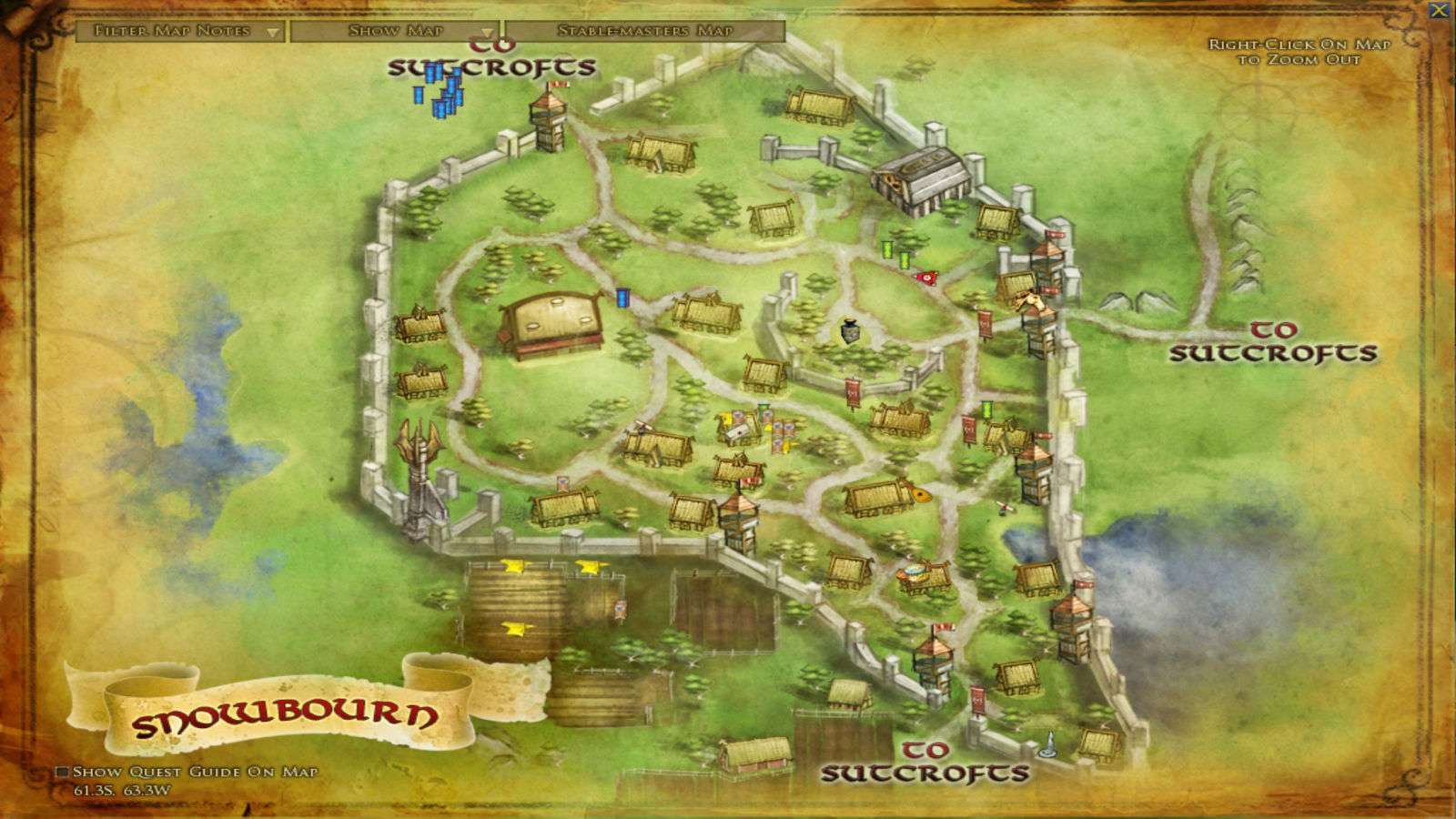 In the eastern side of the region, the smaller settlement of Walstow was led by a female thane. After a few more standard quests, the inevitable instanced solo quests emerged that typically caps off a settlement. First, the town of Walstow was burning. Together with the female thane we killed all invading orcs.

Then we got word that Snowbourn was under attack too. No time to waste.

This part of the instance quest chain “On These Stones” was surprisingly epic. I had to help several key NPC fight waves of orcs in the streets of Snowbourn. Lots of running around trying to find the next guy. Then all of the key NPC and I ran to the mead hall for the final waves of orc attacks, followed by the appearance of the epic boss, Crúmgam. It was a powerful fellow with more than 230K morale.

I was just about to be punished for my arrogance. 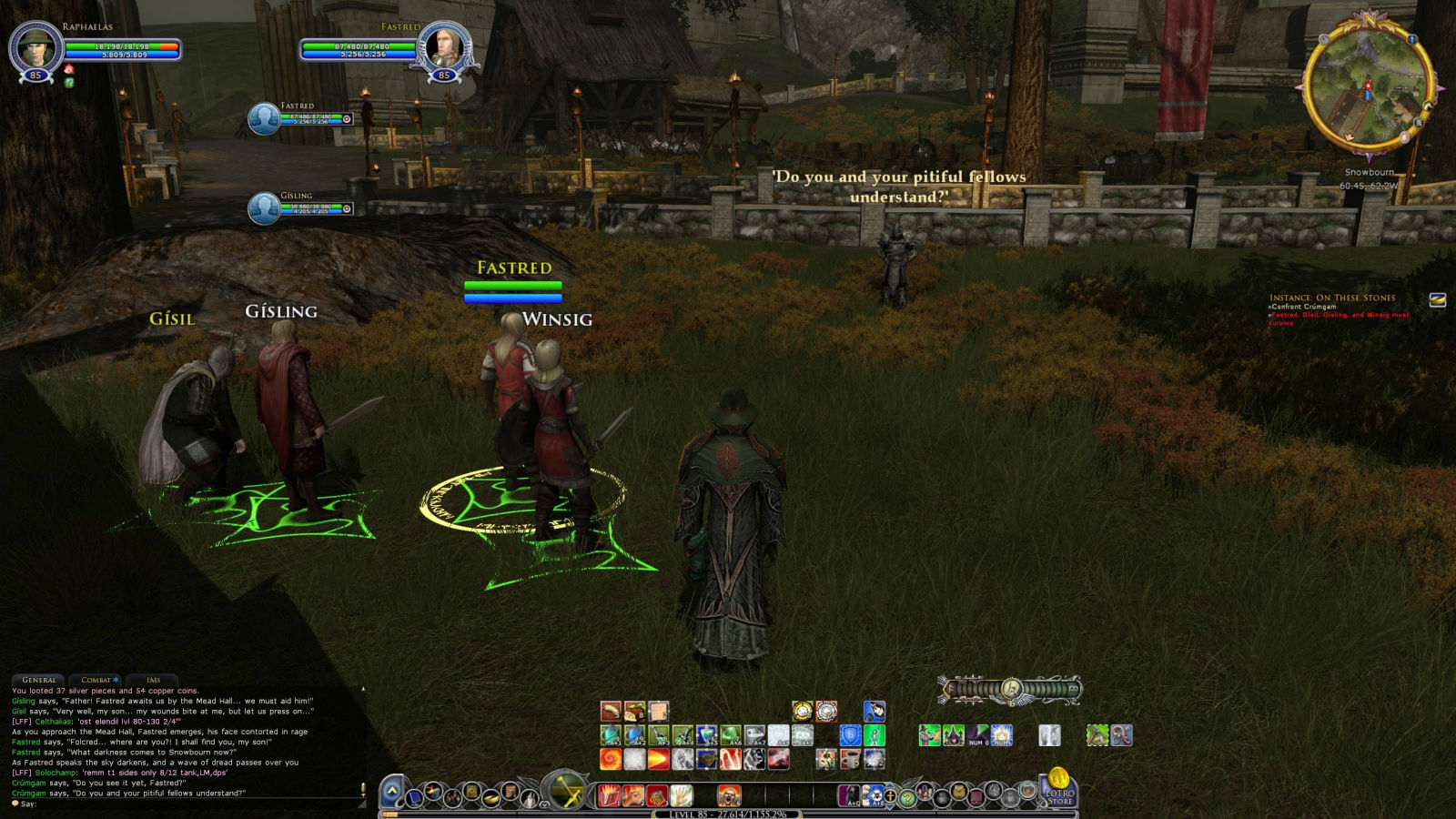 Since I started last month, I had always been able to drain even the toughest signature boss while tanking, at least if I made sure to pop some of my survival spells. This was not even close to being sufficient this time. Because of my intense stacking of damage-over-time spells and general level of damage, I quickly got his undivided attention. He drained me with big critical hits that made me scramble for all of my survival spells, potions, heals and even hope medallions. It was all for nothing. Dead. Back in Walstow I would have to restart the entire instance solo quest for Snowbourn. So much for a decent 20K of morale.

I then decided I didn’t need to endure this now and parked it.

If only I had remembered the ancient lessons of countless raids in various MMORPG and not get aggro. I should have been careful with the intensity of my fire spells and let the NPC’s tank him. I had been spoiled by the walk in the park it had been so far since Dunland. 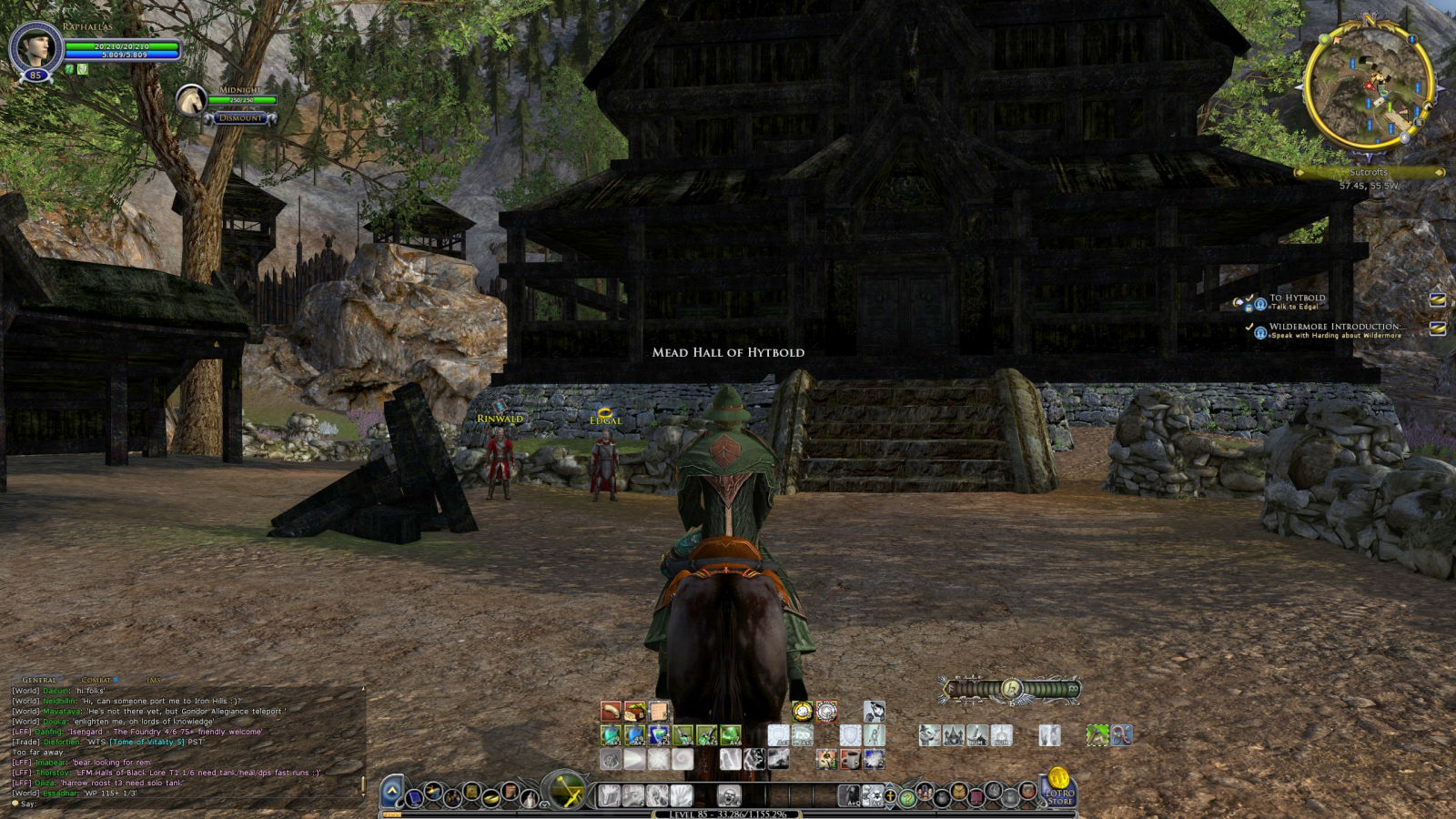 Instead, I went a bit north of Walstow and found the burned settlement of Hytbold. All of the houses, including the mead hall, were sooty carcasses. I could almost smell this place. This was a very special quest area where all of the houses could be rebuilt and services reactivated by grinding for tokens. I had the first handful of tokens ready to restore the mead hall, but then decided to skip the rest of it.

I was eager to visit the snowy region of Wildermore up north instead.