This was learning towards being both a kids game as well as tablet first, both of which normally doesn’t sit well with me, but it was so damn cute and charming that I couldn’t help myself completing it anyway.

It also felt very much like a spiritual successor to Zanzarah.

I was in control of a girl with glasses in third person, running around in four areas collecting flowers, kicking vases or chests for coins, unlocking doors with keys bought with flowers, and solving quests. There was also a shop for better equipment and even simple level-up stats. Sometimes a mailman flew down from above and offered a letter for me to read – usually from her dad.

All the quest givers in the game were wooden plank constructs.

Even though it felt so cute and easy, there was still a bit of fighting. If there was a spirit bully close by, I could use potions to e.g. boost speed or stealth, eventually grabbing hold of one. This switched to a quite frenzied minigame of ripping flowers out of their back. It’s as weird as it sounds, but actually worked well. I had to quickly drag flowers out with the mouse, but sometimes stinging flowers got in the way or the brute tried to shake me off. The latter could be prevented with a flash bomb potion. 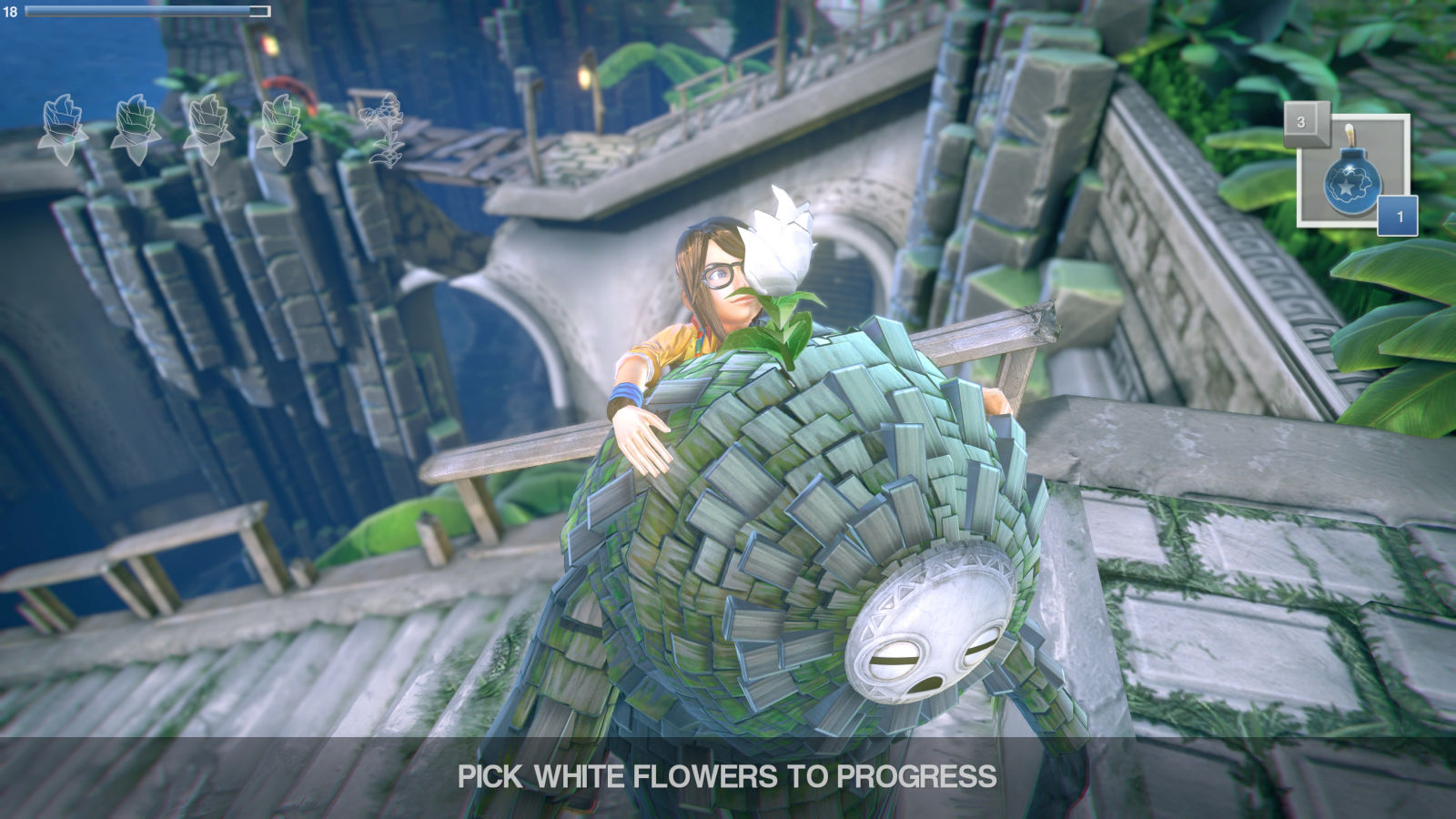 A mayor was the top brute and of course the game ended with a fight against him, but he actually just felt like a slightly upgraded version of a standard foe. As someone who is sick and tired of difficult boss fights, I quite liked that. Overall the game was a pleasure to complete. Sure, it had its shortcomings. Quest dialog (without voice overs) was sometimes a bit much, and Lili couldn’t walk into certain small passages that looked like she should be able to – but I quickly learned to live with it.