SID Factory II is a cross-platform editor for composing music that will work on a Commodore 64. It uses the reSID emulator and is currently in open BETA. Here you can find the latest builds for downloading.

The main features of this build are the converter now being embedded into the editor itself, hotkeys for duplicating a sequence, and driver update 11.03 with a filter enable flag bit in the instruments. 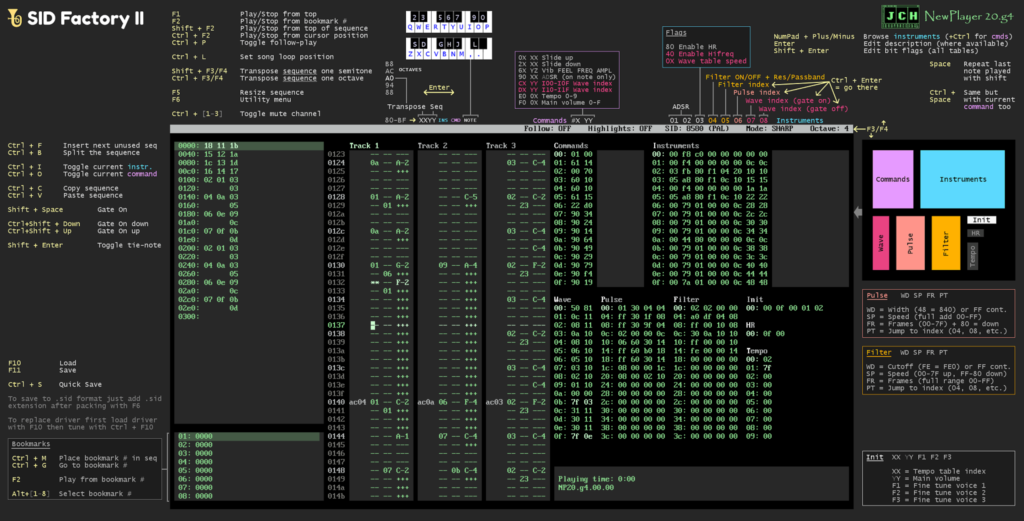 But wait just a minute… what’s happening in that image!? 😮

Please refer to the GitHub page for the full list of changes as well as the source codes.

The main features of this build are a help overlay (use F12), color schemes (browse these with Ctrl+F7) and driver update 11.02 with commands for pulse program index, tempo change and main volume. 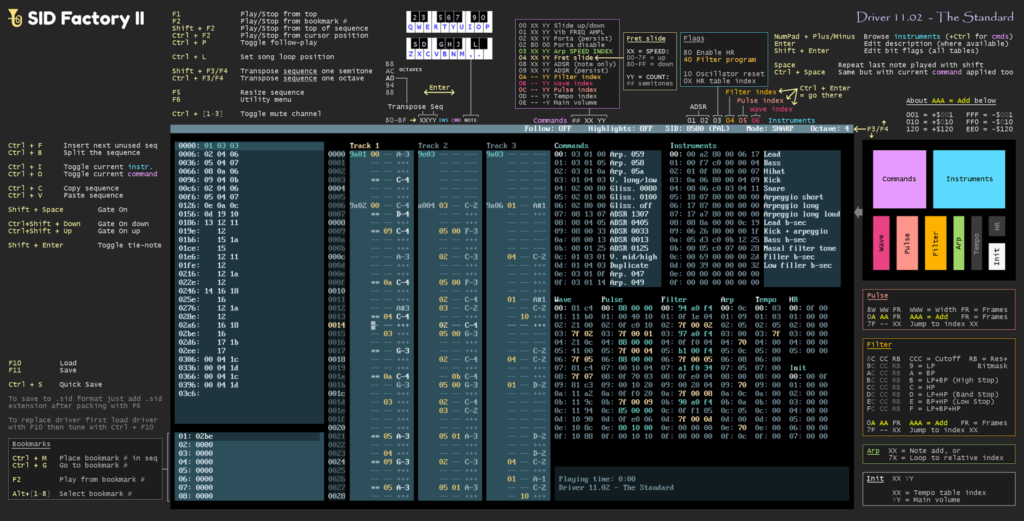 Also, SID Factory II is now for the first time on GitHub.

Please refer to the GitHub page for the full list of changes as well as the source codes.

This is a service update that fixes a few issues in the latest main build.

Groepaz from the VICE team also compiled a version for Linux. We haven’t tested this ourselves and thus we can’t promise that it will work without any major issues: SIDFactoryII_Linux_20200725.zip

Note: The Linux build will also need the sub folders from the Windows version.

The main feature of this build is descriptions for commands and instruments.

The new build also includes updated versions of the user manual, the overlay, and the GT2/MOD converter. And as a first, SID Factory II is now also available on macOS – maintained by Michel de Bree.

The file converter is normally included in the latest build of SID Factory II itself. However, here you can find standalone downloads that has been released in between scheduled builds.

Extract the file converter into the same folder where the executable for SID Factory II is located. Open a command box and type sf2converter for info about running it.

See the text file in the archive for a list of the latest notes and changes.

This is the official build of the converter with support for CT files from CheeseCutter, in addition to SNG files from GoatTracker 2 and 4-channel “Amiga” MOD files.

This is the official build of the converter with support for SNG files from GoatTracker 2.