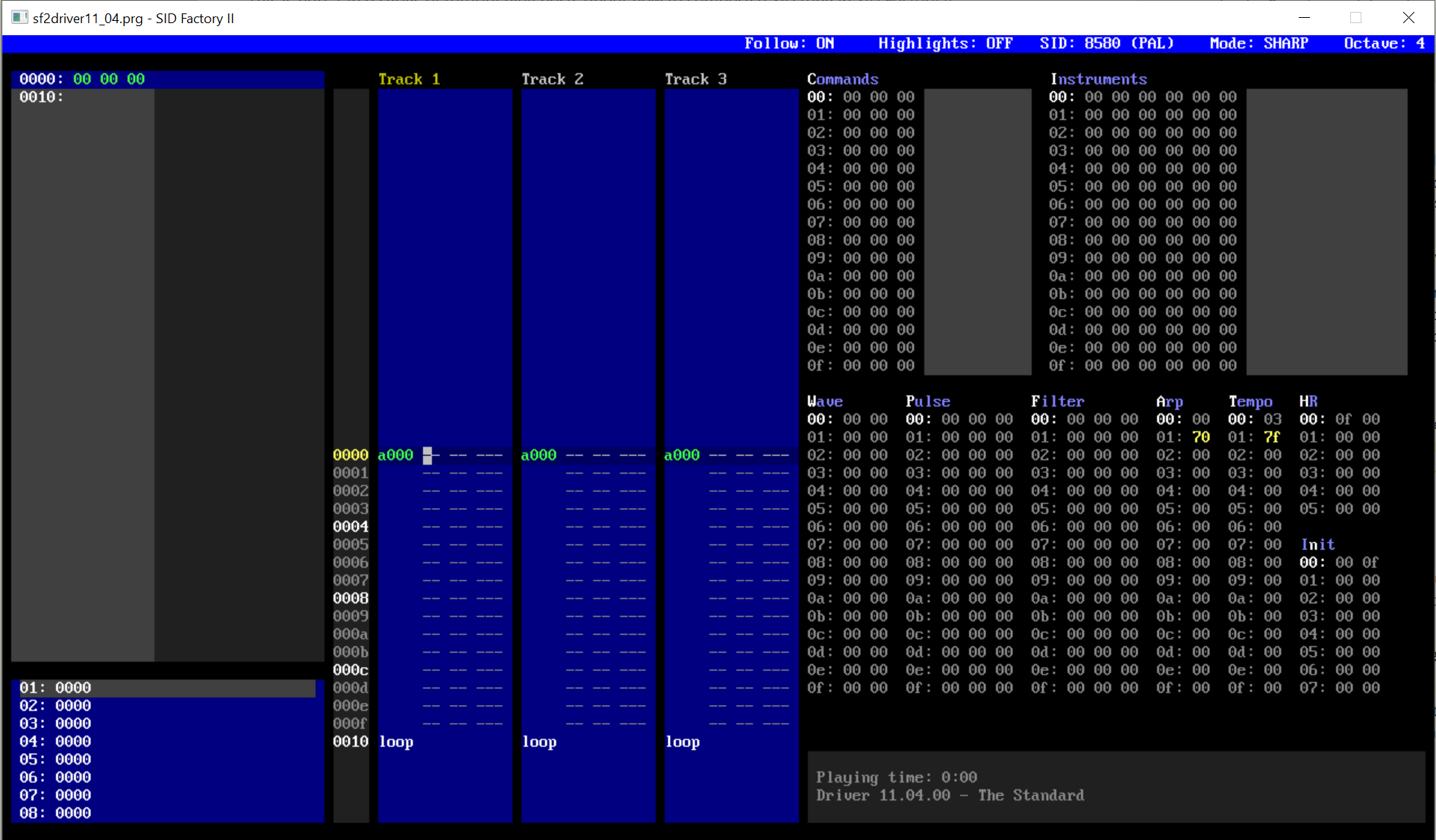 That being said, there is one thing you do need to get acquainted with – the hexadecimal numbers. If you’re already used to those, great. Then you can skip right ahead to the next part.

If you’re not, it’s those strange numbers with both numbers and letters in them. Most of the music editors for the SID chip use this number system. It’s possible to find a few that uses normal numbers, but there are many good reasons for utilizing the hexadecimal system instead. For one, it can make it faster and easier to edit the controls of the SID chip directly. It’s also logical when dealing with bits.

I have written a separate tutorial about this: Tutorial: Hexadecimal

You should go read it right now, then come back when you’re ready for the next part.

Part 2: What order lists and sequences are, and how to use them.