It took me precisely two hours to complete the first of five episodes in this cel shaded adventure game from the creators of a similar adventure game for The Walking Dead. It used the same 3D engine and a lot of the same rules and a heavy focus on story and dialog.

I won’t be going into the details of the story much. Fairy tale characters are living in New York, some are morphed into humans, some still resembling the fantasy animals they were. I controlled Sheriff Bigby Wolf, investigating clues found at murder scenes and sometimes pursuing or fighting brutes in action scenes with lots of arduous QTE popping up all over the place.

Bigby himself reminded me so much of Wolverine. They could have been twin brothers.

The dialog is typically around four choices with a timeout of varying length. Sometimes it was too short for me to make a proper decision, making me feel like a slowpoke. A few times I even had a choice of two locations or actions to decide between, and it actually seemed like putting one of the locations on hold had grave consequences. 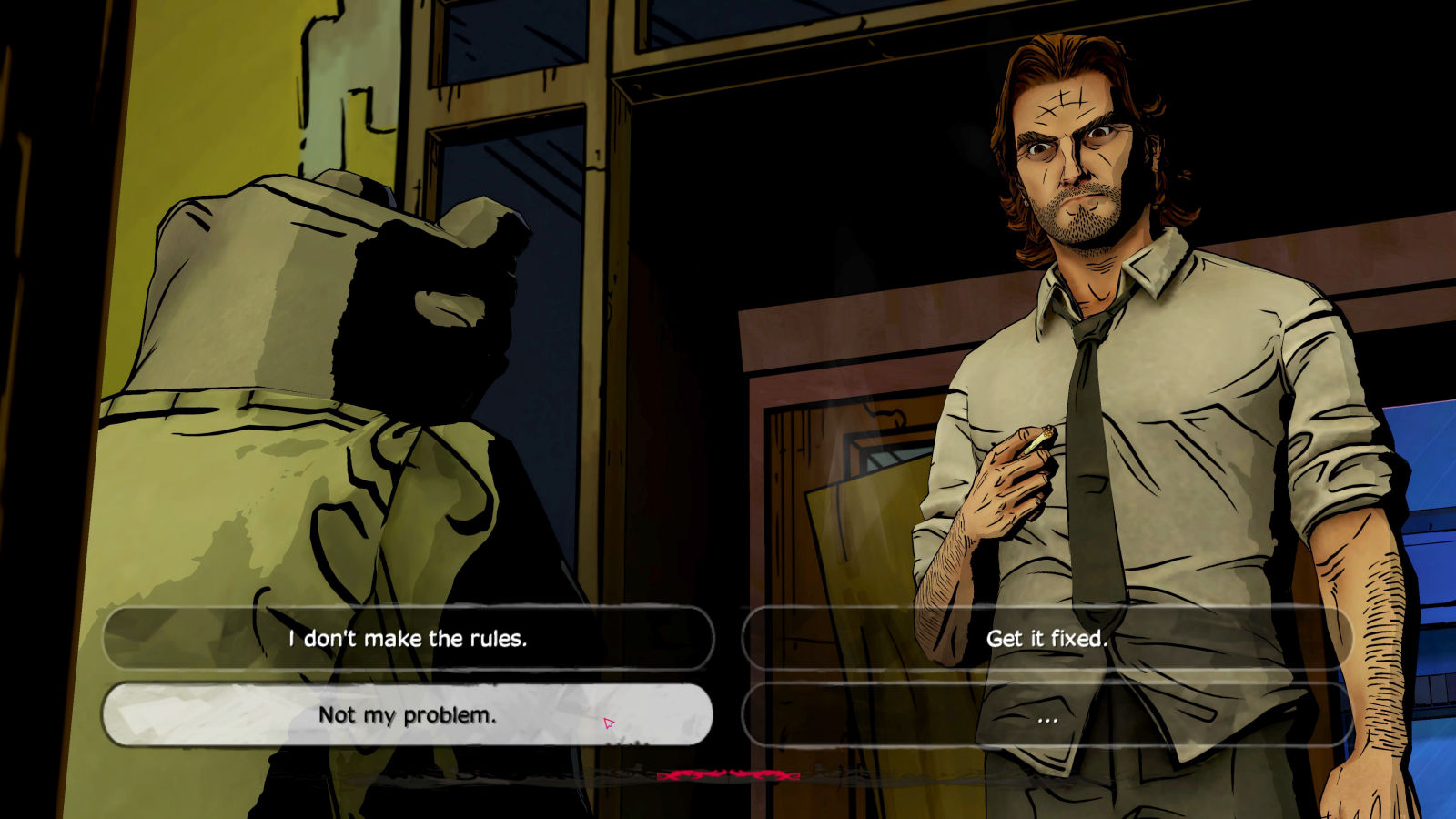 The dialog options were of the type of not always being able to rely on one being a good choice for the given situation. It made it hard to roleplay Bigby, but also spiced up things.

When it came to fighting or running, the game turned into the busiest collection of QTE imaginable. Mouse hotspots had to be zipped to and clicked repeatedly, and specific keys mashed as fast as a woodpecker drilling holes, all while the scene showed Bigby typically being thrown around. Moving the mouse in these QTE sequences also moved the screen slightly – a little bit dizzying, actually.

However, I must say the direction, the story and the dialog was actually really good. I can see why some people go as far as saying this is one of the best games Telltale ever made.