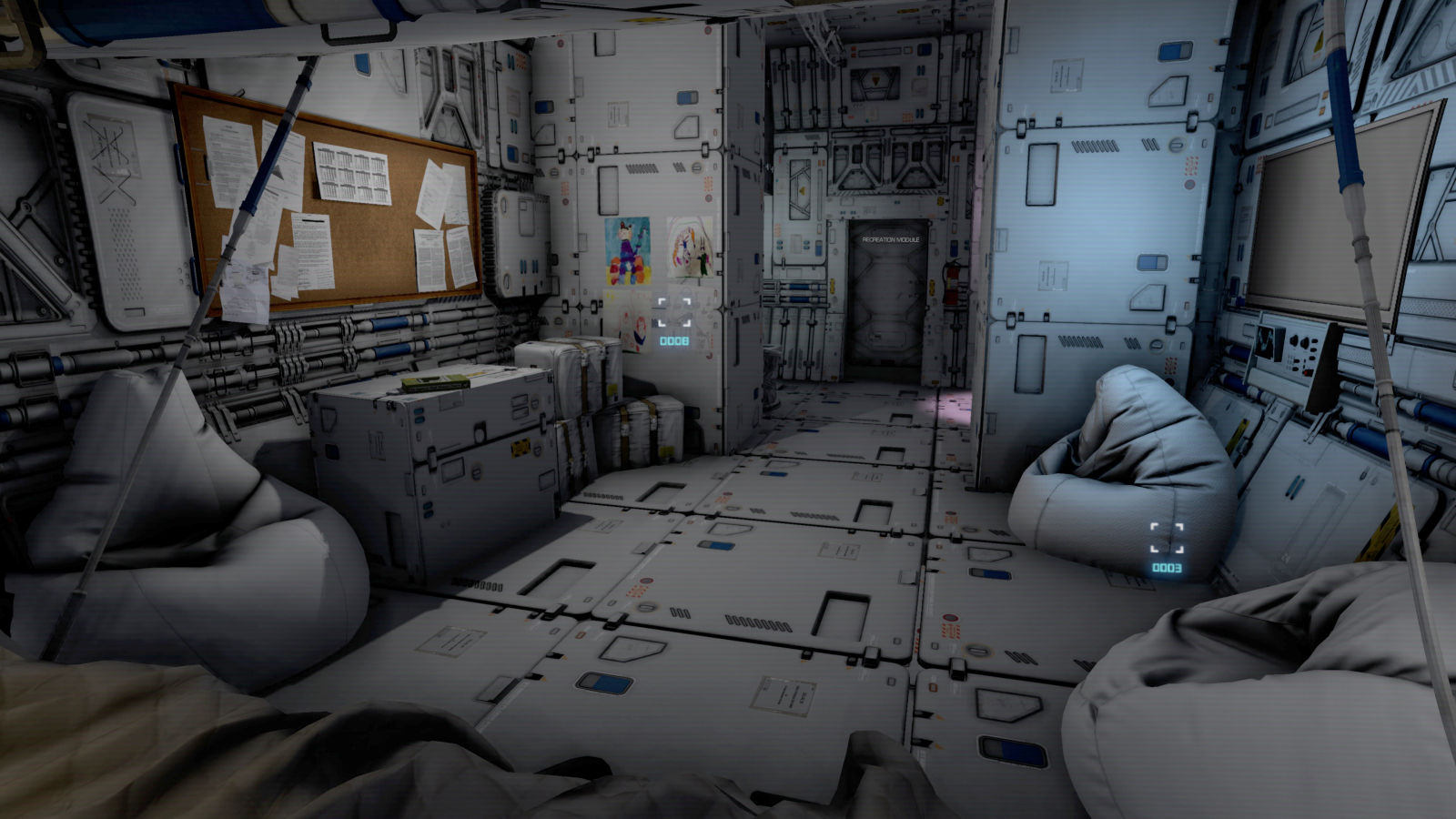 Luckily, each planet was very different from one another, and they always had different goals. First it was beacon markers on a desert planet, then finding lifeforms on a grassy planet with red loops, scrambling for ship parts on a magenta planet with floating islands, signs of intelligence on a very hot planet, a lava planet finding dead astronauts, and finally a planet with red grass finding my way home through a portal.

Some of the hotter planets also had radiation that slowly filled up a bar. I had to regularly seek shelter in a shadow somewhere to drain it. It was very easy to keep up, though. I never died from this one. 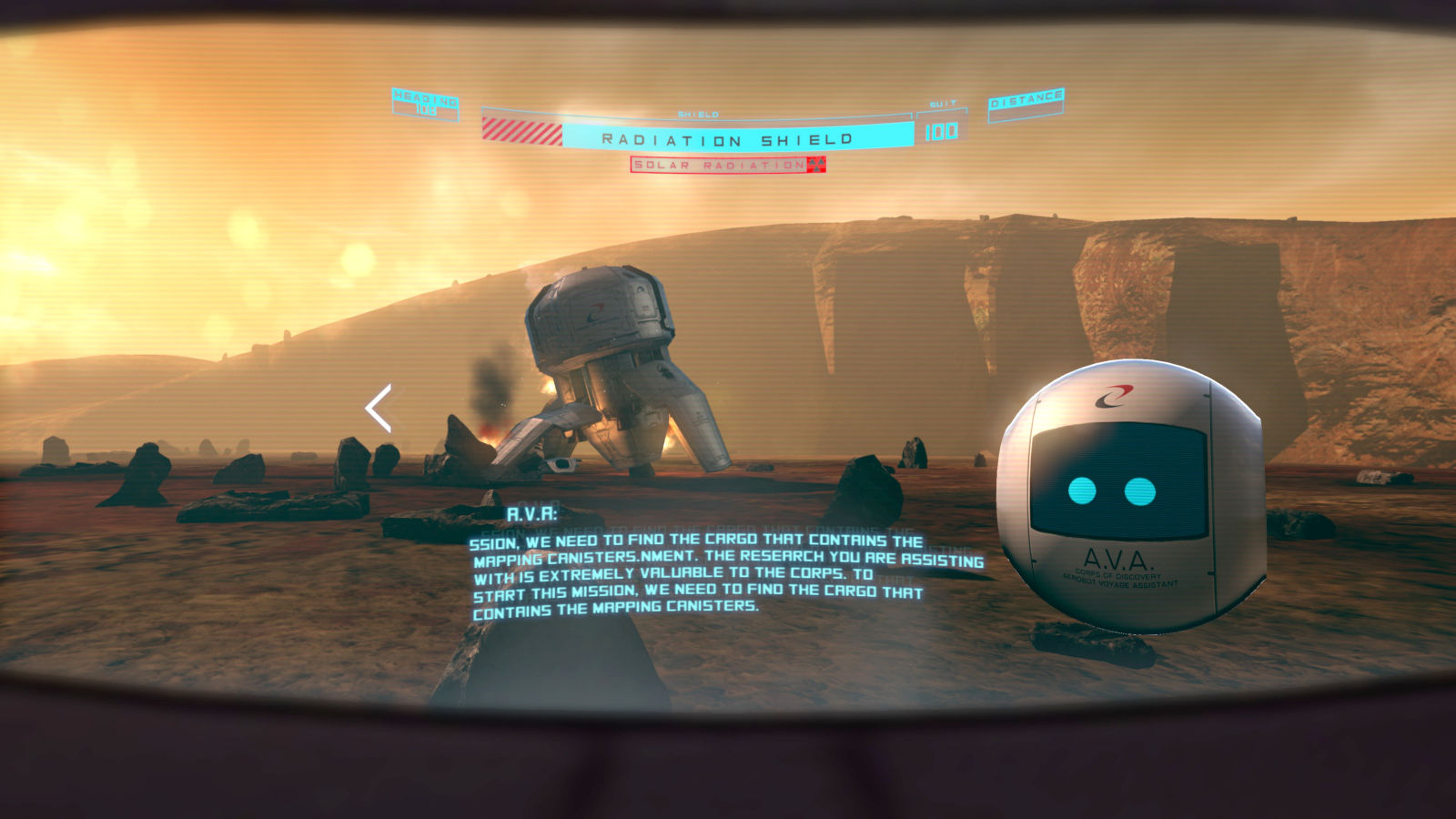 Outside I was always accompanied by a floating droid orb called A.V.A. which was sometimes a nuisance, sometimes genuinely entertaining. In the beginning it was constantly nagging me about the importance of finding my goals and yapping about everything we found. It didn’t like me looking for ship parts on that one planet – it was certainly not what I was supposed to. If I found strange secondary hotspots such as bizarre reminders from Earth (drinks, furniture, a piano) or a spheroid memory globe, it couldn’t even see it and callously reminded me to get on with the mission.

But as the planets came by, it also grew demoralized along with the astronaut. On the final planet it was just as rebellious as I was. It was even cursing. I had to read the subtitles again. Was that profanity?

The planets were not always easy to traverse. I could sprint like crazy and the jet pack lifted me up quite a bit, but there were sometimes big cliffs, gaps to drop into, or quite some distance between floating islands. I often had to plan my route to make sure I didn’t have to restart it. 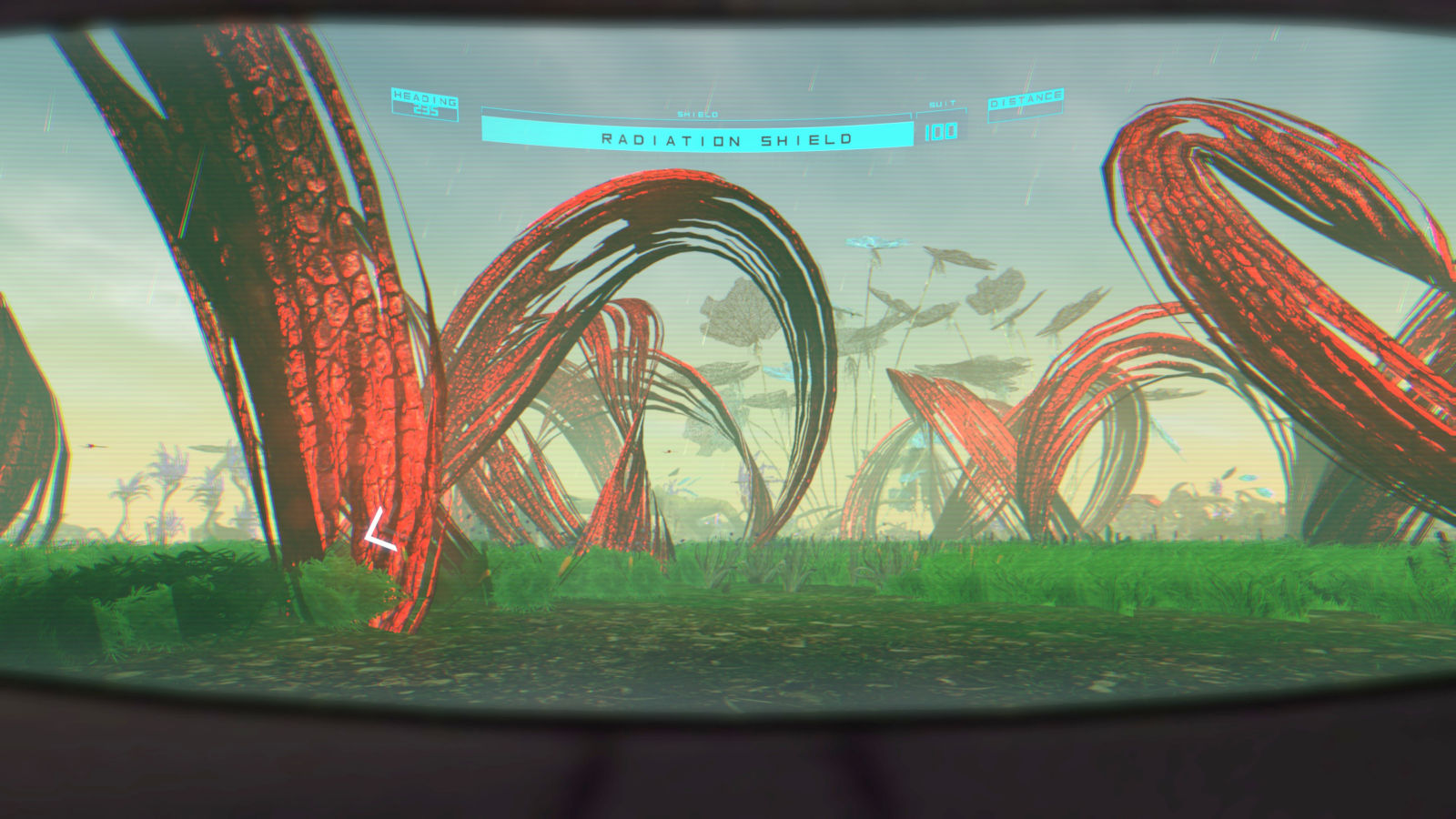 There was one planet where I had to jump from pad to pad on a cliff side, and the last planet even ended with an epic ascent in a rocky structure pointing towards the sky. Especially this part reminded me a lot of the excellent games Grow Home and Grow Up – although of course more thrusting than climbing.

Still, if you’re not keen on first person jump puzzles, you may want to steer clear of this game.

Every time a planet ended and I woke up in my bed back in the space station, it was clear that some time had passed. The station deteriorated and even started breaking apart in the end. Eggs in the lab hatched to chickens, and an alien fish in an aquarium later ate them.

Probably the most unexpected event – maybe even an Easter egg – was finding an anomaly that had Chris Rock ranting about something. If it wasn’t Chris Rock himself, it was an impressive impersonator. I loved how he ended it with, “I’m not Chris Rock and you’re dying on a planet!” 😀