The sequel to Grow Home was much more of what made the first one so charming.

It was clear that although it was expanded in almost all directions, it was still built upon the same code base. Same climbing, same growing star plants, same graphical style, same rag doll animations. But where the first one took place on a small island and you grew one star plant into space, the sequel took place on a spherical planet with lots of floating islands around it, and four star plants could be grown.

However, growing star plants was not the objective this time around. M.O.M., the spaceship computer, had its parts spread all over the planet after a meteor storm, and I now had to find the crash sites. To help me a new assistant, P.O.D., could be used to view the planet from above, and it moved M.O.M. parts to a small moon using a magnet that I had to align like a seasoned oil worker.

P.O.D. looked like a satellite and sometimes also came with tutorial tips and observations. 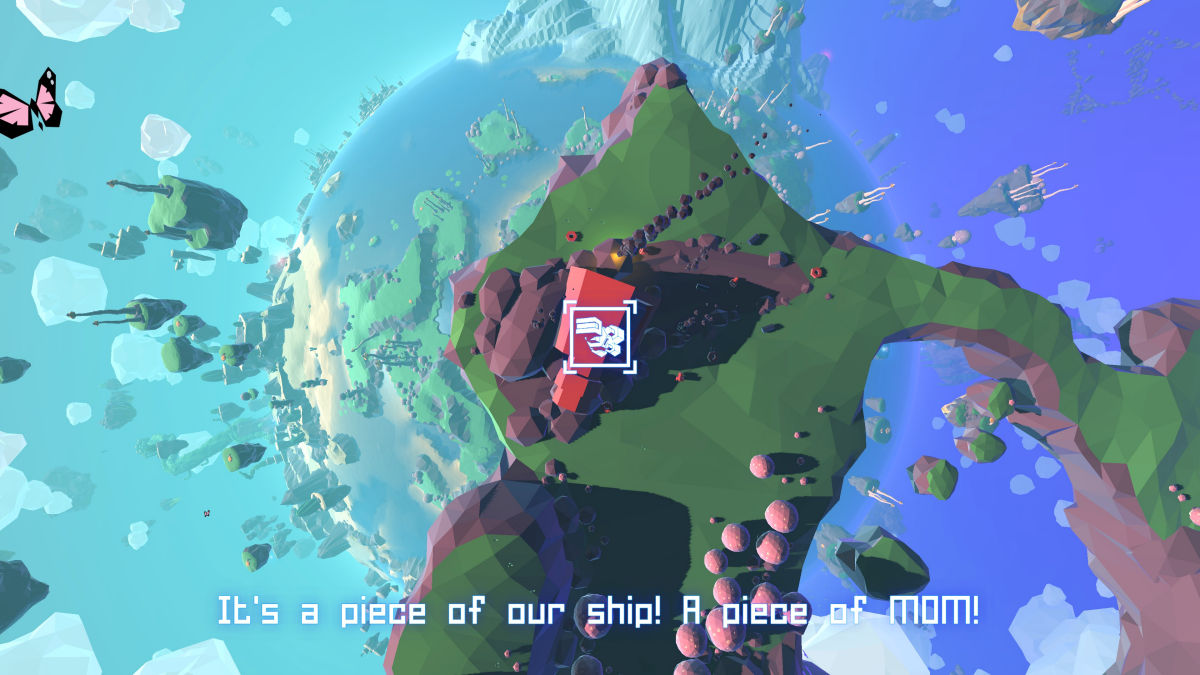 Crystals could still be found for upgrading abilities, but these abilities were now initialized by finding “tubs” with expanding red parts. It made B.U.D. more of an Inspector Gadget this time around. The dandelion was now permanent and didn’t lose petals. Rocket jumping could be improved with crystals to actually lift me upwards, and the glider could be expanded with a jet boost.

I could also become a rolling ball but I didn’t use that one much.

You could argue that these improvements made the game too easy, but honestly it was essential now that so much more landmass had to be explored. Without the ability to glide and rocket boost around without the help of growing star plants, it would have gotten stale fast. So it was all good with me.

The scanning and use of plants was also improved well. Instead of dragging them into a checkpoint, I now just had to hold down a key to learn about it. This made it available for my backpack. To be honest, most plants were not that useful – some just threw me off or I could jump on a fungus.

But I really liked the soap bubble plant. It was great for floating upwards past new islands.

Another new addition I didn’t like much, however, were the P.O.D. challenges. A marker could start a short race through hoop markers for a measly suit appearance upgrade. It was not so much that the reward was so trivial, it was that the challenge stressed me out. I skipped all but the first one to test it out. 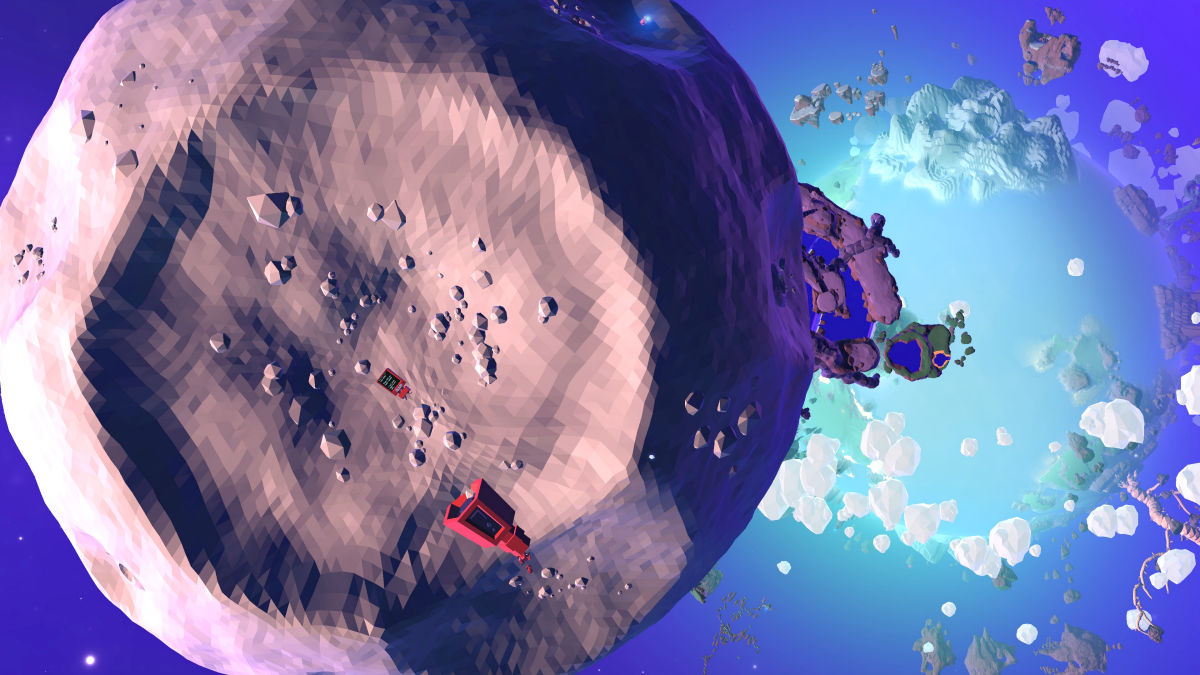 Growing star plants was only a side quest this time around. In the beginning it was needed to reach the floating islands, but as my abilities grew strong it was not needed to reach them anymore. One special star plant on a particularly high altitude island was needed to bring me up to a moon where all of the M.O.M. parts had to be assembled. The moon had its own light gravity and I could run all the way around it.

One thing that never ceased to bring a smile to my face was the way flies and bees hummed a childish song as they curiously flew closer in order to check out this strange red robot. Who are you?

It took me almost 5 hours to find all the M.O.M. parts and then awaken her in the reassembled spaceship. But I didn’t get the end credits. M.O.M. just listed what else needed to be done – more exploration, more crystals, more star plants, etc. I found the game charming enough to spend almost another two hours growing all star plants and finding 100 out of 150 crystals.