It took me just a couple of minutes past 4 hours to complete it, and I loved it.

Such a charming climbing game, with the low polygon style making for great vistas with almost all of the grown stems and floating islands in view. The goal in itself was simple – find red flowers on the massive star plant and grow them towards energetic islands. Connecting to all of these special islands would grow the mother plant itself. Reach 2000 meters and its main flower opens, grab a star seed from it and win.

Implementing this required a lot of climbing with left and right mouse buttons, which reminded me a lot of the old arcade game Crazy Climber to begin with. The robot in control, B.U.D., was essentially a rag doll and it made for deliberately weird climbing at times. Keep on rollin’, baby. 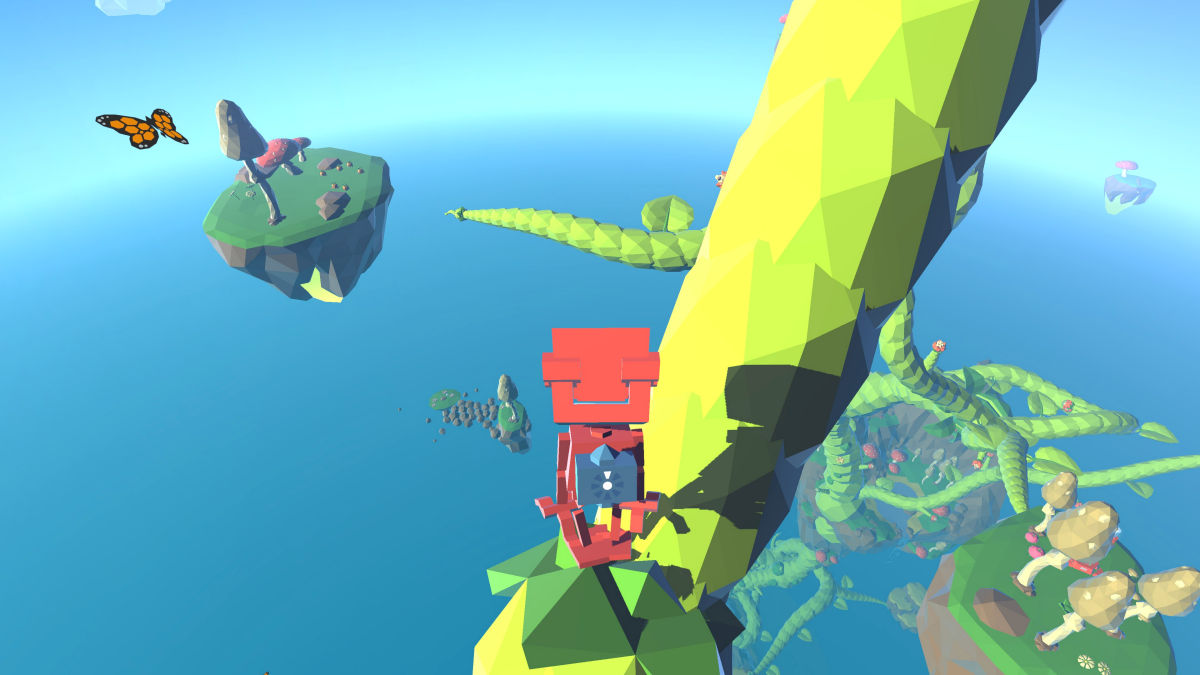 A side goal was to find crystals growing on islands and in caves. This wasn’t just for collecting as it also increased my powers; jumping, a zoom-out camera, and a limited rocket boost. B.U.D. made cute winning sounds whenever I managed to grab a crystal. Another side goal was to drag plants, fruits and animals into one of the checkpoints for analysis. This gave more text to read about them in a data bank.

Cute, but not all that important. Crystals and growing was the main concern.

Helping with the climbing, I could also grab a dandelion and use it for floating as a parachute. The flower slowly lost its petals while floating, so it was a limited ride. Later a leaf could also be used for gliding, but I preferred the dandelion. Jump off an island, float back towards its side, then grab hold and climb.

One of my concerns before starting this game was falling and having to redo a lot of climbing, but this was not painful at all. Checkpoints could be reached and opened on various islands, and I could then teleport between them in an instant. Dying respawned me at the uppermost checkpoint yet found. All this made it quite manageable to get back to what I was doing without too much backtracking.

Dying came from falling too hard from great heights, drowning in deep water, or being eaten by one of the thankfully rare carnivorous plants. A cute detail here was that the next B.U.D. could actually go find and gaze at the broken parts of the previous B.U.D. robot. 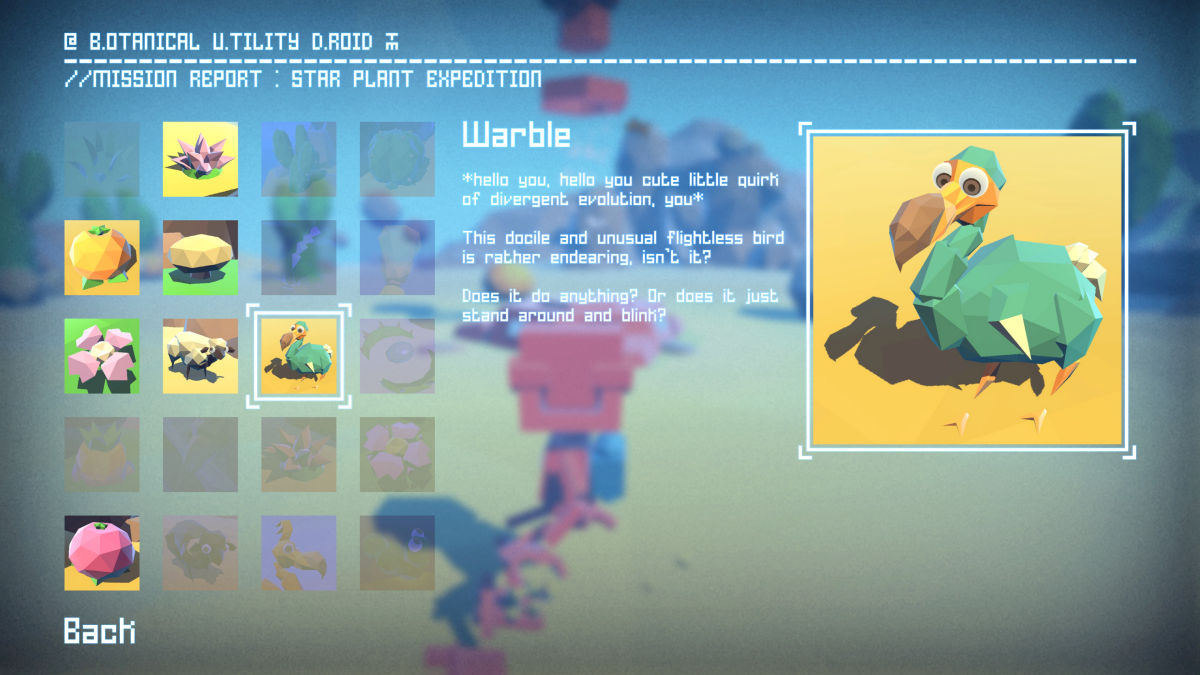 Most life were plants, but there were a few sheep, dodos, frogs, worms and even one bull to find. I think only the bull in a cave was dangerous, but I never dared get close and test that theory. The enormous star plant itself also made grumbling noises like a massive animal, but the only action I saw from it was when I helped it grow. As mentioned before, this was done by activating small red flowers.

Steering a growing stem from a red flower was like riding an undomesticated centipede.

Which leads me to an important paragraph. If you’ve read my previous game impressions, you know that no one is more adamant about using the mouse and keyboard than I am, and I’ve proven many times that games originally designed for gamepads, such as e.g. ABZÛ, were perfectly possible this way too. I have read lots of claims that a gamepad was absolutely necessary in order to enjoy Grow Home.

Nonsense. Grow Home was fine with mouse and keyboard, and I will use this in the sequel too.