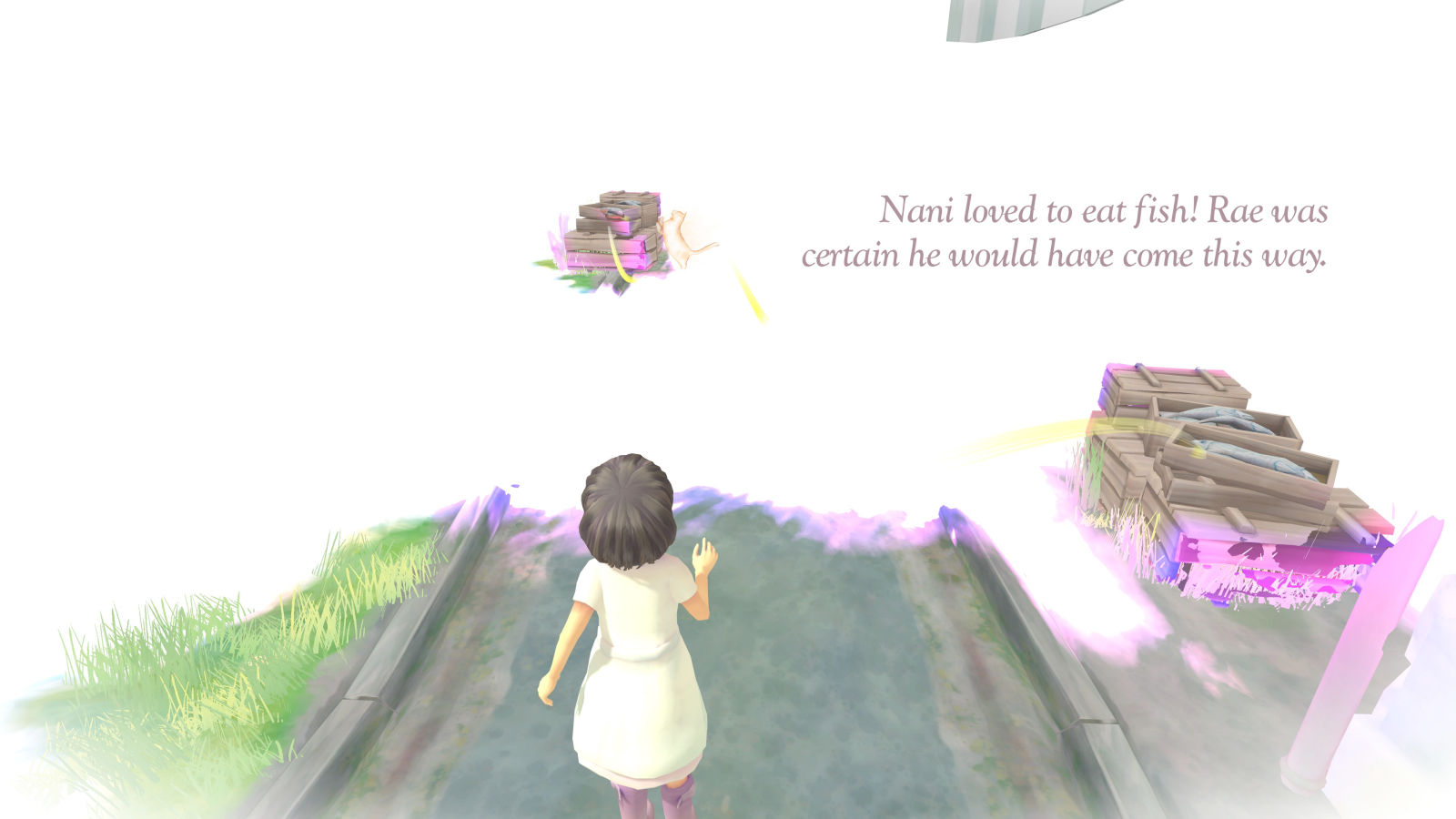 I had mixed feelings about this game, but for the most part it was cute and short enough to warrant the installation. I actually quite liked “painting” the surroundings as it reminded me of a game mechanic that I used to find enjoyable. On the other hand, the girl was walking very slowly. Since she was blind it was quite understandable, but it was still too much. I often yearned for a run button.

It was also sometimes too easy to get into a loop of constantly bumping into house walls and bushes, having to find my way around. I then tried sticking solely to the paths and roads, but the game sometimes abandoned those just to spice things up. There were also things to back out of or walk around.

One really sweet idea that was used from time to time was to reveal something in the distance as what she guessed it was, then as she got close it transformed into what it actually was. For example, a fountain in the distance turned out to be a sewer pipe instead.

In the second level of the game I hit a bug as I discovered a barking dog. Somehow I managed to sidestep the path just enough to get into a repeating cutscene loop that I couldn’t break out of. I had to quit the game and then resume it, and that’s where I discovered that I was set back quite a bit.