This first person adventure looked crazy good. Yes, it was mostly gray and samey corridors and dilapidated apartments, but the level of detail was marvelous. In one of the bigger halls, the wallpaper was coiling off the walls in the most convincing manner, I have ever seen in a video game.

It was also relaxing for the most part, although it wasn’t just a facile adventure.

I woke up in a bed in an apartment complex where the sun coming through the windows was unpleasant. Getting too close oversaturated the light in a hurtful way. Some corridors had too many windows and thus were impossible to traverse. The dilapidated state of everything made it look like something straight out of Pripyat near Chernobyl. Of course none of the switches or faucets worked. 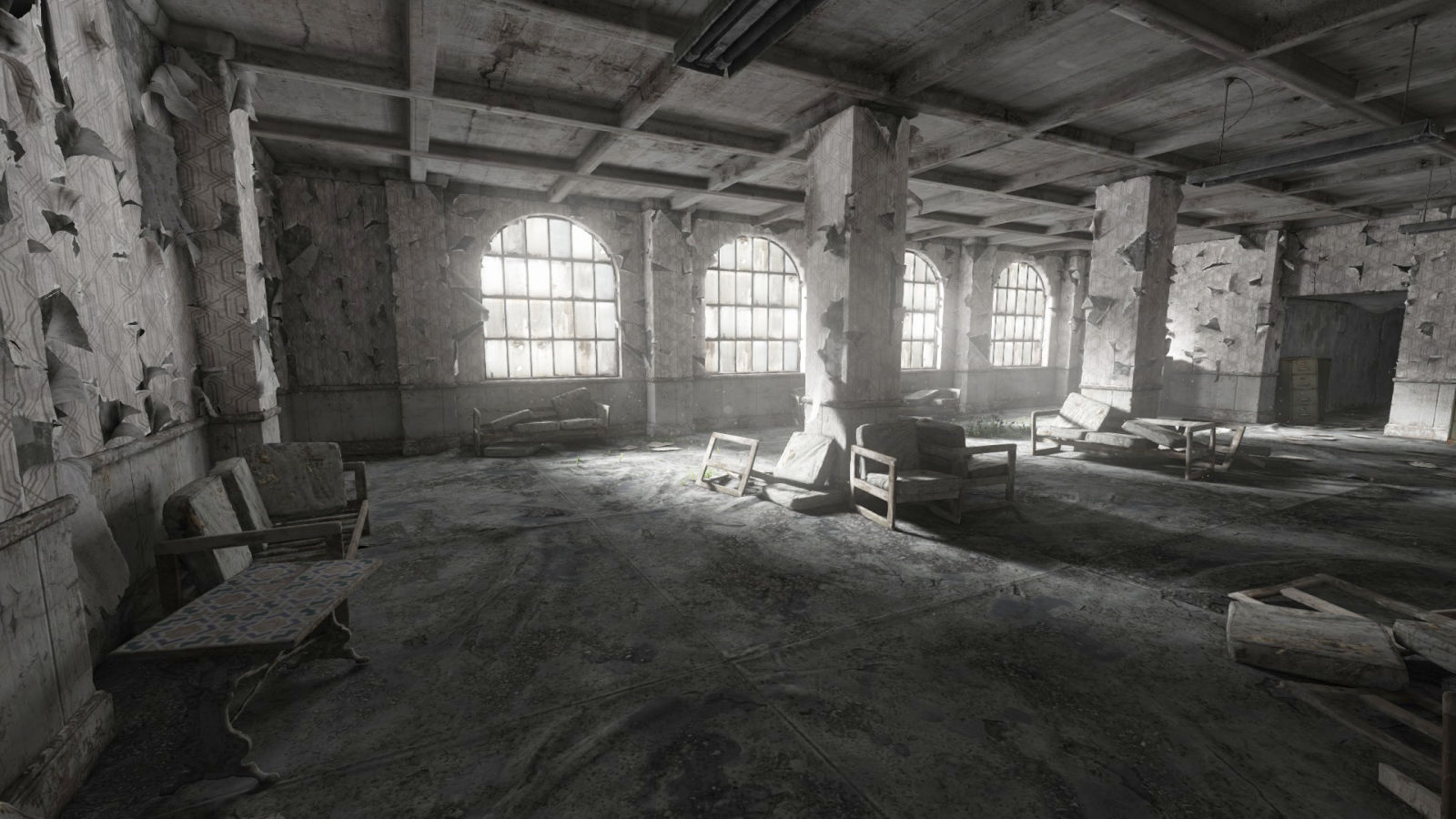 And to make matters even worse, the papers and books found everywhere were written in gibberish.

The game was mostly exploration and searching. I found keys to open locks in doors, a fire axe on a holder too heavy for me to lift, a bucket I could fill with water, and… I was stuck for quite a while. When I finally figured out what to do, it turned out to be a repeated theme throughout the sections of the game. Water the flowers on the floor, watch them grow pretty, then take a nap on the bed.

The nap between sections took me to a dream version of the same apartment complex, only with sort of inverted colors. Blackness was seeping up through the floor, and if I stood still for too long, it overwhelmed me. This just woke me up and I could always try again. So the key was to keep moving. In most of these sequences I had to find a door I couldn’t open when awake, then smash it with my axe.

Yes, for some strange reason I had that axe I couldn’t lift with me in those dreams.

Waking up, the door smashed down in my dreams was also smashed down for real. This gave access to the next section, where another bucket of water had to be organized. In some of the later sections, this was obscured by additional puzzles such as finding the combinations for locked drawers, opening the water for all of the heaters in a gym, or turning on the electricity for an elevator by flipping breaker switchers. 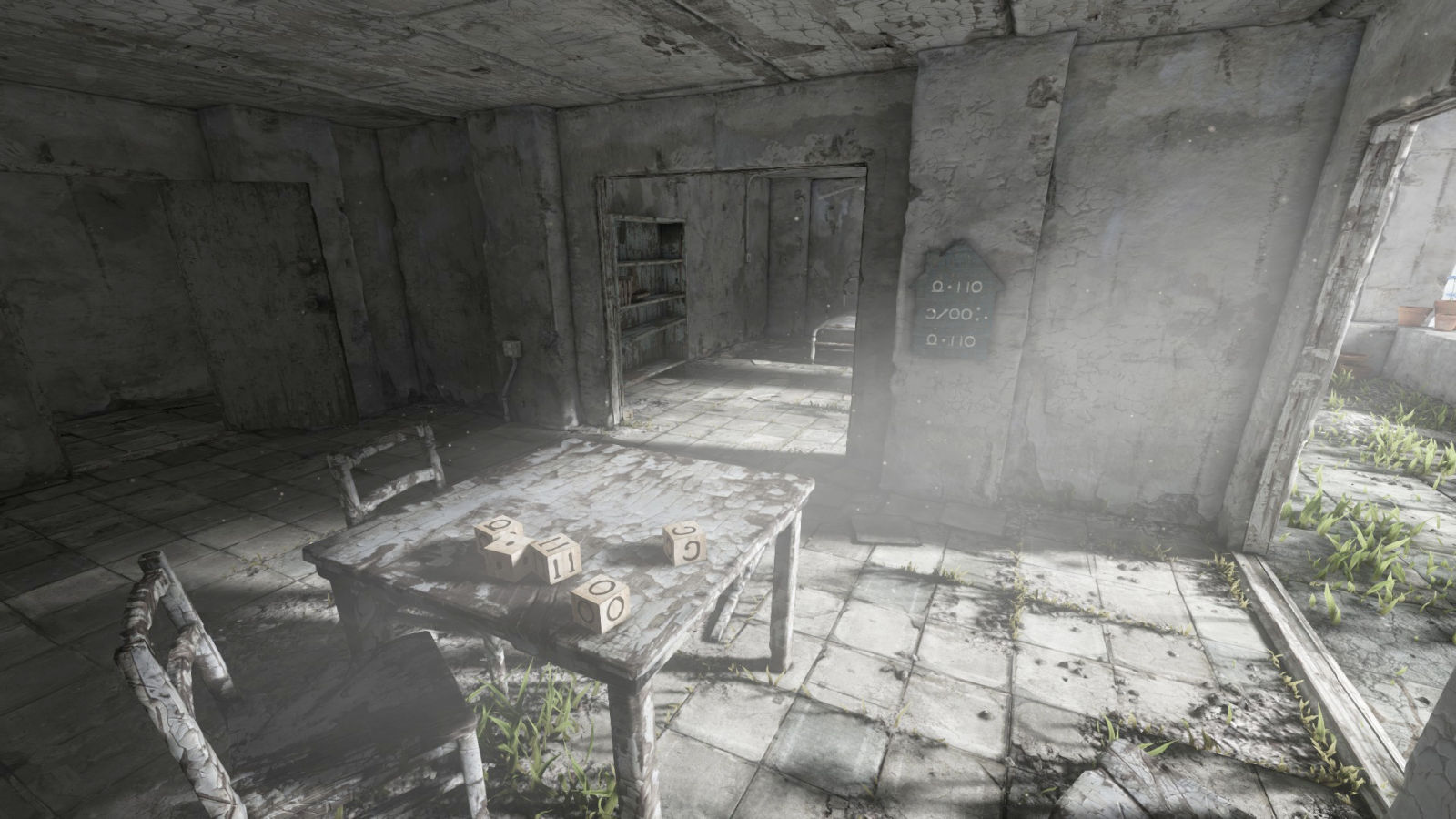 The last part with the breakers required me to learn most of the letters of the gibberish language. It turned out that it wasn’t that gibberish after all. Most of the symbols were replacements for our letters. I figured out most of it on my own by studying blocks with symbols in a child’s room and by trying to decipher what a letter with instructions for the breakers was saying. The order for turning them on was intricate.

I actually wasn’t that much of a fan of that puzzle with the breakers. It broke one golden unwritten rule of video games – flipping the breakers in the right order wasn’t followed up by a success chime or anything like that. It was just nothing. Only by taking a nap revealed that I could now hack down the door to the elevator. And playing the notes on the piano just dropped a drawing. A poor man’s achievement?

The fountain puzzle down below was cute, though. In order to get the water in it up high enough for me to reach it with my bucket, I had to dump a few statue heads into it. Pure Archimedes.

And then, I found the mirror… that sure was a surprise.