Another short one. Took me less than 3½ hours. Not that I mind – I like short games these days. I’m trying to dry out my backlog, so it’s usually either that or a sample for my blog series about short sessions.

Etherborn was a third person puzzle platform game with a beautiful art style. The rules were actually quite simple. I could change the direction of gravity by walking around certain curved edges, changing floors into walls or ceilings. Gems picked up could be put in placeholders to e.g. slide out a bridge, swoosh in a piece of additional level structure, or raise a set of stairs from a pool of acid. 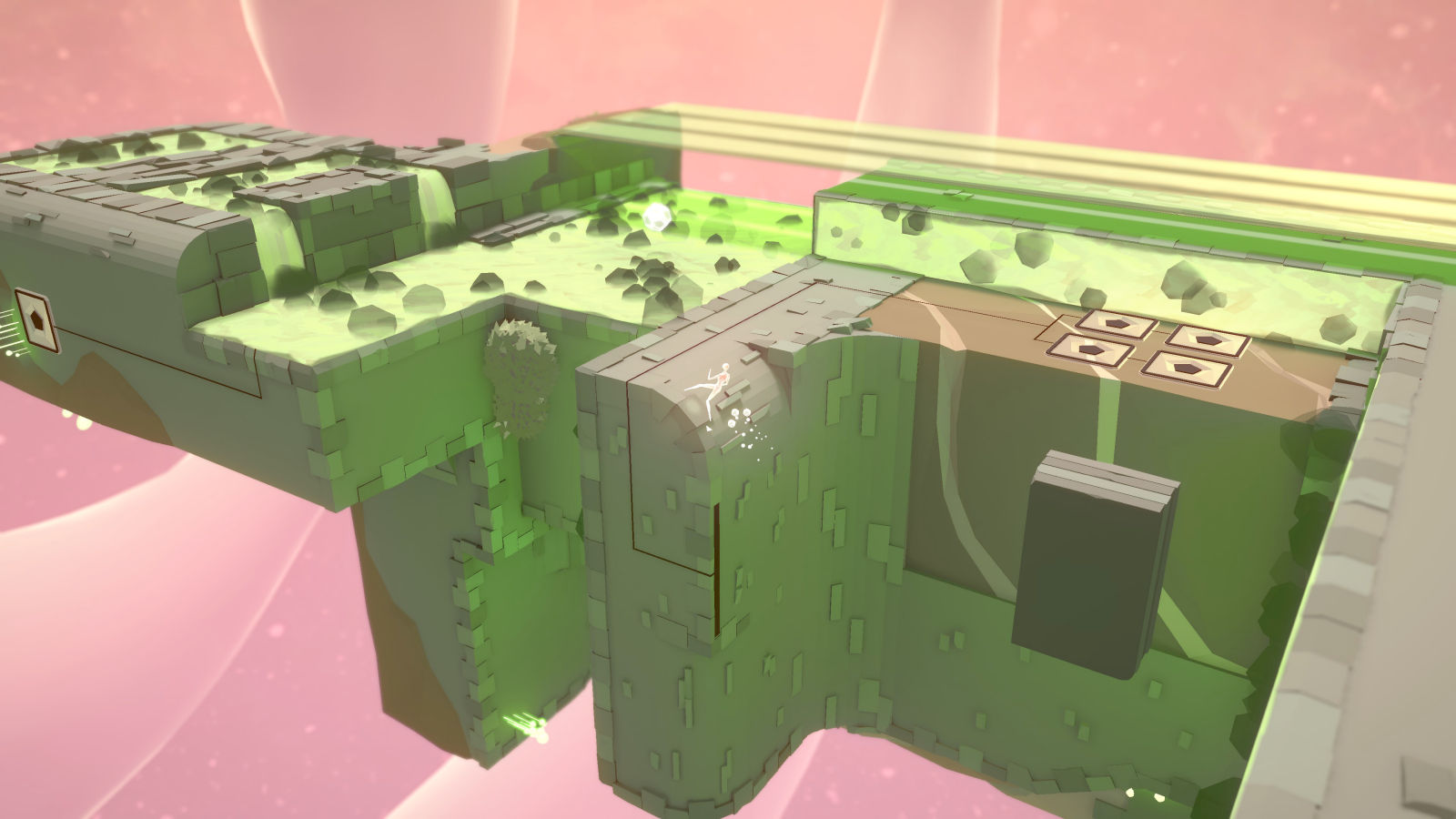 This was the second game I played with my Xbox One gamepad. The subtly tilted or skewed camera angles didn’t work well with keyboard and mouse. Good thing I’ve found my peace with gamepads.

For the most part I enjoyed this casual game. Apart from the brilliant graphics and a generally good feel of controlling the transparent silent protagonist, the music was also exquisite. I especially liked how the music moved into complex jazz chords in the the most intricate parts of the fourth level. That was fitting.

The game did have some issues, though.

The camera didn’t always stay behind the back of the protagonist. There were rare occasions where I was running towards it – a combination that never made any kind of sense to me in video games. Sometimes the camera also didn’t show everything I wanted to see, even if I tried to tweak it with the right stick on my gamepad. There were situations where I jumped down onto a partially obstructed platform because I needed to see everything it had to offer, only to learn that it didn’t lead anywhere useful. 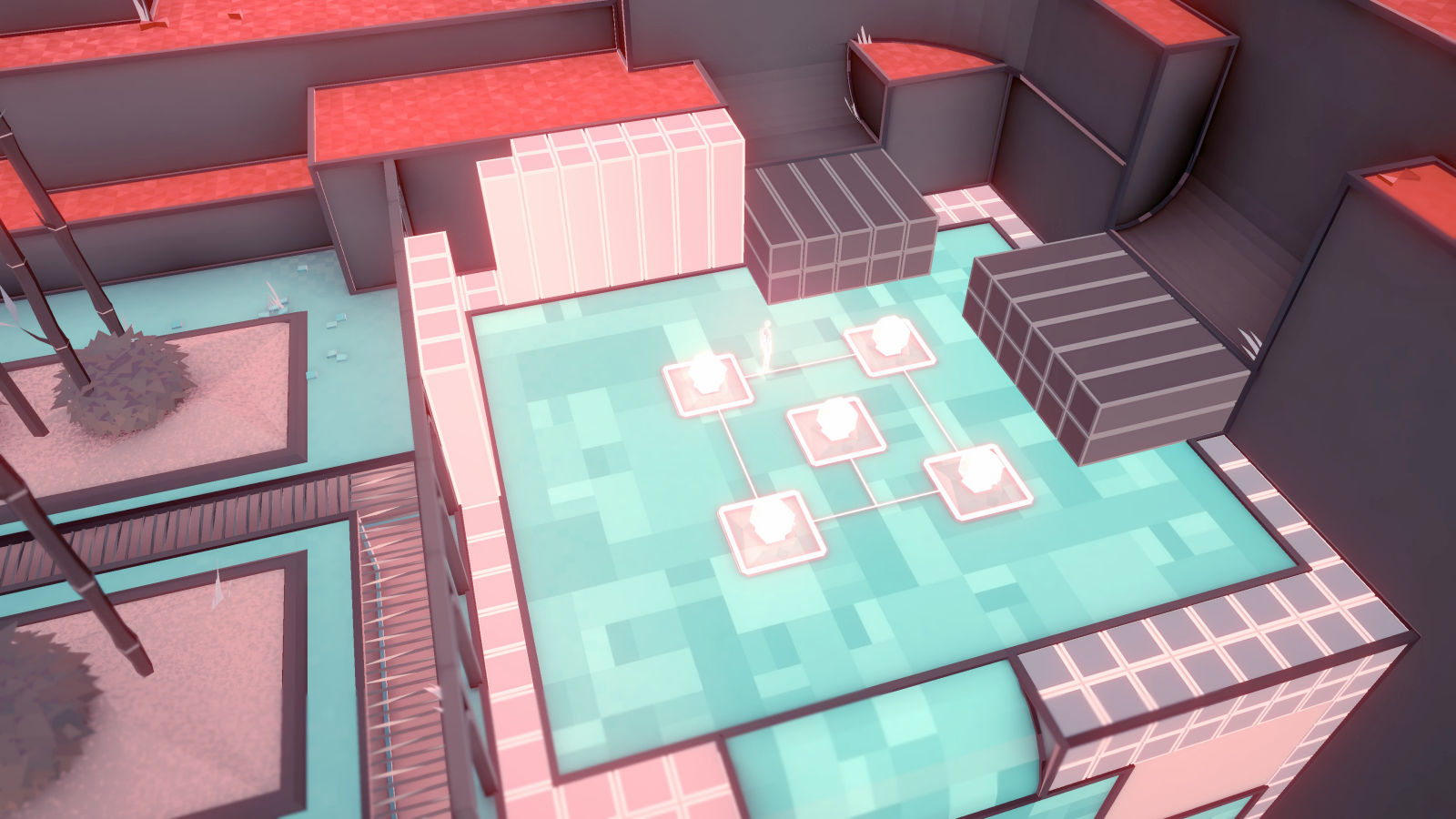 I also felt that particularly the fourth level went slightly too far into bewildering territory. This was where areas with blocking wedges started to slide up when I got close to a point the developers didn’t want me to get past that way. I repeatedly revisited the same platforms in various orientations to no avail before I finally found a subtle arc or a combination of gem switches that worked.

Furthermore, the story told between levels was not interesting at all and largely just felt pretentious.

In between the five levels, I had a long walk on the trunk of an enormous tree of life. Both this and the story didn’t get in my way and I could just ignore it for the most part, but the developers should perhaps have rethought this anyway. The right story can make wonders for games like these.