Time for something I haven’t played in a while – an FPS. The ironic part is the third letter in the abbreviation as there wasn’t much shooter about it on my part. Sure, I had powers, but I still missed a rifle like crazy.

The game took place in the Heroes universe but was its own story. I played Cassandra, a young girl entering an abandoned structure together with a male friend. Soon they discovered it wasn’t that abandoned after all. Her friend was kidnapped by a couple of soldiers, Cassandra discovered she had time shifting powers, and off I went searching for her friend – as well as some information about her past. 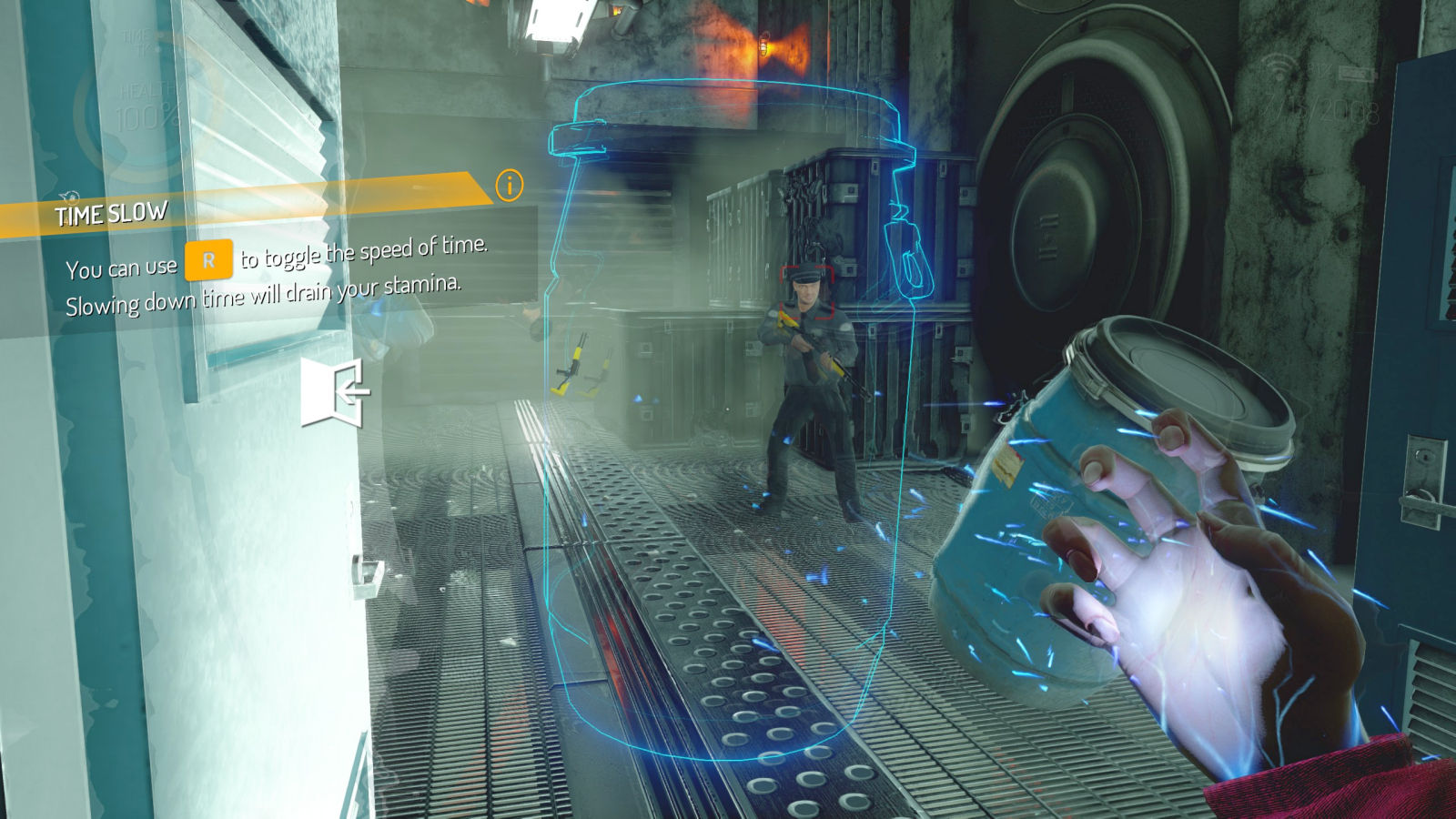 It was one of those game with powers getting more diversified and powerful as the 15 levels went by. In the beginning I could only shift between two time periods – the past (2008) where the facility was new and undamaged, and now (2014) where it was in ruins. Think Soul Reaver, only without any color filtering. Also, time shifting was not possible if the location was inside solid stone in the other time period.

As the levels went by, I got the ability to use telekinesis to lift and throw objects and enemies, slow time and even jump farther than normal, and I got the ability to catch bullets and throw them back. The latter wasn’t explained well and didn’t feel intuitive, so I forgot about it and settled with throwing stuff in the face of my enemies (especially explosive canisters) or dropping them into an abyss.

Unfortunately, not learning how to catch bullets would become a problem in the final boss fight.

Most of the levels were part set pieces with half a dozen soldiers (some normal, some fast and agile, some well padded) or a cluster of light jump puzzles on pipes and vents. None of it felt particularly inspired. There were a few exceptions such as moving a sapling in the past to grow a tree in the present elsewhere, or opening a pipe of water in the past to break through the floor in the present. But these were rare. 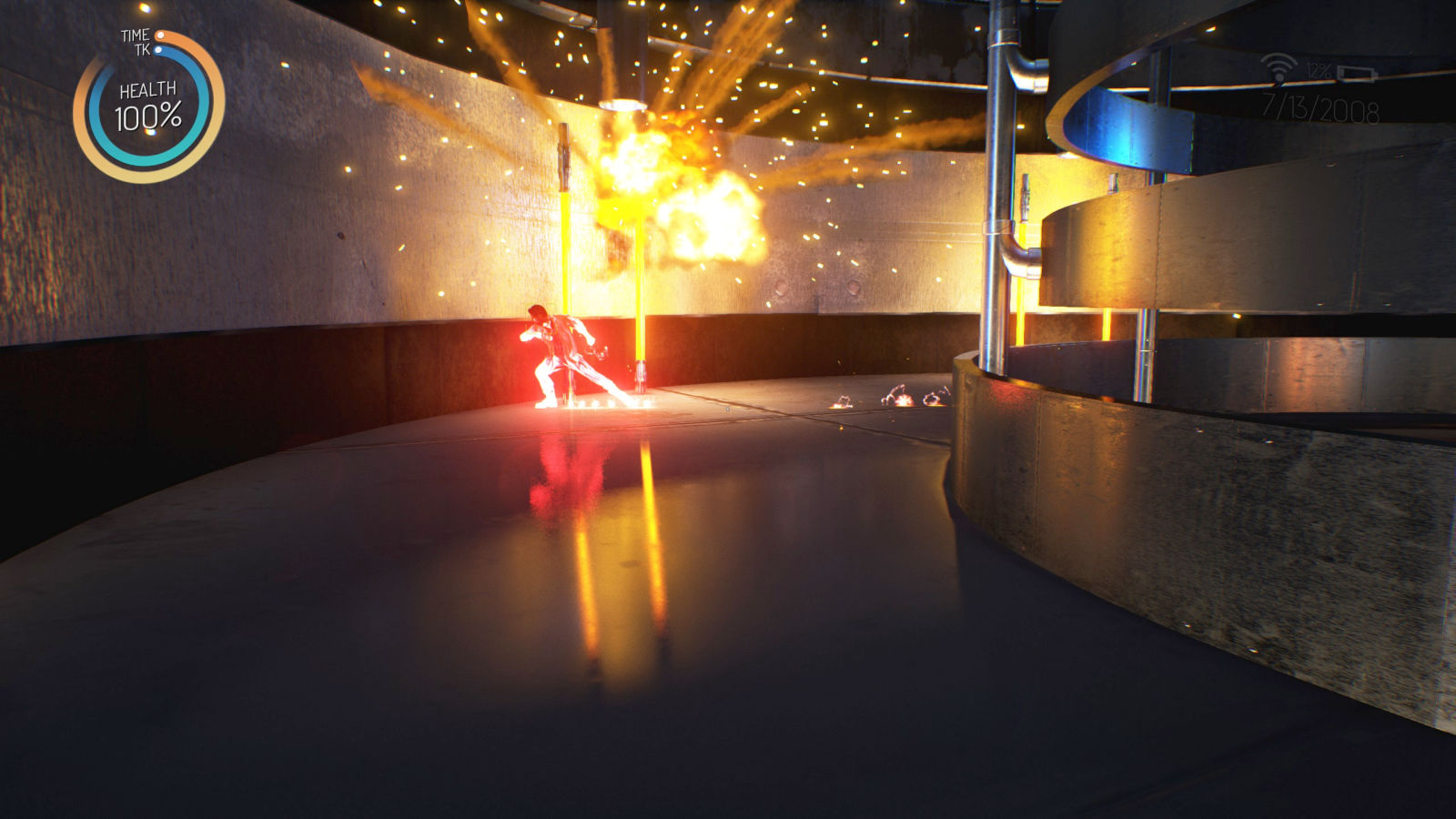 In the final four levels, two boss fights occurred. This is also where I learned the final ability to shoot sort of telekinetic bolts, which helped fix the need of a gun but still wasn’t quite as satisfying. The final boss fight was the annoying kind with way too many phases. The opponent could shoot fire bolts, and I was stuck in a chamber with cyan energy pillars. Luring him in there by holding him during time shifts didn’t work.

I tried a lot – then finally gave up and looked for hints on the internet.

It turned out I was forced to learn that awkward catching technique I didn’t bother to learn earlier. This was used to grab his fire balls and blast them into the pillars. There were several chambers where this had to be repeated before a final dart out of everything exploding. Think Uncharted or modern day Tomb Raider, although shorter and not quite as impressive.

Which is a fitting description of the entire game, actually.

After the first few levels I was actually pondering whether I should leave it and add it to Short Sessions, Part 5. I really should have done that. It wasn’t particularly memorable, and it had that abysmal boss fight in the end I just knew it would have.