Another Portal clone. I really liked this one – it felt so polished. Objects could be lifted and rotated, but when you hit the same hotkey again, it was put back exactly as it was found – it wasn’t just dropped to be shuffled around by gravity like in other games. Handles could be moved when holding down the mouse button and then moving the mouse. And the watching robot had a wonderful “Jeremy Irons” voice.

It all made for a great first impression. 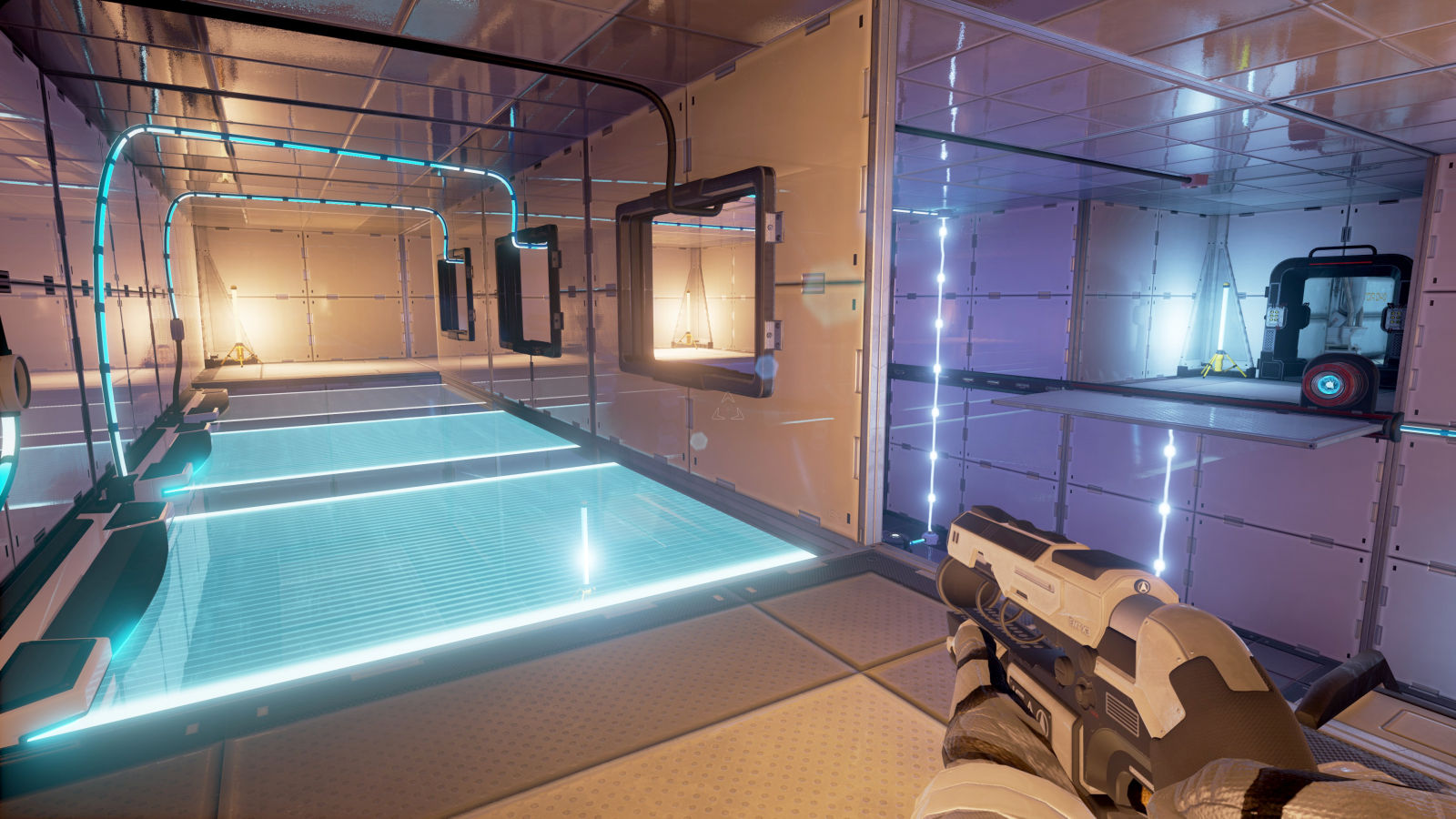 The actual gimmick was surprisingly unsophisticated. Instead of a gun with a magical superpower, I could merely suck or shoot energy spheres into large sockets. Sometimes also move a box with an energy sphere locked up inside. Both activated something, like a door, a bridge, a light laser – all the kind of stuff you usually find in these games. The puzzles were good and for the most part not too difficult.

At least up until the final two chapters where the bigger areas were dominating.

There were a total of seven chapters, each usually introducing new gameplay elements. The energy spheres came in various colors, mostly indicating a delayed or flickering timing. One later chapter even introduced fun cooperation puzzles of the type where you toggle between several instances.

The background story was about a woman being woken up by the AI named T.O.M. – that’s the lovely voice I talked about earlier. The rest of the crew had disappeared. I needed to land on the Jupiter moon Europa and solve puzzles chambers in an underground facility while making my way further inside. The chambers were straightforward in the beginning – it made an actual tutorial completely unnecessary.

Every new puzzle area spawned another short conversation between the protagonist and the AI, and it was often about interesting things like e.g. the nature of creativity. I loved listening to this.