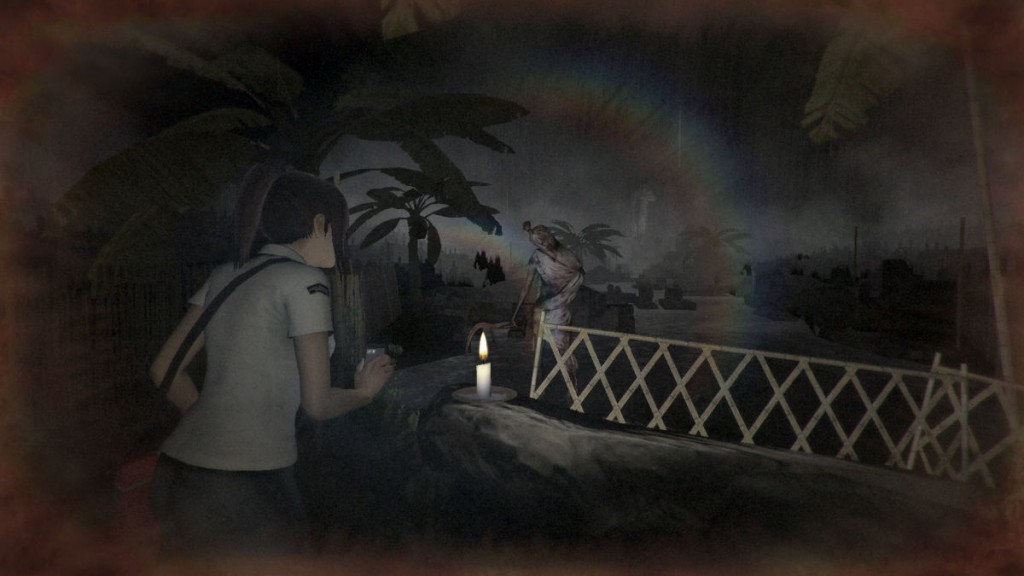 Although some of the areas were surprisingly large, neither the textures nor the polygon count were impressing. There were an abundance of invisible walls, a few bugs, and as said terrible design. Monsters could lock me into a corner and pummel me to death, after which a return from limbo would continue their almost unavoidable pummeling, still locked in the same corner. The 3D engine sometimes flicked me back a few meters which was completely disorientating. There were also a lot of bosses of the frustrating kind that easily runs up to you and slashes you, before you have time to bring up the smartphone.

That example above about being locked into a corner and killed multiple times, that happened as early as in the cemetery in the prologue. That should probably have been an omen that made me stop playing. But silly me continued anyway, naively thinking that it was just a fluke and that the rest of the game couldn’t possibly be that punishing all the time. 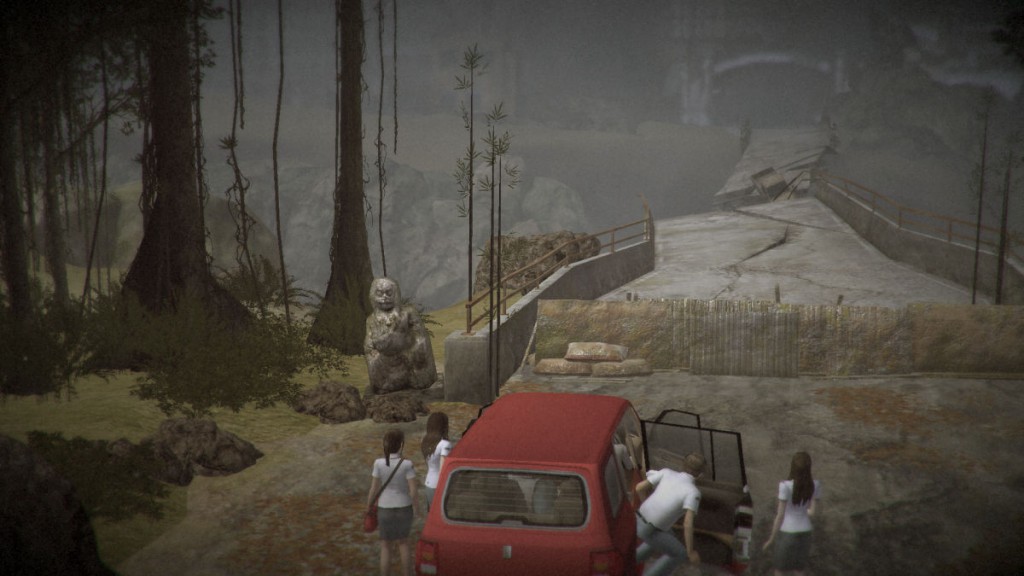 I was stuck for a long time when the car stopped in front of the broken bridge. I even ran back a long stretch, even though I had a little voice constantly telling this couldn’t possibly be it. It turned out that I had to keep interacting with the school mates until one of them walked over to a fence and created an opening. I didn’t really get the slap on my own neck feeling out of this one, because the banter between the teacher and the mates sounded like mere filler. It always felt like I was supposed to do something on my own.

It was possible to change clothes in the back of the van – from the school uniform to jeans and a T-shirt. I wish there had been more costumes than just those two.

The dark inside of the school area was probably the longest part of the game. I was chased by a pig monster sometimes (I quickly learned to flash it away) and had to open and check out a million class rooms. A scissor boss in a secret room was the first of many badly designed bosses. It could run me up and instantly slash me after returning from limbo. To make matters even worse, he could teleport too. It was here I learned that each return to limbo meant a longer and longer run towards the light. A nonsense punishment that luckily could be turned off in the game settings to just have a fixed distance. 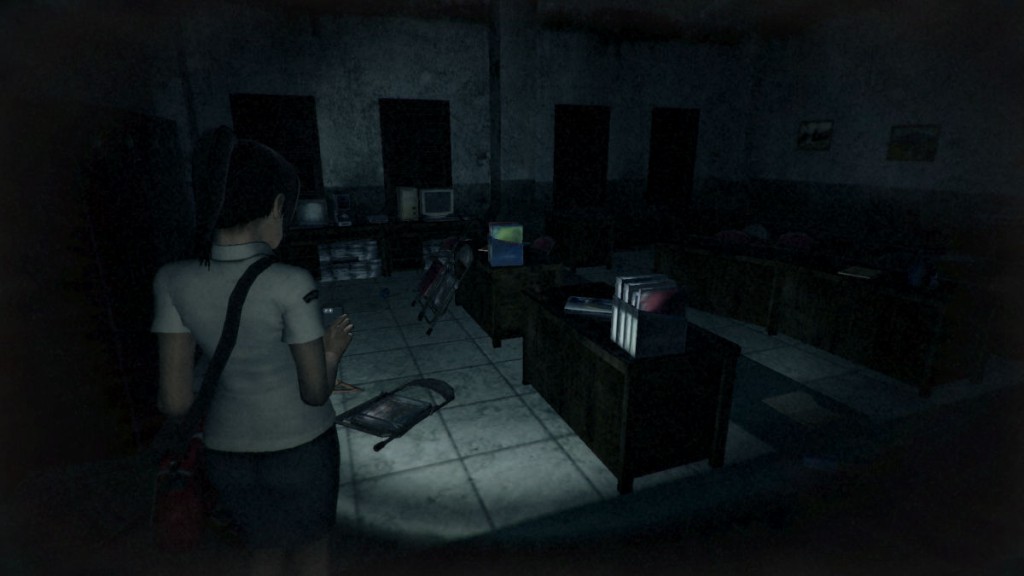 Towards the end of the school sequence, I was hunted down an endless corridor by a big ghoul. It disappeared with a flash right about when I went to limbo, which made me think I triggered a bug by my bad timing. Back from limbo I was still in the corridor. Running in either direction just went on forever, and all doors were locked. I was so sure it was a bug, because after quitting to the title screen and reloading the game, one of the doors were displaced, occurring on top of another one. And the sound was completely gone. I had a look in a video walkthrough where the player found a secret door only visible by the smartphone camera. You would think was fair game and my bad, but the funny thing is that the player in the video walkthrough was just as confused as me – stuck for many minutes, and tried a ton of silly things as well. My guess is that this player also started thinking it might have been a bug.

Small gnomes came and took her bag and smartphone. Later I found a real camera with a separate flash-only button, as well as zoom on the mouse wheel. It brought me to quite an unexpected area with a lot of beautiful ladies around a pond. I had to visit three alcoves and light a candle in each. One of them required lining up separate stone wings and a statue and then snapshot it to turn on the candle, and another that I zoomed in since the way ahead was blocked by tree trunk pieces that both she and I could easily have climbed over in real life.

Then everything went totally dark again and it was boss time. It was another one of those with multiple deaths. At least the continuous snapshotting of the red eye of the big boss eventually made it crumble in pain at a point where further deaths skipped the prior stages, so at least there was that. Then the boss grabbed the teenager in his big hand and brought her close to the eye. I tried everything. Snapshot. Flash. Use. Anything. After a few deaths I just started alternating between all the keyboard buttons used by the game. I sighed and task swapped to a web browser to read what I did wrong. I could hear the boss winning again in the background, then suddenly followed by it making a new sound I had never heard before. I immediately task swapped back, and somehow the teenager had won! The boss was dead. Maybe I should task swap some more in games whenever I’m stuck on a boss.

I think the game version I played must have had additional acts added to it, because it lasted more than twice as long as the 3 hours originally reported by sites with game lengths. I came back to the small village as in the prologue, and here I had a weird chat with a possessed school mate, each sitting in a chair. There were even dialog choices. Barely. Most of the time I could only select one or two. The girl dropped a key out of her mouth for a mansion. 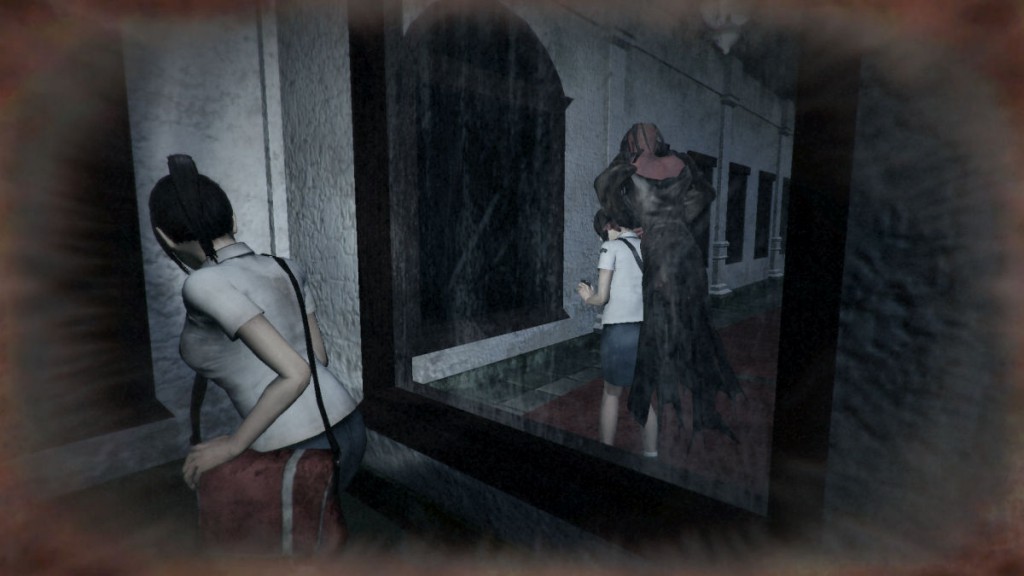 The mansion had a most annoying ghost that could harm me but only be seen in mirrors on the wall. Another nice idea made unnecessarily frustrating by the ghost smashing each mirror so I had to struggle onward to find another. There was an invisible poltergeist in a large dining room that kicked around the chairs and table, but at least that one didn’t slap me silly. I just had to get close enough by studying the intensity of the red vignette and then start snapshotting.

A small room with one entire wall being an enormous mirror was a repeated exercise in spotting the monster in the mirror crawling closer, then turning around and snapshotting its presumed location in the real room. Then the walls started bleeding and got darker. This very room actually reminded me of a room in Silent Hill 3 where the walls (and the hero) also got darker from blood all over the place. As far as I remember it was one of the scariest moments of that game. 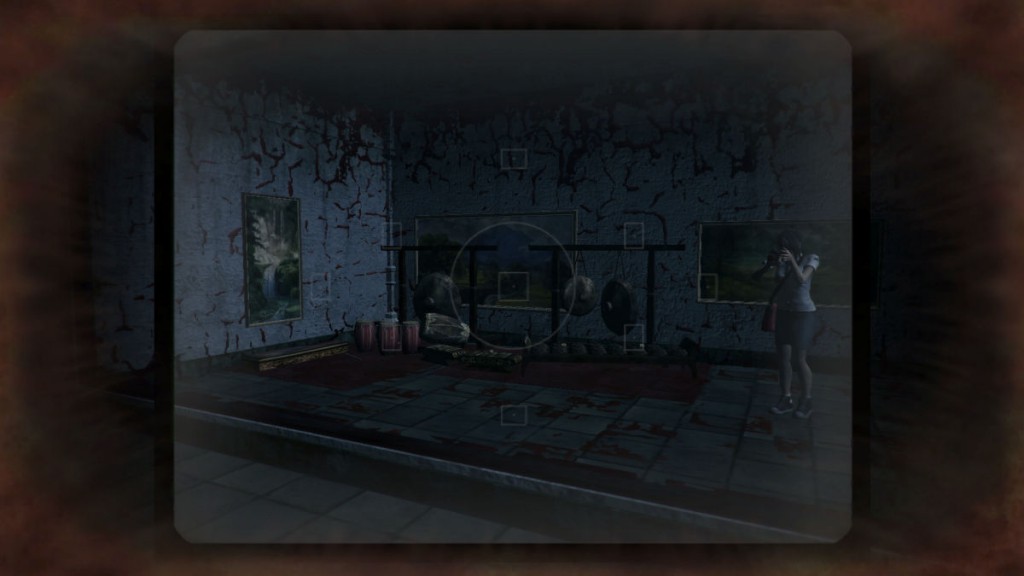 The final boss of the game, the woman in the red dress, was horrible to fight. Constantly reviving and often totally frustrating and unforgiving. There was a part where she floated around in a small area and pulled the teenager up in her hair while laughing in the most provocative manner you can possibly imagine. I think I died a dozen times there. As soon as I was back from limbo, I was in an immediate danger that the delay of bringing up the smartphone and activating its flashlight simply didn’t account for.

The last stage of the boss fight against the woman in red was a run in a black arena above a gray abyss of clouds. The display of the smartphone held up showed the maze-like walls of a house, both of us were in fact running around in. I actually thought it was a good idea, but it should probably have been used in a much more calm and controlled situation.

Without spoiling anything severe, the game ended with the protagonist vomiting. I actually kind of agree with her – this game almost made me want to vomit too, although for a completely different reason.