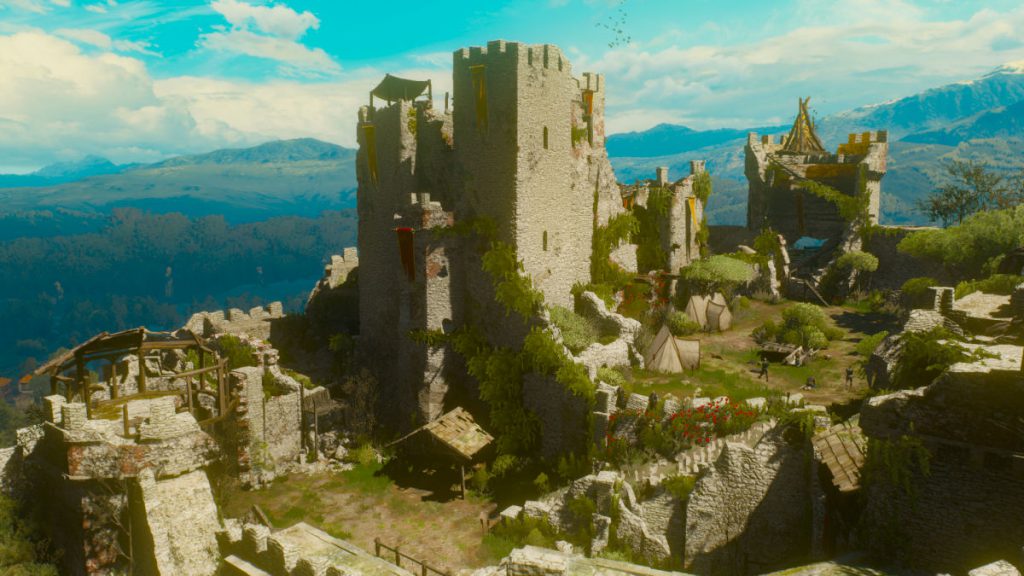 The quest designers were really having fun this time and didn’t hold back when it came to hilarious quests, if even at times downright vulgar. For example, one of the first quests I did after completing the main story was about finding the lost testicles of a statue. It then turned out that an old geezer had taken them so he could “perform” better in bed. The tone was set, and there would be more hilarity coming up.

As an example there was another humorous quest where a painter wanted to paint Geralt in a specific spot in the landscape. A griffin came down and had to be killed, and this was of course included in the painting. It turned out to be quite a lot different than whatever both Geralt and I had imagined. I immediately hung it up next to my bed in my homestead. I imagine Yennifer sighing every time she catches sight of it.

Nearby a small island inside another island, Geralt could walk on the water like it was glass. A test fight with a hermit gave me access to the sword “Aerondight” handed to me just like the Excalibur. It had the power of charging up to where it would always do critical damage. Unfortunately it also bumped this charge down whenever I was damaged myself, and I knew I wasn’t a good enough player for that. 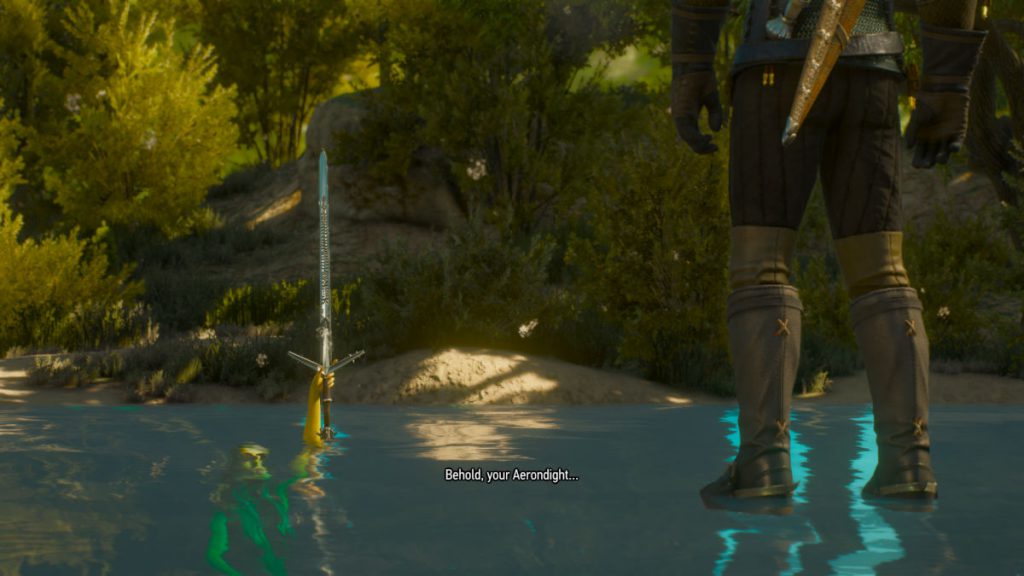 I soon replaced it with another sword.

One of the humorous quests I actually didn’t like much was about drawing money from a bank. It quickly got into a bureaucratic circus of having to get hold of another permit or form, traipsing forth and back, or waiting. If only they had done it like in The Twelve Tasks of Asterix and had Geralt beating them at their own game, but alas it just kept going until a fight with a few dwarfs in the vault. Booooring!

The expansion also had one of those quests where it was hard to choose which way to go. It was about a rare basilisk. I could kill it together with a band of half-naked gladiators or acknowledge the claims of a caretaker that it was the last of its kind and deserved to live. I chose to kill it, but the trophy wasn’t all that amazing. 1% in a whole list of what these trophies normally only do one of each. Meh. 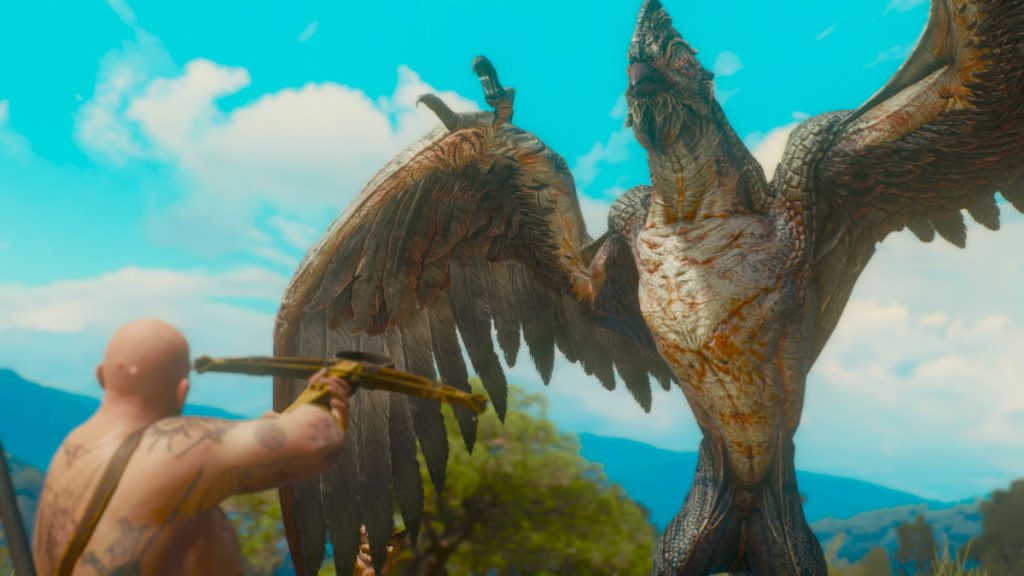 Jumping past a few of the more ordinary quests, another hilarious one was about escorting a count to a few animal encounters so he could take snapshots with a wonderfully silly contraption he wore on his face. After an encounter with panthers and centipedes, I had to spread out the tail feathers of three peacocks using a sign. That last part seemed a bit too tightly scripted and was actually quite difficult to get right.

But probably the funniest quest of them all was when I met a woman that talked about an invisible demon horse. She made me a brew that made it possible to see the horse, ride after it, and then talk him into being forgiven. But that was not the funny part. The brew also made it possible for Geralt to understand Roach talking to him, and the quest designers had his horse say all sorts of hilarious nonsense.

It took me almost 28 hours before I reached the end of this expansion pack. Together with the vanilla game and the first expansion pack, I’ve been playing for 148 hours and 38 minutes, reaching level 53.

By the way, I’ve updated the fourth gallery with a lot of new screenshots from this expansion.