Completed the first book of five which took less than 5 hours. Maybe I’ll settle with that. Not sure yet.

I completed The Longest Journey and Dreamfall back in the day, but it’s been way too long. 12 years. I could barely remember the cliffhanger in the end of the previous one. The beginning with Zoë Castillo in a coma made me question why she ended up like that, as did Kian Alvane in jail.

At least I remembered April Ryan’s fate all too well. I was hoping she somehow survived that. 🙁

Book One was a relaxing and very easy third person game with mouse look. There were few inventory items, and they could be combined. Dialog choices were floating words with thoughts read out loud when hovering on them. There were also decisions to make that were clearly inspired by Telltale Games. Lots of finger-shaking indications about how this earth tilting choice would be remembered for all eternity.

I had a journal where experiences were dotted down, a sheet with profiles (which wasn’t updating quite as much as I would have liked it to) and RPG style goals in the side. Beautiful music too.

The graphics were excellent. Most of the first book took place in an open small city section of the cloudy Europolis where I could walk around and marvel at the busy life. No detail was spared, from colorful neon ads to overhearing discussions and wishing I could walk further than the force fields at the end of certain streets. It almost felt like being dumped into Deus Ex Light. 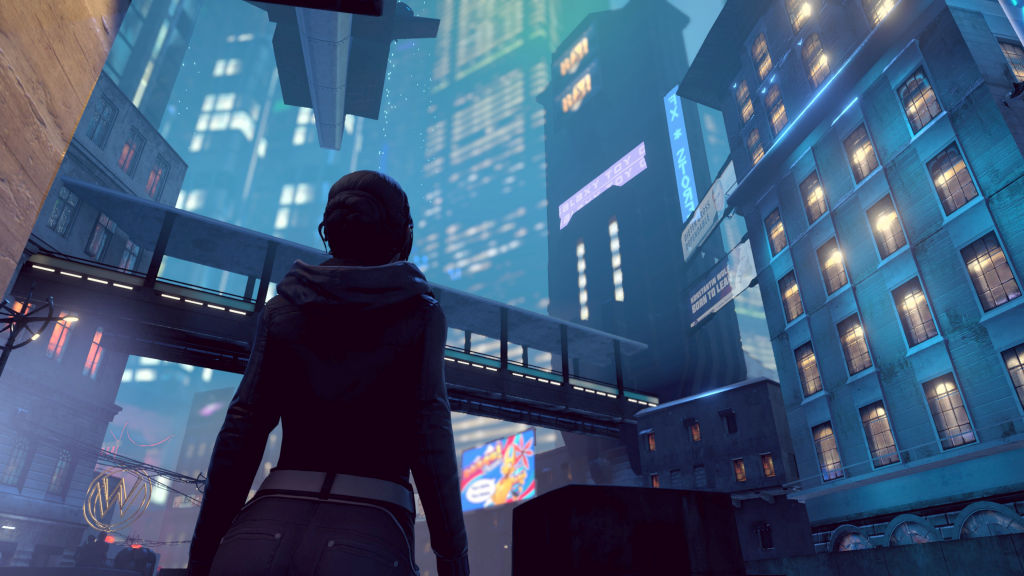 If anything, I was almost missing some more interaction in the city. I could access a cowboy street map or get a few words out of vendors, but not much more than that outside of quest tasks. It’s funny how this is a balancing act. Lots of things to do – Assassin’s Creed – and it’s too much. Too little and the city could risk getting stale and boring fast. It must be difficult getting this just right.

The lip sync also wasn’t excellent, but I quickly learned to ignore that one.

Story-wise, Zoë rescued a small girl in a dream world and woke up from her coma, while Kian escaped a death sentence in jail. After a talk with a shrink, most of the game took place in Europolis. I visited her work and got a job testing a hovering “Shitbot” in the streets. This was quite amusing. It failed all its tasks and it reminded me of similar funny quests in games 10-15 years ago.

This also introduced me to a new control gimmick. I could mouse control a direction arrow from the bot to another target, then click to make the robot do something to that. Like repairing a fuse, for example.

I also had to figure out how to buy an expensive gift to get access to a politician on a boat in a canal, visit Zoë’s boyfriend at his work, find a missing person, and interrupt a potentially dangerous showdown. There was even an interlude in the end of the first book controlling a blonde infant that could barely walk. I had to stealth past the dad as he was preparing food on the stove. Running made the baby giggle.

After the first book, I was shown my choices and how they compared to those made by other gamers.