I completed this first-person science fiction adventure in a little over 12 hours, and it was magnificent.

After a surprising start mostly in a contemporary apartment, my protagonist self was switched to the 22nd century on PATHOS-II, an oceanic underwater research complex. From then on the game felt like the little brother to Alien: Isolation with a smattering of BioShock mixed in.

This is probably the closest I have ever seen a game be an FPS without actually being an FPS. It had all the elements of a good AAA level FPS – a good story, great details, roaming monsters to avoid, audio logs to be found, and computers to be searched and operated. Sometimes I felt the influence of both Half-Life and Doom 3 as well. And it’s all compliments on my part. I don’t necessarily need to shoot stuff too.

SOMA made me feel at home, back when video games did so much more for me.

The game switched to PATHOS-II after a peculiar time jump explained by the brain data of our protagonist having been recorded and then reused. The game then takes place among several ocean complex buildings that I had to explore, and sometimes walk across the ocean floor to reach the next complex. 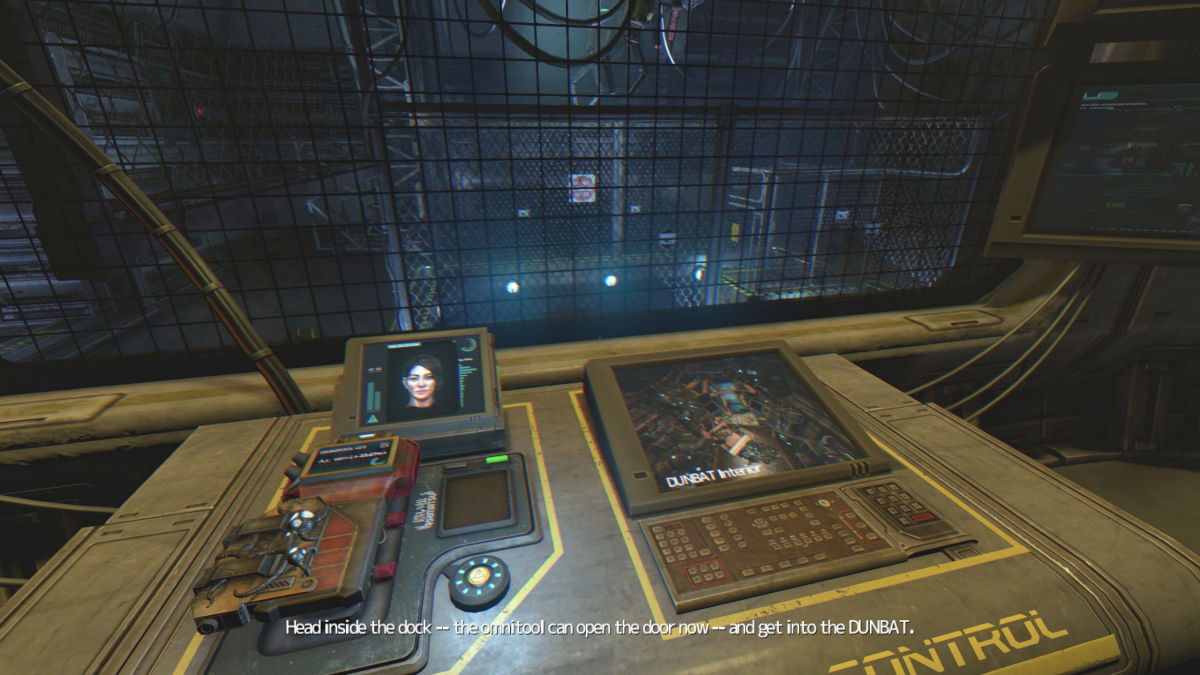 After a few eerie encounters with robots believing they’re humans, I found one self-aware exception in the form of Catherine, which I uploaded to a handheld omnitool I was always carrying around. From then on I could sometimes attach the omnitool to a computer panel and she would appear on a monitor, complain a little about the sensation of awakening like this, and then talk to me about what to do next.

The game was pretty much linear, with many doors to open and obstacles to bypass. Sometimes monsters appeared roaming a dark area, and just like in their previous game, Amnesia: The Dark Descent, I then had to stealth around it. Luckily I had chosen the safe difficulty setting so they wouldn’t be able to just kill me over and over. I never once regretted this decision.

The overall goal was to find a vehicle (or an alternative way of transportation) to reach the deep abyss and launch something called the ARK into space using a rocket. Yes, from the bottom of the sea.

Going into details. There are spoilers here.

I had problems switching to a lower resolution. The game took up part of the screen with the desktop still being visible in the rest of it. I had to override a high DPI scaling in the compatibility settings to fix this.