I played over an hour of this horror sneaker, up until I was given an injection and put in a small cell. That was after the part where I had to restore power in the basement. I’m not a good demographic for horror games anymore, though. It takes a lot to scare an old geezer like me anymore. Sure, the jump scares can get me, but anyone can be surprised by a sudden shout in the neck.

Also, the hiding in the lockers reminded me too much of Alien: Isolation.

But the game was still well done. Good graphics, solid sound work, and the body awareness with hands and all was nice. Armed with only a camcorder, I could film stuff to take notes and switch on the night vision, which was frequently required in the often pitch black mental hospital. Sometimes there was a monster roaming an area, like the cellar where I had to turn on two gas pumps and a main breaker to restore power. Lots of sneaking and running around there.

There was a strange part in the beginning where I had to sneak past a few sitting brutes watching snow on a bloodstained television. They must have seen me, but they ignored me. I’m not sure if the fact that I had to do this was good design. If only I had felt the horror of this sequence. 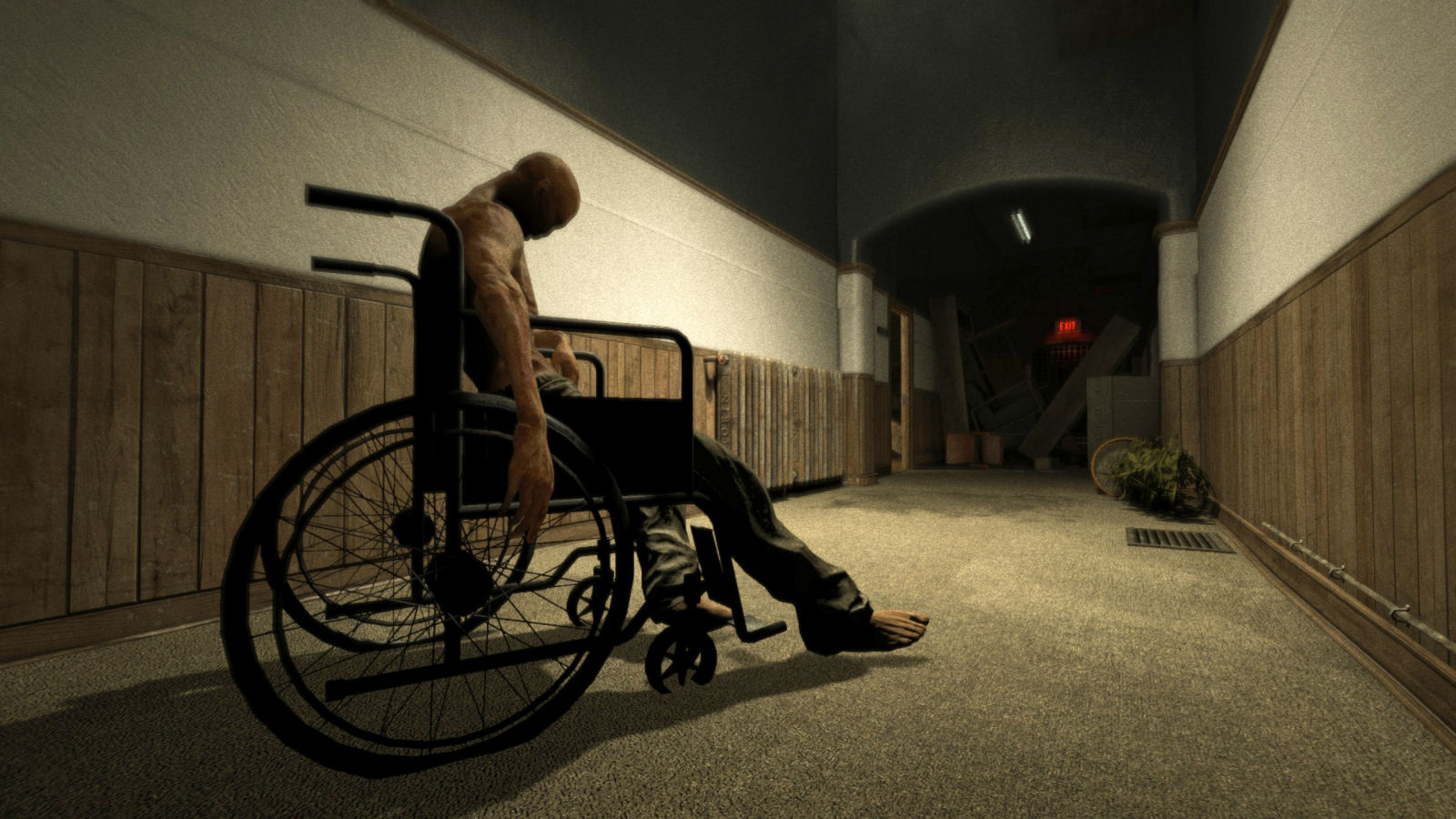 Later, monsters were hunting me down in areas that again reminded me too much of that other game. Sometimes one spotted me and smacked me sideways. Sometimes running and hiding in a locker wasn’t fast enough and it immediately opened my locker for more smacking around.

The night vision in the camcorder drank battery power like hot sand vaporizing water, but luckily there were lots of new batteries to find on e.g. shelves. The game was also quite linear, with doors locked until the right moment, so it was easy to check out most corners. Doors could be opened in a noisy instant or kind of pushed open with my body (a little odd) which was stealthier.

Also, the lean buttons could be used while running, for a quick look behind me.

If anything, the game seemed to love jump scares a little too much. More tense moments without any at all would probably have worked wonders. Also, our journalist hero often couldn’t stop his scared panting long after getting past a brute. And his footwork was quite noisy.