A very short facile adventure. It took me about 66 minutes to get through it.

I spawned in the middle of a big desert area and had to find more than a dozen points of interest. Usually temples, cities and huge statues with an object to click for a screen of white text. Time was slowed down significantly and that gave me a few minutes to seek out two or three of the points before an asteroid brought upon the apocalypse. It was not possible to visit all points in one session alone. 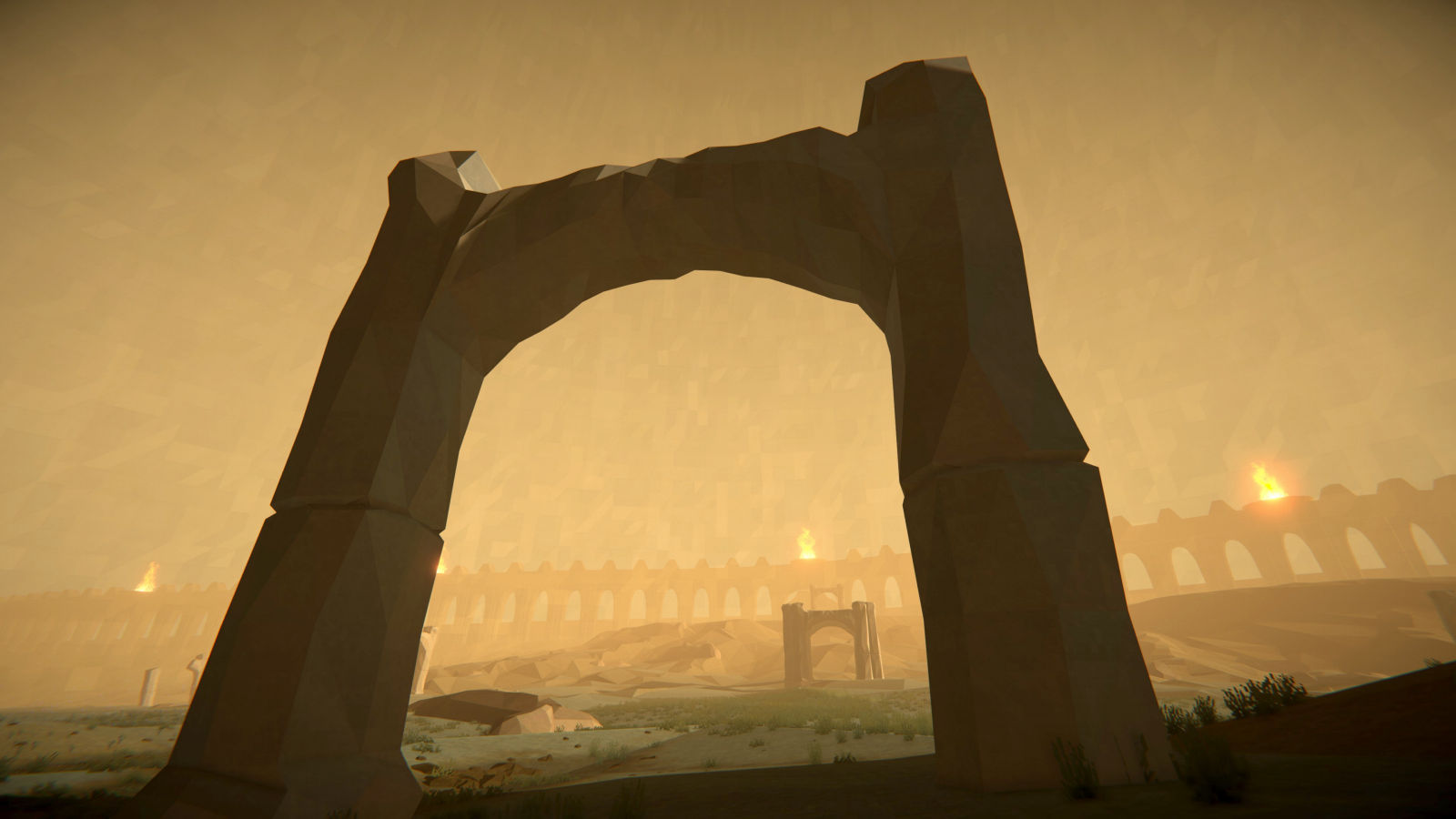 Oh, the irony. I just came from Outer Wilds, another game that gave me limited time to explore before a celestial event annihilated everything – forcing me to start over again.

Now, the day after, I happened to play another game with the exact same core idea.

The game was a nice and relaxing experience. The polygon design of the beige desert, the excellent lighting, and especially the soothing music made it worth the price of admission.