END_OF_DOCUMENT_TOKEN_TO_BE_REPLACED

After some random exploration, various side quests and most of the quest line for the Minutemen, I have finally decided that I’ve seen what I want to see of the vanilla version of Fallout 4. Maybe I’ll be back for some DLC later. I got to level 55, with 264 locations discovered and 108 quests completed. I maximized hacking and lockpicking relatively early and kept to mostly using single shot rifles, sometimes assisted by an automatic rifle with explosive bullets whenever I had ammunition for it.

The game generally had a bit too much street fighting for my liking. There were hardly any place I could go in the world where a gun fight wasn’t taking place somewhere in the distance. It often sounded like New Year’s Eve. Brotherhood of Steel was also quite aggressive and often had a Vertibird or two flying around. Hey, we have a skirmish over here, come on over and help us out! Sometimes it spiced up the action and was fun to take part of, but as said before, I still think they overdid it. There were situations where I just wanted to do a quest and was constantly pestered with skirmishes on the way.

By the way, I have a weird tip for you in case you’re bored watching loading screens. You can rotate the model by holding down the left mouse button and then move the mouse around. You can also toggle the green soda filter by hitting the V.A.T.S. button. I wonder if there’s more that can be controlled like this on the loading screen? It’s important.

END_OF_DOCUMENT_TOKEN_TO_BE_REPLACED

I’ve completed the main quest and a bunch of side quests as well, and have reached level 43. I’m far from having completed the game though, as there’s still a ton of spots I’ve never visited on the map. Knowing Bethesda, there’s bound to be a lot of side quests I haven’t seen yet. As an indication of this, I’ve only found half a dozen companions so far and I know there are a lot more. That being said, I actually played solo for a while after having maximized Piper’s and Nick’s devotion. I don’t know, I guess I can’t ever shake the desire to be a lone wolf in games like these. I like not being dependent on anyone else than myself.

My main weapon focus has been on rifles. I maximized the perk for rifles, and I currently have a legendary combat rifle on the first slot plus a legendary shotgun on the second. The shotgun does awesome damage but also have a ginormous recoil as part of the legendary attributes, which probably explains why I can’t mod it away. I also made a Gauss rifle my first sniper choice. A long scope, warming up the shot, and then holding my breath for a precise shot – not a lot of enemies can survive a direct hit from that. And finally, I have a missile launcher for when the enemies get too close to each other.

END_OF_DOCUMENT_TOKEN_TO_BE_REPLACED

I always take a lot of screenshots in all the games I play, and spending so many hours in the company of a big open world RPG such as Fallout 4 inevitably results in a few funny ones as well.

END_OF_DOCUMENT_TOKEN_TO_BE_REPLACED

I’m now level 27 and close to completing the main quest of the game. After a lot of random exploration I decided I wanted to see some quest action, so I went down to Diamond City, got myself a bunch of quests, and started following their chains. If there was still a samey feeling of going through the motions, the fresh quests along with getting to know the companions helped a lot to keep this at bay. Some of the quests even have better writing or humor than I expected.

Given how much the quests spiced up the game for me, I’ll have to say that it’s a shame there are so few of them in the beginning for my type of player. I didn’t want to bother with the settlement crafting quests offered for Sanctuary Hills, and then it was only when I reached as far down as Diamond City that it felt like I finally had a nice palette of quests to work on.

The companions have been upgraded a lot compared to all previous games made by Bethesda. They’re no longer boring automatons just for extra firepower or junk storage. They comment on a lot of stuff, even small things like me picking something up. They sit down for a drink while I sniff around in drawers and desks. At my home they will use the crafting tables that I’m not currently using myself. They like or dislike my moral actions to quest dialog choices. And if they like you well enough, they will offer you a personal quest. There’s no doubt in my mind that BioWare has been subject to a lot of scrutinizing here, but it’s also one of the areas that I approve of the most. It adds a great layer of immersion and maybe it also makes me want to try out more companions.

Only one of us is gonna survive this, and it ain’t gonna be you!Super Mutant Suicider in Fallout 4

It didn’t get far after my previous blog post before I finally stumbled upon the nasty low resolution texture bug everyone has been talking about. I merely used an elevator to reach a highway bridge. Almost all of the entire road up there was bugged. 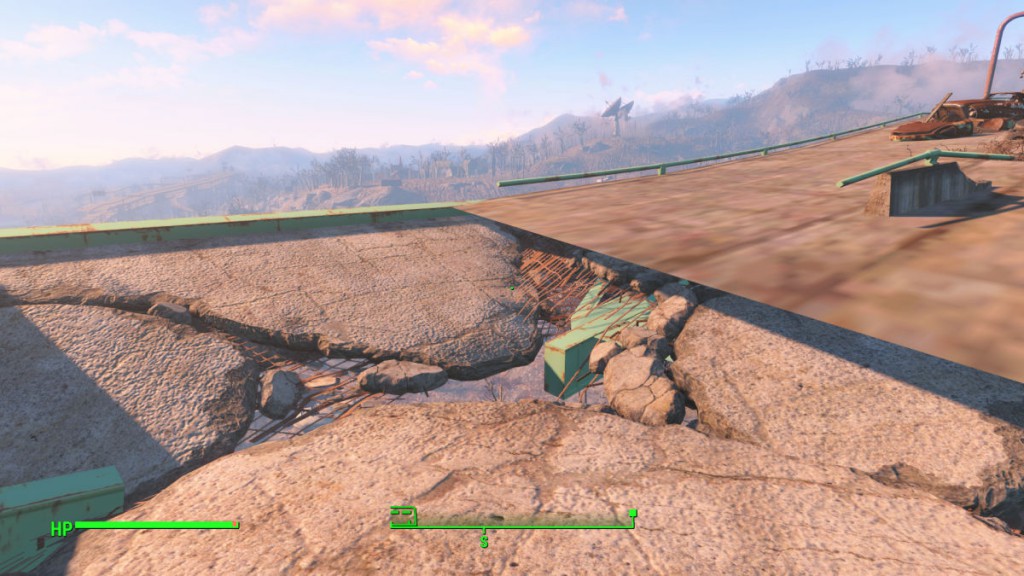 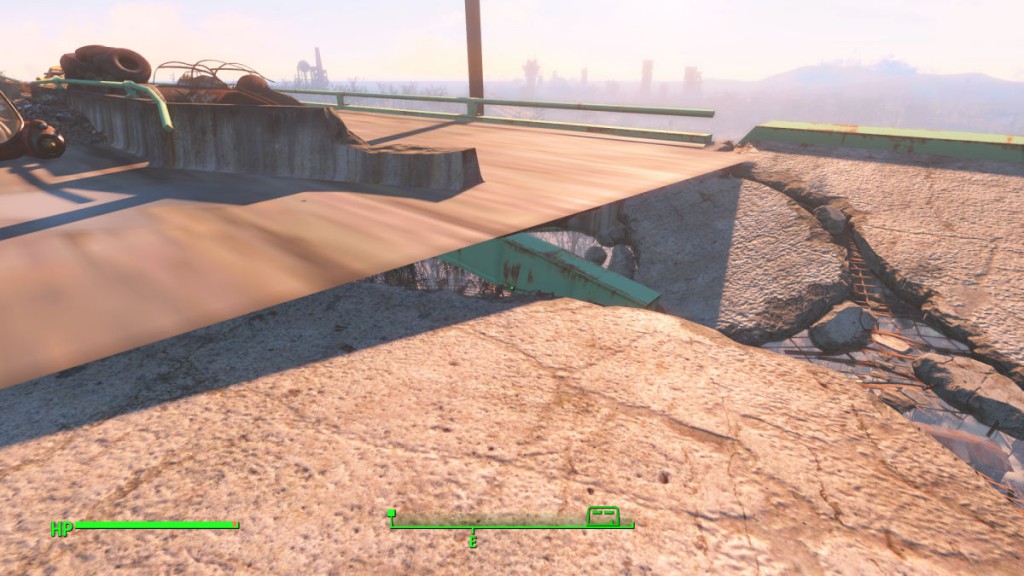 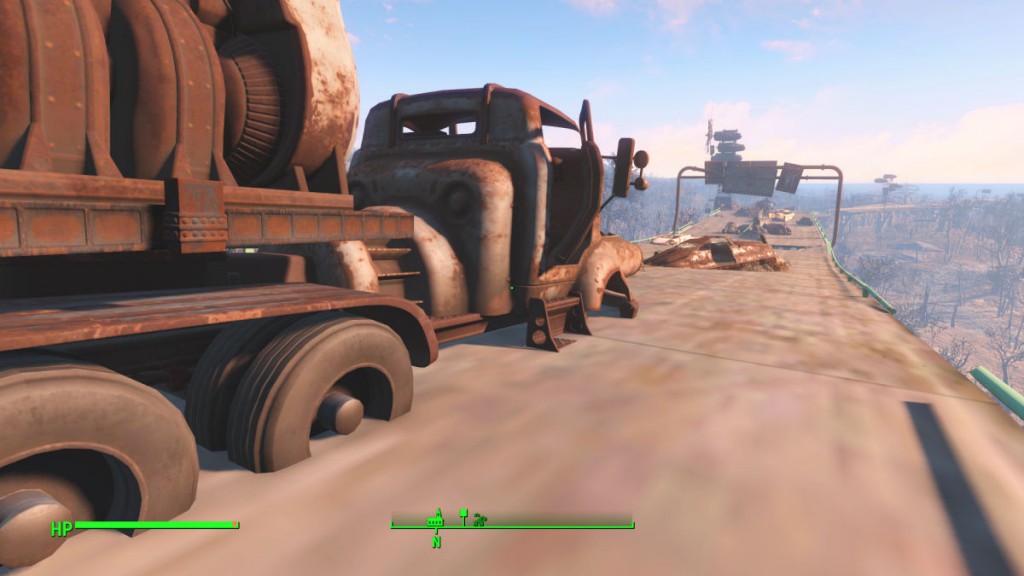 Close to the end of the highway bridge I even fell through the texture and was killed.