END_OF_DOCUMENT_TOKEN_TO_BE_REPLACED

This turned out to be a side-scrolling adventure game with a smattering of cover shooter. The dark graphics and the strong ambient soundscape immediately reminded me of The Swapper.

I fell to a planet as what looked like an android or a robot, only surviving the friction of the atmosphere due to a nifty antimatter shield. I crashed through the surface and into a dungeon of underground corridors. It turned out the “robot” was actually a suit around a real human, but because he (?) was injured and now unconscious after the fall, the AI of the suit had taken over and was now in charge.

An autonomous suit walking around with a knocked out human inside. That was certainly unique. 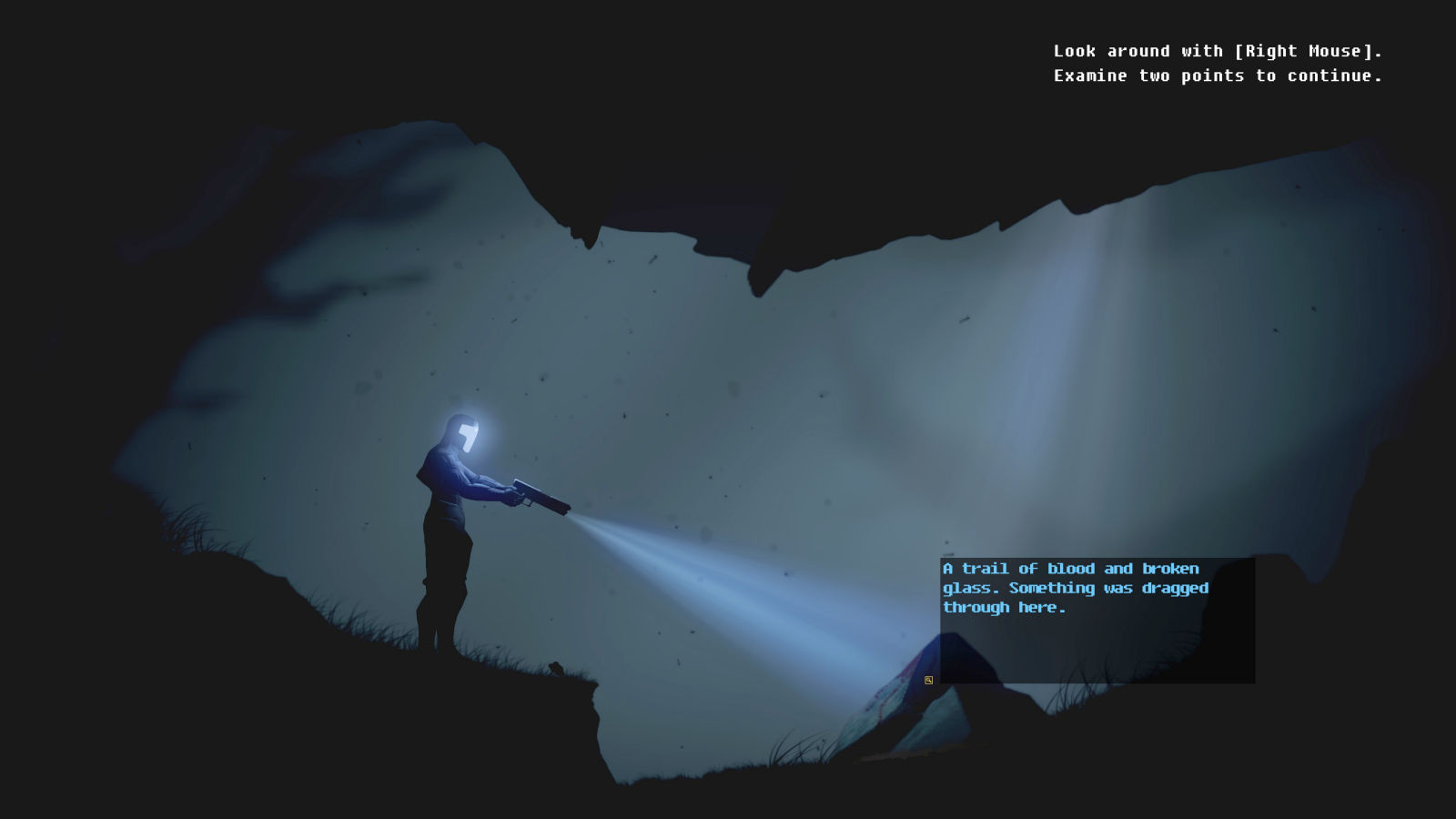 The game was mostly an adventure game. I had to turn on a flashlight that could be moved around with a mouse, and only when shining on a hotspot did it go interactive. I could then use this item, use something on it, or use a network action which first had to be activated in my suit at a later time. In fact, the suit had a lot of cool abilities that were restricted and thus turned off at first.

END_OF_DOCUMENT_TOKEN_TO_BE_REPLACED

Inspired by the update in the previous blog post about The Talos Principle, I have decided I’ll switch to full diary style, adding to the same blog post as I play more sessions of a game. I realize this is quite uncommon – normally blog posts are a one-shot article and then never updated again – but I’ve already had exceptions to this rule.

Another reason is that I’ve never felt that I’ve found a really solid template for writing my impressions about the games I play. This new diary style can thus serve as another experiment in trying to find my voice.

Perhaps needless to say, there will be spoilers in this new diary style.

This game was only five years old? The way it started, i.e. in a window, maximum 2K resolution, options all reset and with a tiny menu text, made it feel older at first. For some strange reason the music was also turned down to zero. But other than adjusting all this, it seemed to work fine in Windows 10. 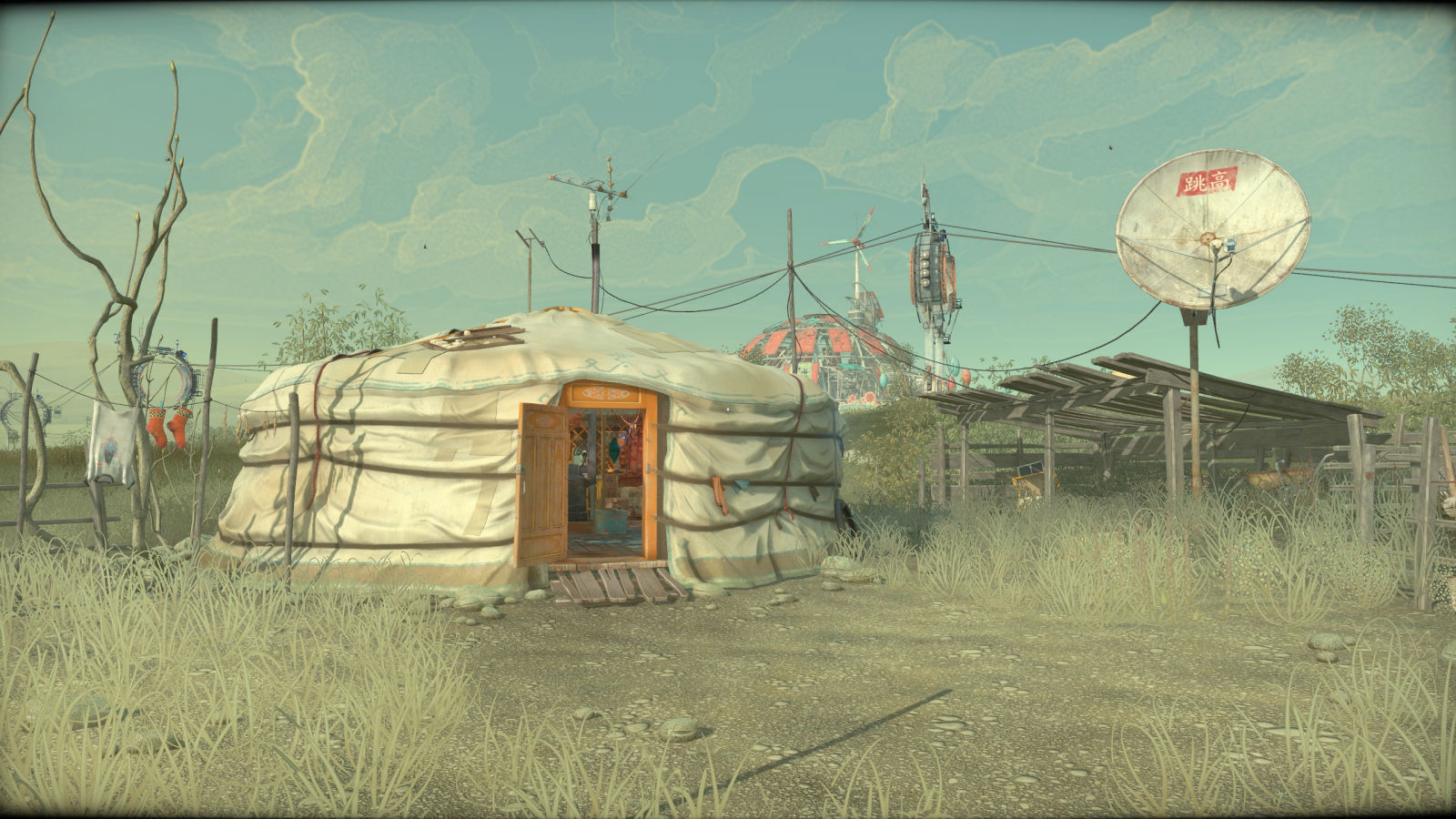 I “woke up” (whoever I was) with an amnesiac hangover inside a small Mongolian yurt, which is sort of a circular tent. Control was in first person with no body awareness. The level of detail in this tent was quite impressive. There was a ton of stuff to go through, picking up some things for my inventory. Left mouse click held an item in my hands at first, and a hotkey then put it away in my small inventory.

END_OF_DOCUMENT_TOKEN_TO_BE_REPLACED 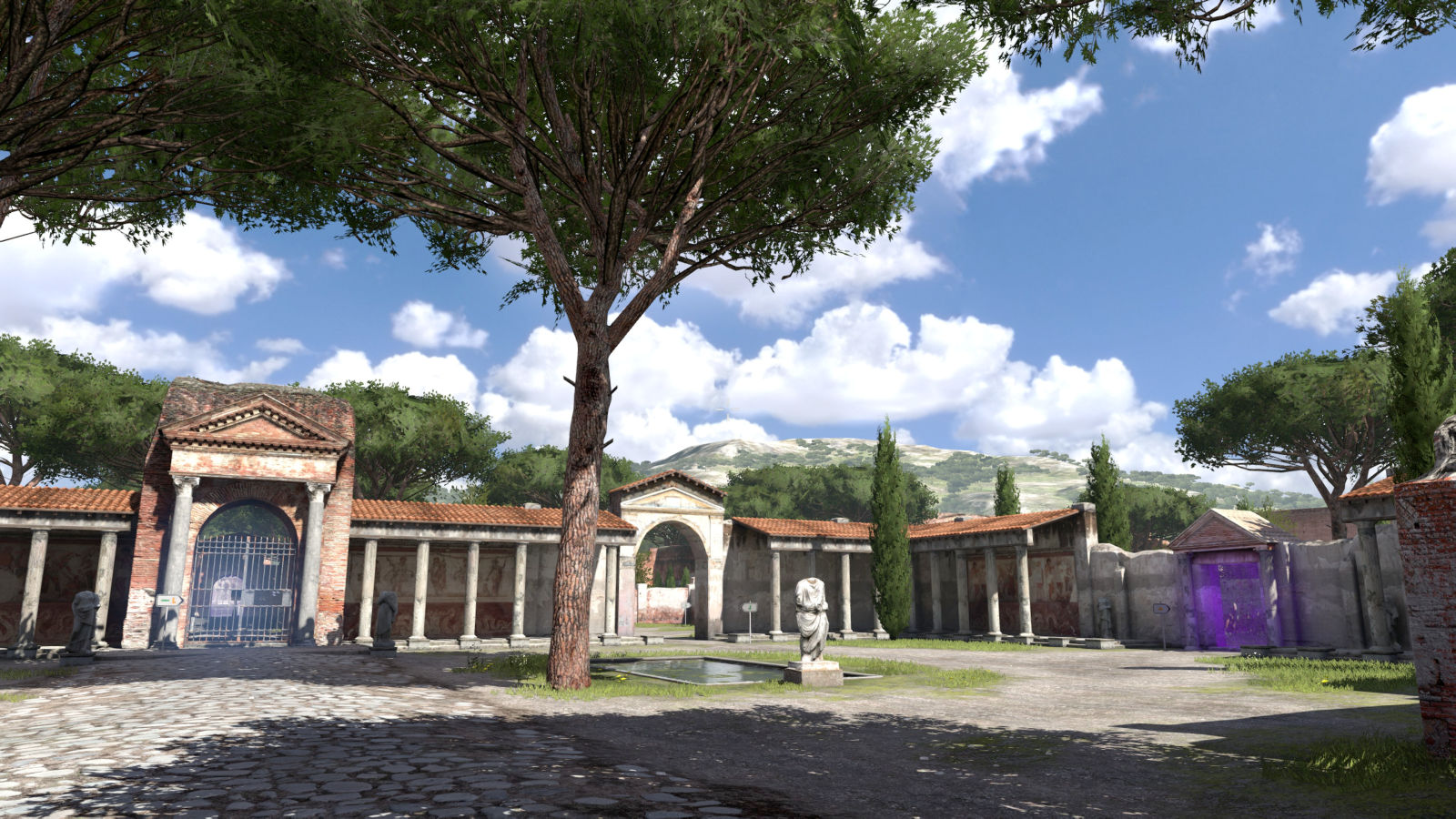 END_OF_DOCUMENT_TOKEN_TO_BE_REPLACED

This is a mixture of my viewpoints and predictions put into a table where I can later state TRUE or FALSE, should some actually be answered. However, many are of a nature that probably won’t be answered in my lifetime (maybe even never) but it’s fun to make these lists anyway. Also, you’re welcome to discuss one or more of my predictions in the comments – as long as you’re being decent, of course.

END_OF_DOCUMENT_TOKEN_TO_BE_REPLACED

This was a cute and easy adventure climbing/puzzle game

UPDATE: This game was so endearing that I actually went out and bought a gamepad so I could complete it. And it was worth it. It had unique fantasy settings and a strong emotional impact. I’ve expanded the blog post.

The premise was quite unusual – a single player coop game. Now how did that work? Well, I controlled two brothers simultaneously, with each there own set of direction-and-action keys. Sometimes they had to help each other, like the big brother giving little brother a hand to reach an edge, or they had to cooperate, like moving something that required them both pushing the same pole. 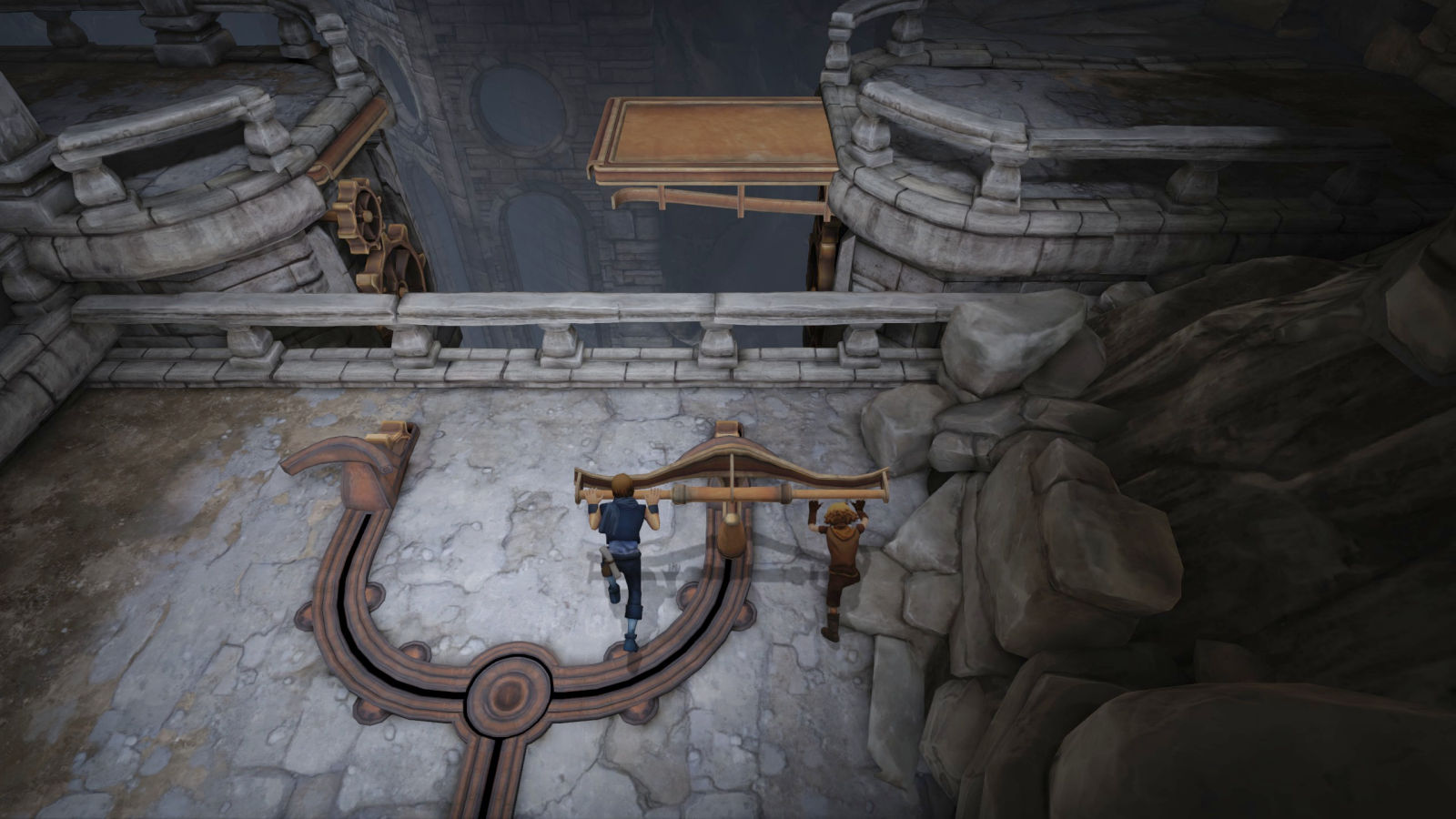 The game had easy coop puzzles that I could usually figure out on the spot, which was lovingly relaxing. The story was also simple. An adult (probably their dad) was ill and the doctor sent the two boys on a journey to fetch the remedy. This took place in a fantasy world not entirely unlike that of the Fable series. We went through a village, fields, farms, dungeons, rivers, castles, and much more.

The game had a strong caveat from the developer that a gamepad was required. If you know my gaming habits from previous blog posts, you’ll know that I never used a gamepad. Always keyboard and mouse. I’ve completed a few games that were notorious for being neigh impossible without a gamepad, just to prove that it could be done after all – for example, ABZÛ.

However, after about a little more than an hour, I decided to bite the bullet.

END_OF_DOCUMENT_TOKEN_TO_BE_REPLACED

After about 7 years of development, the fifth and last act of this point-and-click adventure game was finally released in early 2020. That was the moment I had patiently been waiting for. I wanted to play all five acts in one go, like binge-watching a television show.

Kentucky Route Zero is one of the most atmospheric adventure games I’ve ever played. It was also one of the easiest. While I wouldn’t call it a walking simulator, it was virtually void of puzzles. 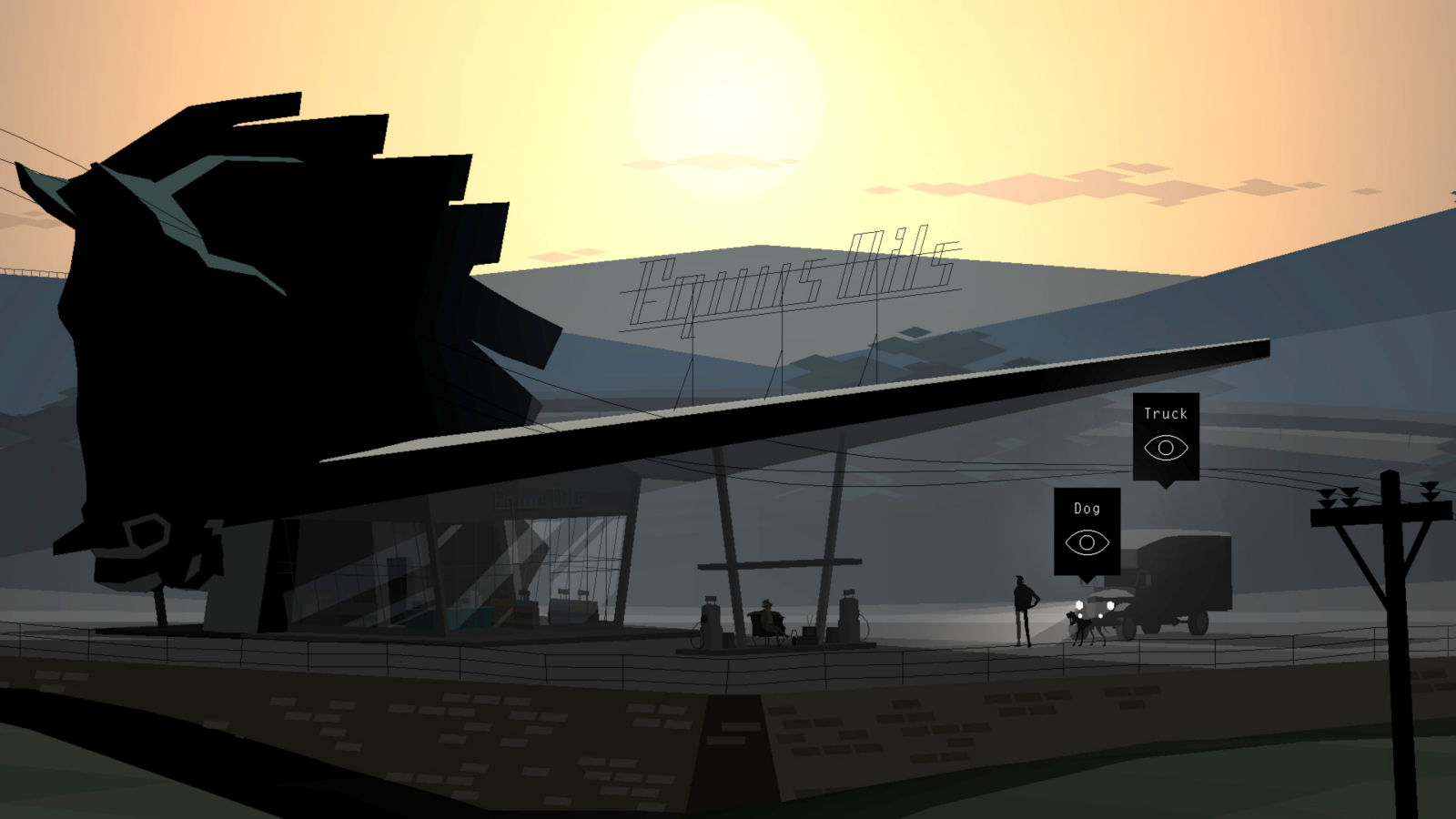 I have seen a lot of comparisons to Another World, but that only relates to the graphics. The gameplay was of course completely different. The game really wanted to twist the hackneyed point-and-click adventure game concept on its ear, and it was refreshing to me. It used flat-shaded 3D polygon graphics and mostly scrolled sideways, but there were exceptions where the scenery was rotated in place or zoomed in.

END_OF_DOCUMENT_TOKEN_TO_BE_REPLACED

During my time on Steam, I’ve received the odd game here and there that didn’t necessarily align with my own taste in genres. It may have been free games, games given to me by a friend that had several keys of the same game to give away, or games that for other reasons just kind of popped up in e.g. my Steam library without me knowing how they ever got there in the first place.

Instead of just discarding these game straight away, I thought I might at least play them for about half an hour or so, now that I have them anyway. Who knows, maybe one of them would turn out to be a surprise that I would actually want to finish.

This will be the first in a series of blog posts.

After a stint on the Period blog I’ve decided to return to Olivi again. I didn’t like the font for the body text in the other theme and I was also missing this blog theme which has been my home for so many years.

Regarding the major reason for leaving in the first place – that blog posts in the loop didn’t always look like they were separated in a convincing manner – I’ve tweaked the style sheet a bit to add a little more space between them. This helps giving a better impression of where the featured images actually belong.